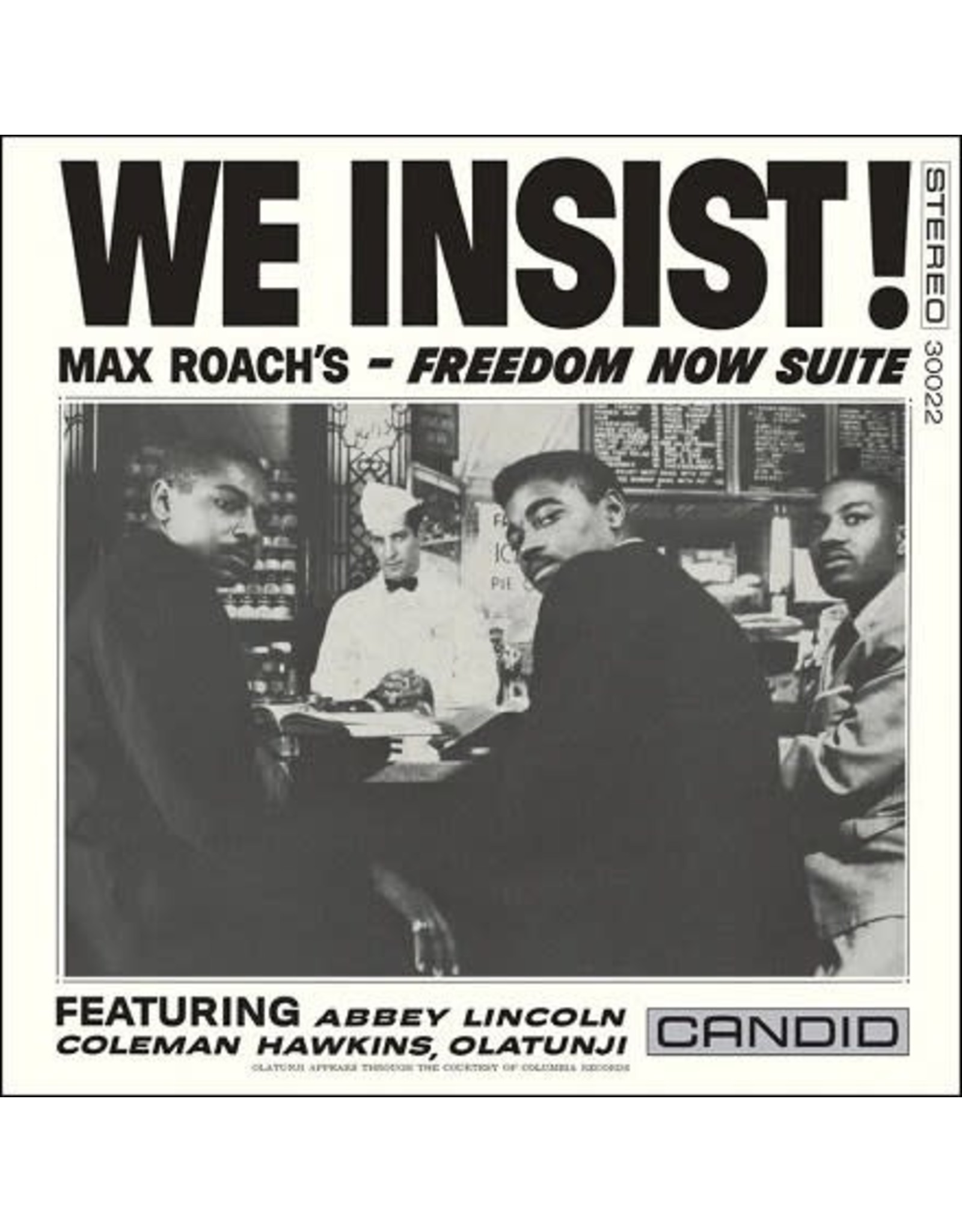 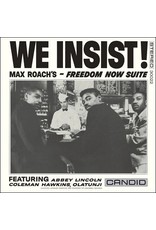 An avant-garde masterpiece, a vocal-instrumental suite, a work of collective improvisation, directly addressing the racial and political issues of it's day, We Insist! Max Roach's Freedom Now Suite is one of the most important artistic statements of the Civil Rights Movement and one of the most groundbreaking jazz albums of all time. Roach was already almost a decade into his career as one of the most influential jazz drummers and composers when he teamed up with lyricist Oscar Brown Jr. to collaborate on a piece they planned to perform at the centennial of the Emancipation Proclamation in 1963. The urgency of the civil rights movement and the momentum gained from the "sit-ins" which began at a lunch counter in Greensboro, NC, inspired the artists to commit the project to record in the fall of 1960.

Recorded just months after the February 1960 Greensboro sit-ins, the album stands as an early musical testament to the burgeoning rage, anger and passion that would take the Civil Rights Movement from its early victory in Montgomery in 1955 into a future that would dramatically alter race relations in the United States. The second release from the newly launched New York City based jazz label Candid Records, and produced by label co-founder, famed music critic and social activist, Nat Hentoff, the album is a bold statement, focused on civil injustices in black history ranging from slavery to contemporary racial prejudices, and featuring some of the finest jazz musicians ever, including Abbey Lincoln, Coleman Hawkins, Eric Dolphy, Booker Little, and Michael Babatunde Olatunji. The 5 movements of the work are organized as a historical progression through African-American history, a shape similar to the one in Duke Ellington's Black, Brown and Beige. The Freedom Now Suite moves from slavery to Emancipation Day to the contemporary civil-rights struggle and African independence.

This 180g vinyl LP reissue, mastered from the original master tapes by Bernie Grundman, includes extraordinary liner notes written by Hentoff himself, giving a context and insight that adds to the experience of hearing these magnificent performances. 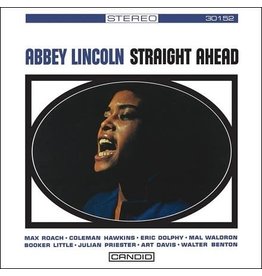 Abbey Lincoln's distinctive vocal style, thought-provoking writing, and spirited personality has secured her a place among the jazz greats. Though she made her first recording for Riverside, and later in life for Verve, it was with the young and audacious
Add to cart
Lincoln, Abbey: Straight Ahead LP
C$34.99
Please accept cookies to help us improve this website Is this OK? Yes No More on cookies »