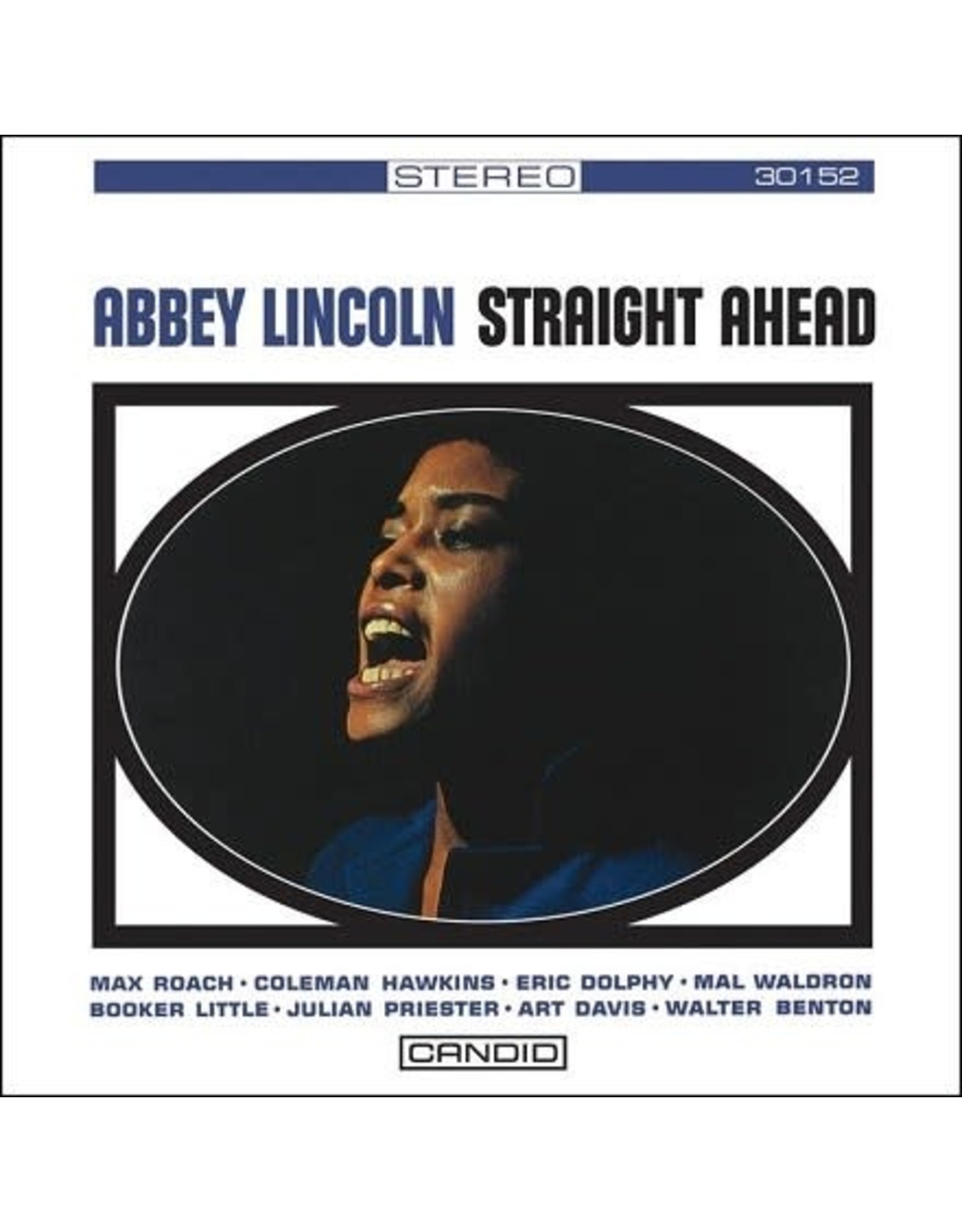 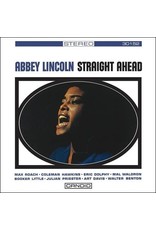 Abbey Lincoln's distinctive vocal style, thought-provoking writing, and spirited personality has secured her a place among the jazz greats. Though she made her first recording for Riverside, and later in life for Verve, it was with the young and audacious Candid Records that she made her biggest musical statement, 1961's Straight Ahead. It's one of Lincoln's greatest and most important recordings. A testament to her credibility and talents, the section on this album includes saxophone giant Colman Hawkins, the great Eric Dolphy on reeds, trumpeter Booker Little, pianist Mal Waldron and the iconic drummer Max Roach.

In the autumn of 1960, Lincoln participated in a recording session with Roach that would change the trajectory of her life and career. Roach's We Insist! Freedom Now Suite, one of the most ambitious avant-garde jazz pieces of all time, and one of the most important artistic statements of the Civil Rights Movement. The following year, with most of the same line up of musicians from the We Insist! sessions, Lincoln recorded Straight Ahead, finally putting on tape the Abbey Lincoln she had long wanted to be. "I'm not holding back anymore" Lincoln said at the time. "It's a hell of a good feeling to come out into the light."

The album showcases the power and emotional range of Lincoln's singing and her vividly persona timbre and phrasing. Her explicit emotionalism and liberties with pitching and intonation push her intentions and execution to the verge of separation – contemporary acquaintances including Thelonious Monk and Charles Mingus were also expanding her ideas and technical ambitions – but Lincoln sounds nonetheless like an artist inhabiting a musical world increasingly her own.

This 180g vinyl LP reissue, mastered from the original master tapes by Bernie Grundman, includes extraordinary liner notes written by Nat Hentoff himself, giving a context and insight that adds to the experience of hearing these magnificent performances.