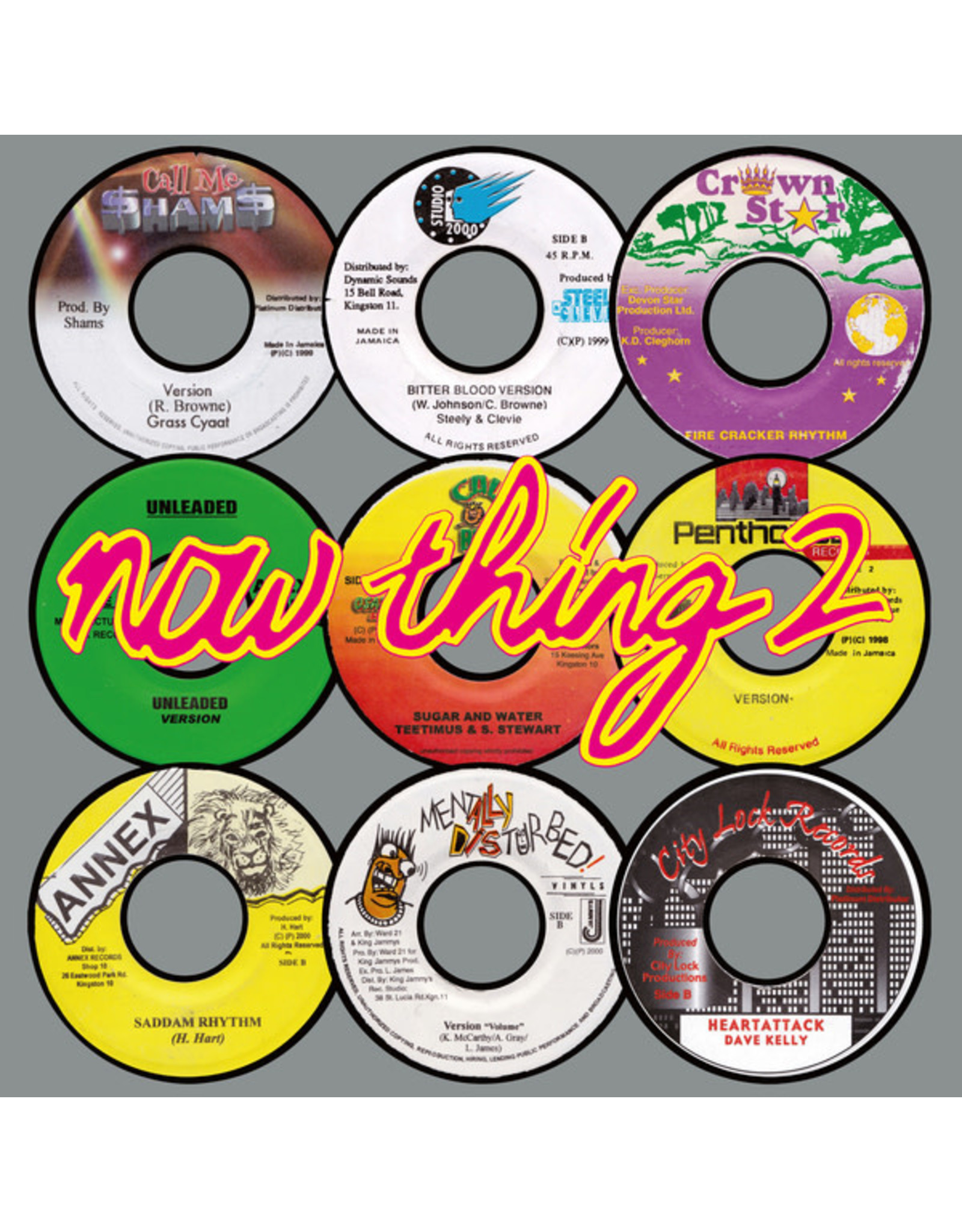 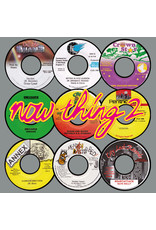 Resetting the timeline to 1997-2020, ‘Now Thing 2’ expands on the crucial first set - which was a gateway to the world of dancehall for many heads - with deadly cuts from the scene’s leading producers; spanning Dave Kelly to Steely & Clevie, from NYC’s Bobby Konders to Ward 21, and including killer side-spins on ‘90s rave and R&B. Two decades since the first set, it’s astute to say that dancehall has exerted a huge degree of influence over dance and club music of all stripes over the interim. Much like how roots reggae and dub influenced disco and post-punk in the ’70s; Dancehall, with its origins in the digidub of Jammy’s ‘Sleng Teng’ riddim, has irrevocably informed jungle, rap, garage, and even pop and techno for the past generation, and ‘Now Thing 2’ is the strongest primer you’ll likely come across.. It’s a proper sound-system thing, deeply rooted in the competitive, inventive nature of Jamaican music, which would, according to ‘Bass Culture’ writer Lloyd Bradley’s liner notes “constantly reinvent itself as a way of staying ahead of the sound system on the next corner.” With access to new technology, producers persistently pushed their paradigm along the axes of function and distinction, with each asserting their individuality in a syncretic style and its permutations of tresillo drum patterns, all at the service of bringing bodies to the dance and keeping them there. The 16 tracks here lead directly from its predecessor with updates of highlights from the first, notably Richard Browne’s darkly dubbed ‘Grass Cyaat Refix’ and the return of Lenky (whose original ‘Now Thing’ rhythm lends the sets’ titles) alongside Andrew Thomas on the haunted fairground pressure of ‘Bad Mongrell’, while prolific dancehall architects Steely & Clevie serve the jabbing ‘Bitter Blood’, and Ward 21 come with the brooding badness of ‘Volume’. ‘Now Thing 2’ comes into its own however, via its more obscure, mutant workouts. NYC’s acid house legend Bobby Konders supplies 1999’s rolling ‘Lickshot Rewind’ from his dancehall label Massive B, and Crown Star Productions let off zinging rave hoovers on the mighty ‘Fire Cracker’, with Donovan Germain’s half step 140bpm rework of Timbaland’s Aaliyah classic ‘Are You That Somebody’ highlighting the vital dialogue between dancehall and mainstream charts. Compiled by Felix Hall, Lil Toby and Richard Browne, with art and design by Will Bankhead and Oliver Payne (also behind the first volume in 2001), ‘Now Thing 2’ is future-proofed for the next 20 years, and should be considered ultimate listening by a new generation of listeners and ravers who are increasingly cognisant of dance music’s important roots in Jamaican dancehall culture.