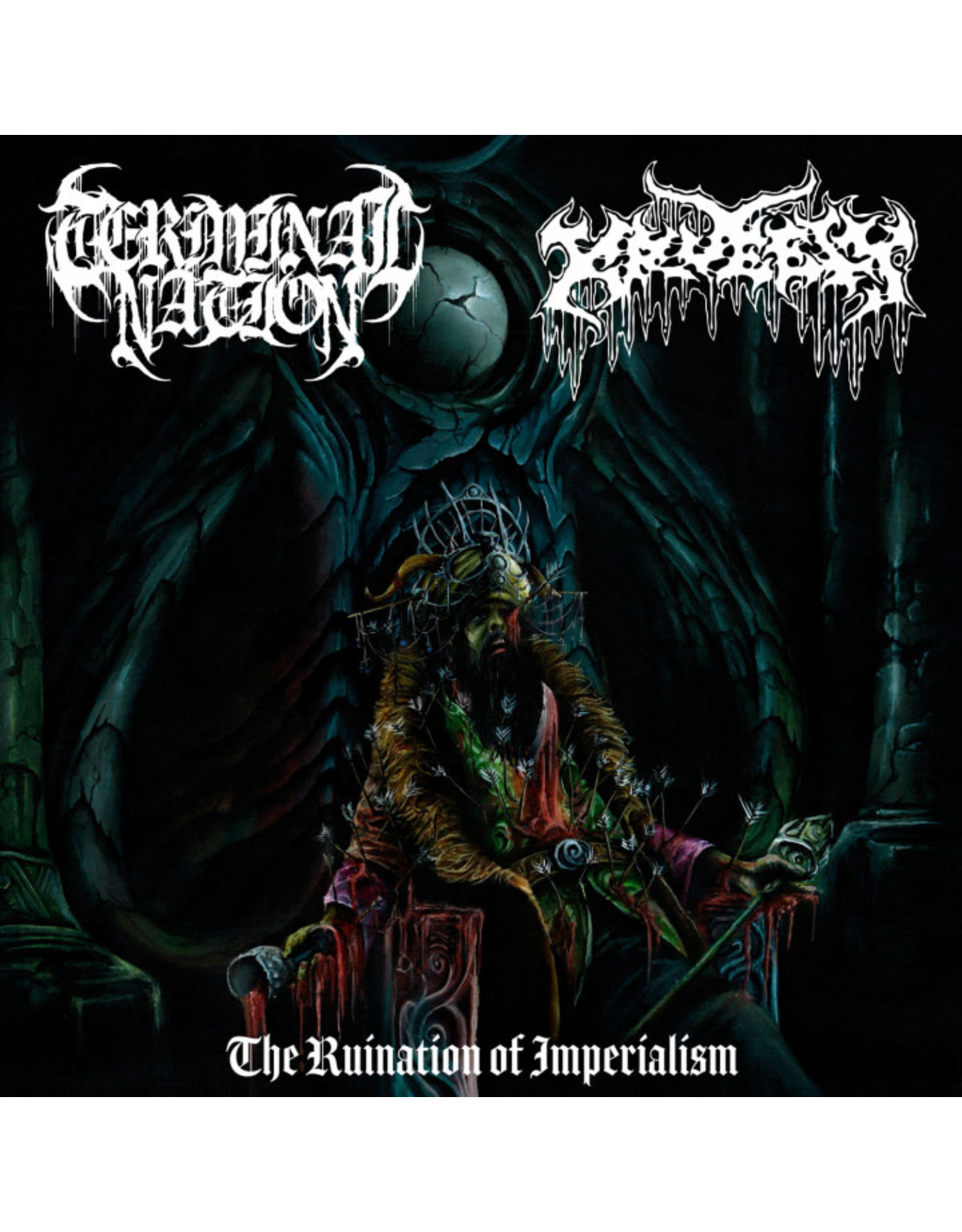 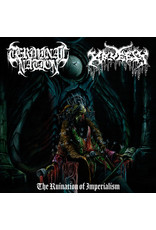 The second split release of the year from 20 Buck Spin sees the return of Terminal Nation for the first time since the crushing Holocene Extinction album released in the bleak pandemic summer of 2020. Joining them on the split is Japan’s ultra heavy kingpins Kruelty, fresh off tour dates in both the U.S. and Europe after releasing the furious A Dying Truth and Immortal Nightmare in 2020.

Reinforcing the fact of being one of the heaviest bands on the planet, Terminal Nation offer three new tracks on the A side, declaring all out war on the imperial masters pulling the world’s strings. The darkness of death metal and Bolt Thrower’s tank march matched with the ferocious power of the hardcore breakdown, the songs are teeming with a nation’s rage on the brink of boiling over into full blown chaos.

Kruelty similarly have found the sweet spot where hardcore meets old school steamrolling death and doom metal. “Suppression” and “Under Your Pressure” reveal some of the bands most punishing, structure-leveling riffs and bloodied beatdowns to date.