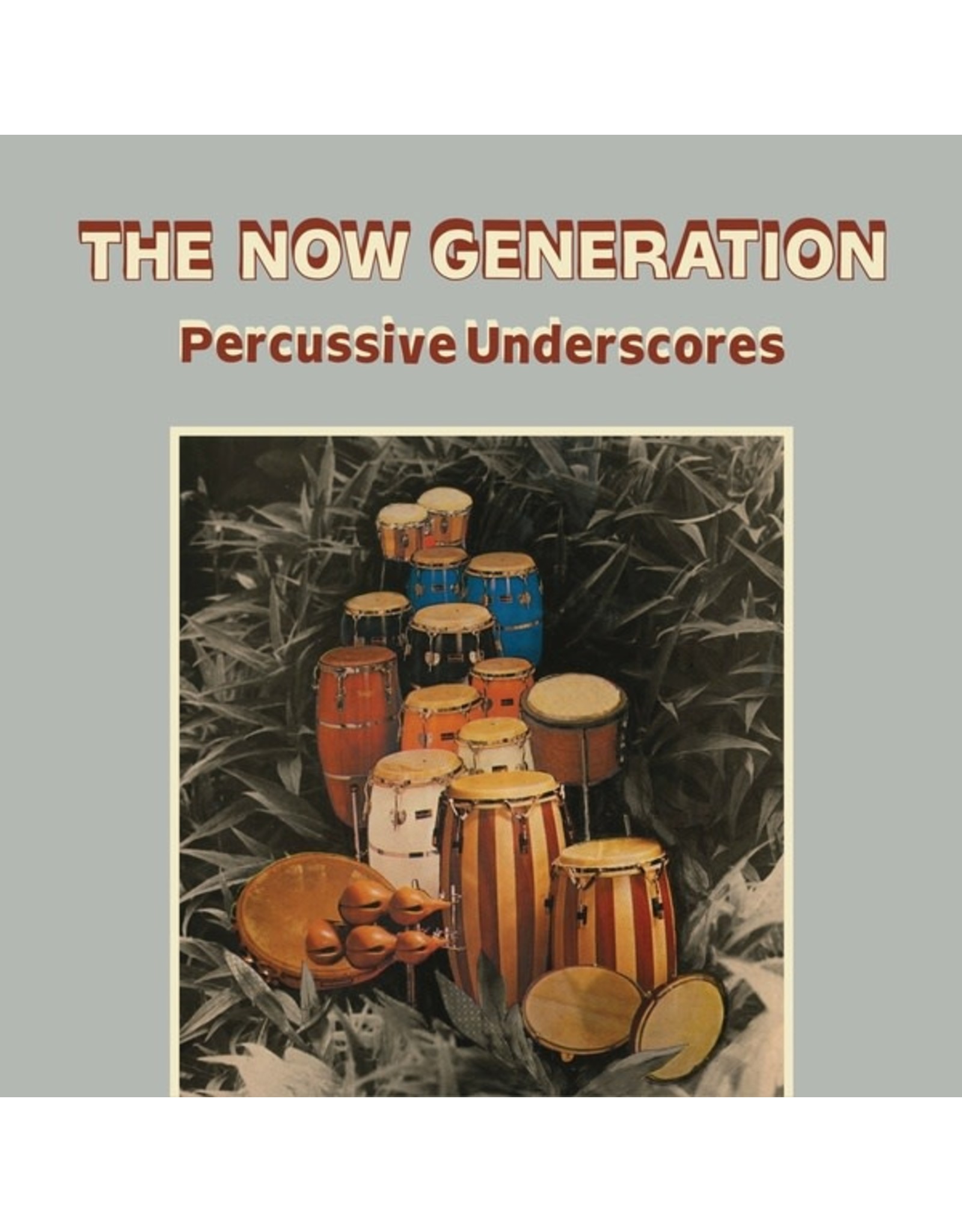 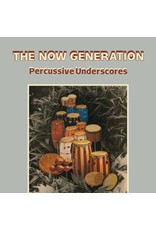 Reissue of Peter Lüdemann and Pit Troja's The Now Generation (Percussive Underscores), originally released in 1983. They say: "Documentary and industrial underlays for current themes of modern life". Be With Records say: Mind-blowing, percussion-heavy, Afro-tinged, cosmic-disco library bomb. An absolutely outstanding record from 1983 and definitely one of the hardest to find on the collectable German library label, Coloursound. The Now Generation (Percussive Underscores) is comfortably one of the very best library records full stop. The record comes galloping out the gate with a pair of rapid synthy-Euro disco bombs -- the title-track and "Panama" -- before slowing down to a woozy pace on "Inorganic Matter". "African Nightclub" sounds like it reads, and is a particular favorite of Prins Thomas. Indeed, it was used to great effect on his seminal "Cosmo Galactic Prism" mix for Eskimo back in 2007. It's followed by the dark, druggy, slow motion industrial groove of "Grease Plant" before "Southerly" lifts the tempo to close out side A with its Latin funk strut of bells and melancholic keys. For some listeners, though, it'll be all about the opener to side B: "Mechanical Heart". Seven minutes of building, mid-tempo disco-funk joy, deceptively explosive, club-ready gear for body and soul. The back cover dryly describes the track as "Guitar and percussion, light industrial underlay". Hmmm. How about, "after finally emerging from a particularly heavy week jamming in a sunless, lawless German warehouse, Chic warily press record on a wayward, illicit instrumental for basement gatherings". Just wait for those drums at the three-minute mark... The beatless ambience and menacing stabs of the proto-electro "Chemical Threat" follows, before the open drums and incredible fills of the metronomic "Steady Going" and fantastically monotonous funk breaks of "Nepal Trek" round out this sensational set. This is a library masterpiece in no uncertain terms, full of synth funk, Afro beats, exotica, leftfield madness, dancefloor dynamite, and all-around greatness. As with Be With Records' KPM and Themes reissues, the audio for The Now Generation comes from the original analog tapes and has been remastered for vinyl by Simon Francis. Richard Robinson has brought the original Coloursound sleeve back to life in all its metallic silver glory. 140 gram vinyl.