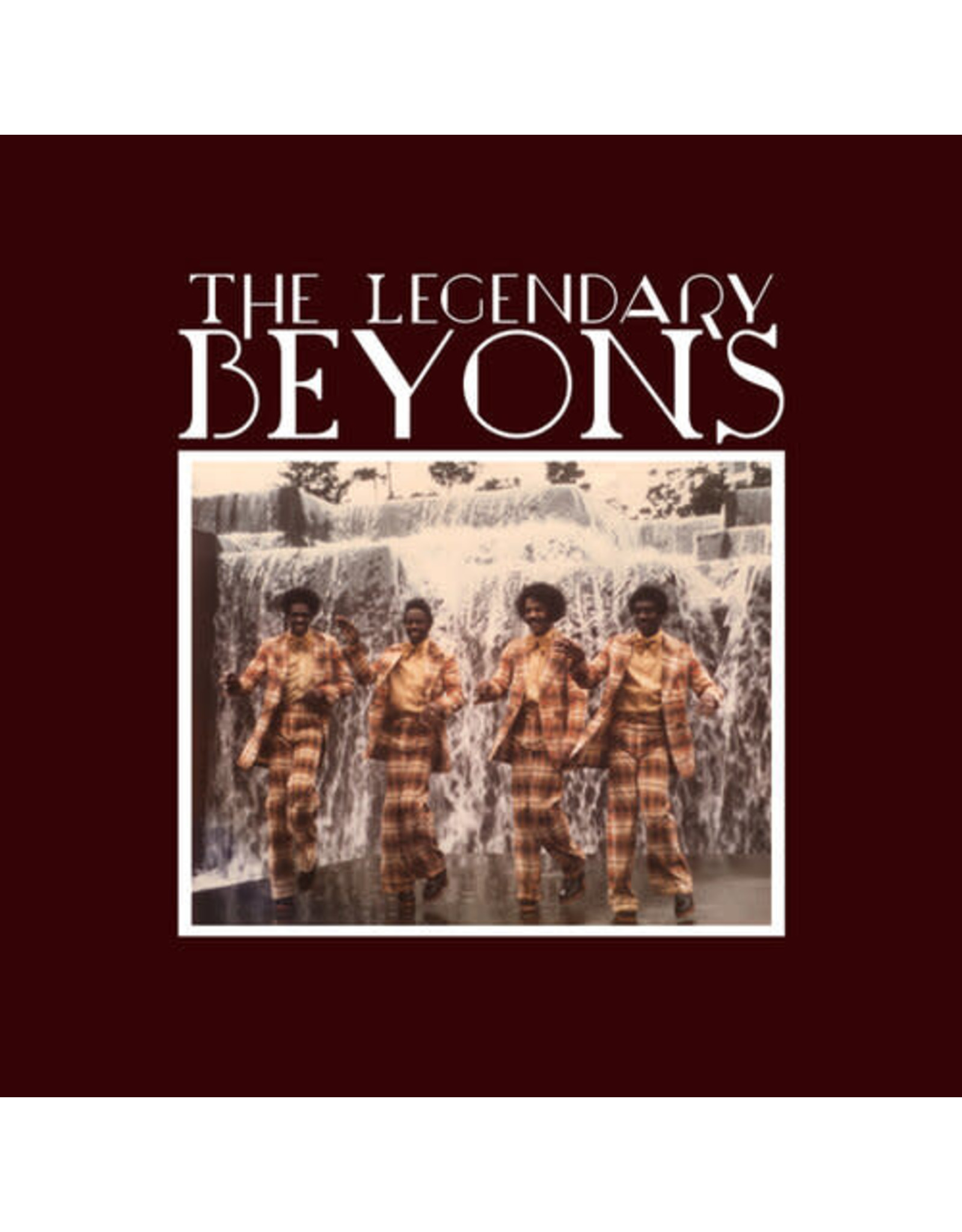 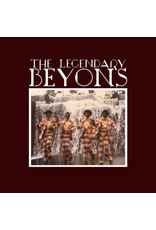 As with The Gangsters LP in 2018, Albina Music Trust now returns with another buried treasure from Portland’s past: the first ever release of this 1977 album by soul/funk group The Legendary Beyons. For over fifty years, The Legendary Beyons have delighted Portlanders with their music. And now, for the first time, their work  has been documented in this high fidelity LP accompanied by a detailed  oral history of the group. The album’s well-designed booklet features a  wide range of archival photography, serving as a period piece for the  uninitiated. On the cover of this previously unreleased 1977 album, there’s an  image that tells you nearly everything you need to know: four Black men, resplendent in custom-tailored suits, are working it with synchronized steps before the rushing falls of Portland’s Fourcourt Fountain. In their joyous faces is written a brotherhood that began when this core of  singers—Jeddy Beasley, Thurtis Channel, James Tims, and Ira  Hammon—endeavored to harmonize as The Legendary Beyons. The group’s  presence in this image reveals the richness of their soulful, Motown-inspired vocal sound. These songs are the culmination of a story that began when these  young men began singing in the locker room after basketball games at  Jefferson High School. As their reputation grew, The Beyons––with the  help of a crack backing band featuring arranger Dan Brewster and The  Soul Masters––aspired for greatness in Albina’s club scene. A litany of  touring acts on the Chitlin Circuit stopped through the area, performing  side-by-side with The Beyons: The Whispers, Bloodstone, Blue Magic…the  list is deep. But without a local recording industry or sustainable  income for gigging Black musicians, The Beyons never released a  recording in their heyday. This session represents a seasoned group roughly a decade into their  career. It is their only 20th-century recording that has survived. These  songs, ranging from the jazzed “Dreaming You In My Mind” to the quiet  storm of sweet soul ballad “There We Were, Here We Are,” spotlight the  group’s tightly knit harmonies––pleading, sensual, playful, and  romantic. Meanwhile, album single “Love Notes” comes as a burst of  energy and “Let’s Talk About Love” begets a cosmic intro calling upon  Greek philosophers Plato and Aristotle to assist in sharing the band’s  take on a topic called L-O-V-E. To put it simply: put this record on and look inside the jacket.  There is a booklet with classic photography and an oral history that  provides not only a snapshot of this great group but a well-portioned  inquiry into the experiences of Portland’s Black musician community in  historic Albina––a truly unique project from Albina Music Trust.  AMT is a unique taxpayer-funded initiative of arts and education non-profit, World Arts Foundation. This initiative serves the underrepresented musician community in Albina, Portland's historically Black neighborhood.