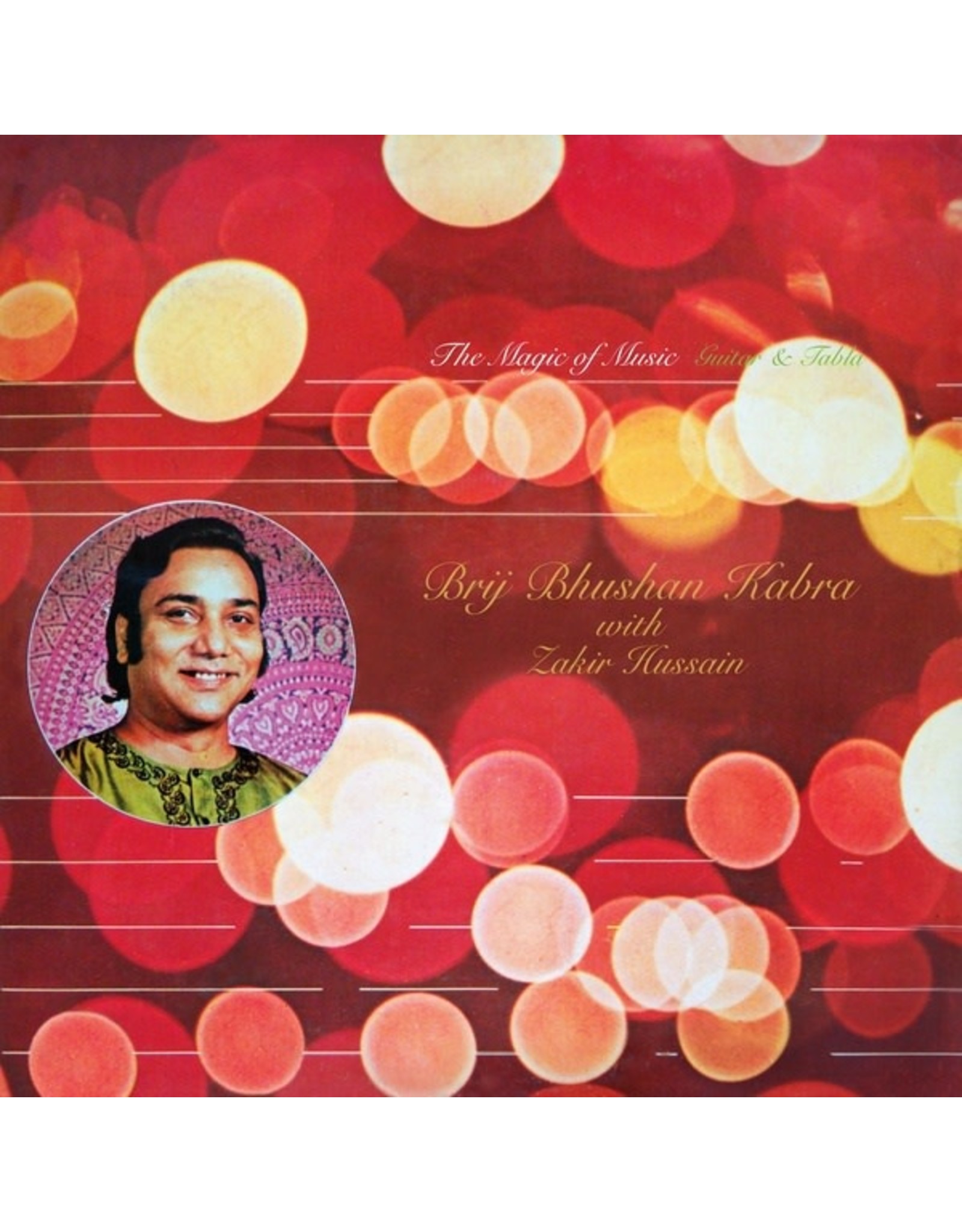 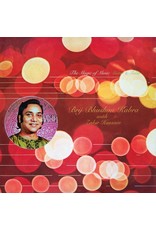 Reissue of Brij Bhushan Kabra and Zakir Hussain's The Magic of Music - Guitar and Tabla, originally released in 1982. In the 1920s, Tau Moe (pronounced mo-ay), a Hawaiian musician, arrived in India and introduced Hawaiian music to the sub-continent. After settling in Calcutta in the early 1940s, Moe and his family performed, taught and introduced Hawaiian music by building and selling guitars to the local musicians. Indian filmmakers and composers quickly fell under the spell of these instruments and sounds and made them suitable for playing ragas -- the melodic patterns and modes in traditional Indian compositions. Soon these hot-rod guitars were accepted as legitimate instruments for performing Indian classical music, and a new breed of virtuosos emerged to write yet another chapter of the guitar's unpredictable evolution. Brij Bhushan Kabra was one of the Indian musicians who heard the steel guitar's siren call, but his vision went beyond adapting Hawaiian sounds to popular music. Instead, he saw the instrument's potential for playing ragas. To pursue this dream, Kabra began studying with Ali Akbar Khan, whose fretless sarod offered a sonic example for Kabra to emulate with his lap-slide guitar. Kabra's instrument was a Gibson Super 400, modified with a drone string and a high nut to raise the strings off the fretboard like a lap steel. Seated on the floor in the traditional style of Indian musicians, Kabra played his guitar horizontally, using a fingerstyle plucking technique and a bar to contact the strings. His approach set the standard for virtually all Indian slide guitarists. He is rightfully considered a master musician and regarded as one of Indian classical music's most renowned ambassadors' to the rest of the world. Guitar and Tabla was originally released in 1982. Newly remastered, limited edition pressing.