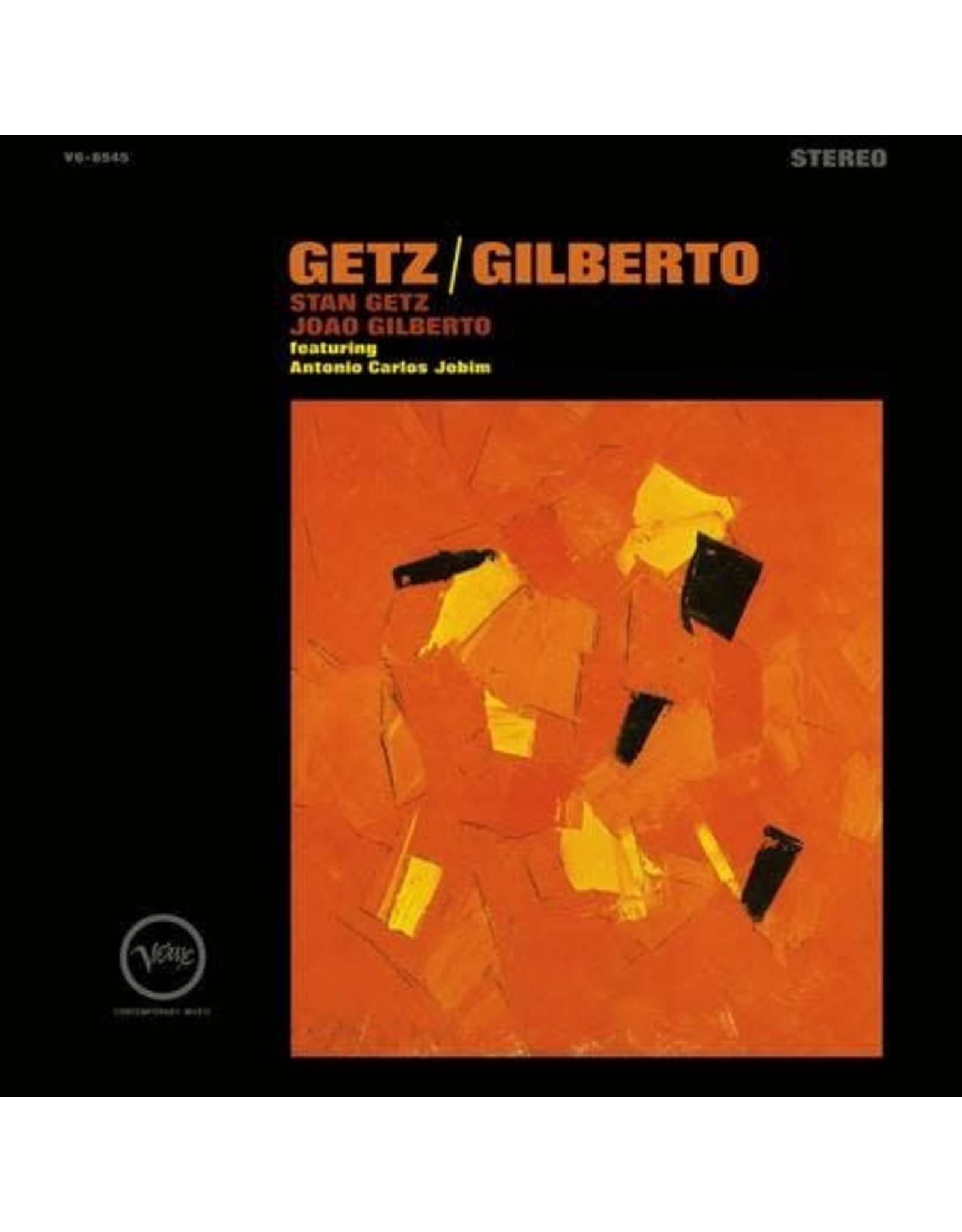 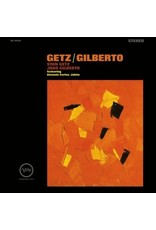 Originally released on Verve Records in 1964, Getz/Gilberto, produced by label head Creed Taylor, was an international sensation, altering the direction of jazz, pop, and the samba itself. It became the focus of a huge bossa nova craze, bringing together Stan Getz (tenor saxophone) with Brazilian stars Joao Gilberto (guitar/vocals) and Antonio Carlos Jobim (composer/pianist), who wrote and co-wrote six of the original eight tracks on the album, as well as Joao’s young wife, Astrud Gilberto. Featuring definitive sound and luxurious packaging, this all-analog Verve reissue is remastered from the original analog master tapes by George Marino at Sterling Sound, pressed at QRP, and housed in a Stoughton tip-on gatefold jacket. When Astrud was spontaneously asked to sing new English lyrics to “The Girl From Ipanema,” her charming, sultry vocals made all the difference. “The Girl From Ipanema” reached No. 1 on Billboard’s Adult Contemporary chart and went to No. 5 on the Billboard Hot 100. Astrud is also featured on “Corcovado.” Other bossa nova classics on the album include “Só Danço Samba,” “Vivo Sonhando,” “O Grande Amor” and “Desafinado.” Backing the main artists here is the Brazilian rhythm section of Sebastiao Neto (bass) and Milton Banana (drums). In 1965, at the seventh annual Grammy Awards, Getz/Gilberto was the first jazz album to win a Grammy for Album Of The Year, while “The Girl From Ipanema” won Record of the Year. Getz/Gilberto also won Best Jazz Instrumental Album and Best Engineered Album, Non-Classical. The album’s engineering award was also the first Grammy for the late, legendary Phil Ramone, who recorded the album at his renowned A&R Recording studio. Getz/Gilberto's wildly addictive charm proved that the bossa nova had legs and that the infectious syncopated rhythm could be leveraged as easily as the blues to captivate music listeners.