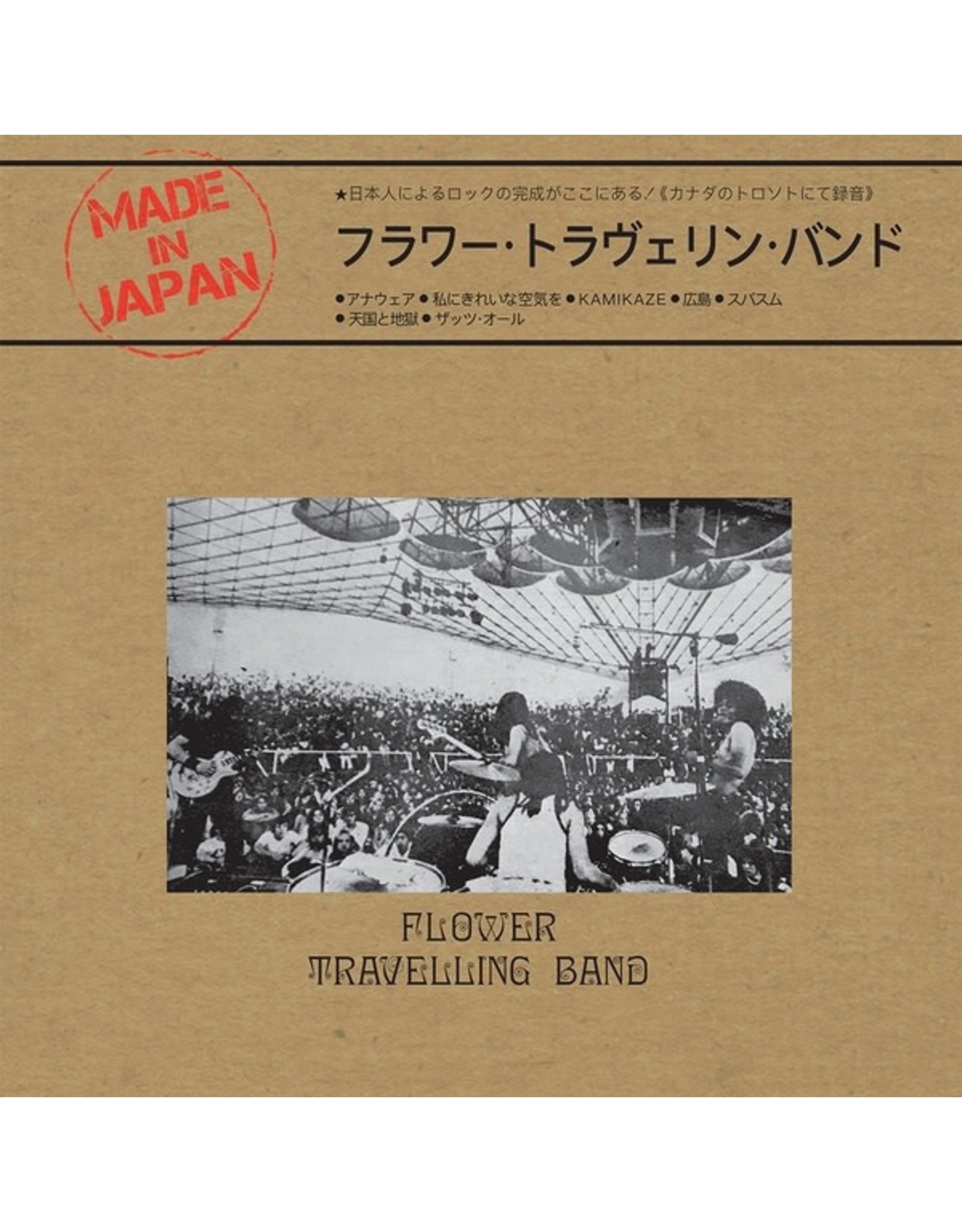 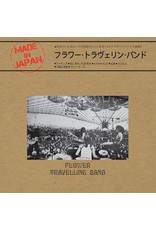 Life Goes On Records present a reissue of the third album by Japanese rock band Flower Travellin' Band, Made In Japan, originally released in 1972. After meeting Lighthouse at the Expo '70 festival in Osaka, Flower Travellin' Band were invited to visit Canada. While there, the group recorded Made In Japan with Lighthouse keyboardist Paul Hoffert helping produce. Due to George Wada becoming ill with tuberculosis, Canadian drummer Paul DeLong plays on some tracks on this album. The lyrics were written by Yoko Nomura, the wife of the band's manager, who translated conversations she had with the group and their ideas into English. "Heaven and Hell" was written by Yamanaka in Japanese and she translated it. The song "Hiroshima" is a re-imagining of "Satori Part III" from their previous album Satori (1971). The introductory first track is an advertisement for a concert at Stanley Park Stadium by Flower Travellin' Band, Emerson, Lake & Palmer, Bob Seger, and Teegarden & Van Winkle, with a clip of "Lucky Man" playing in the background.