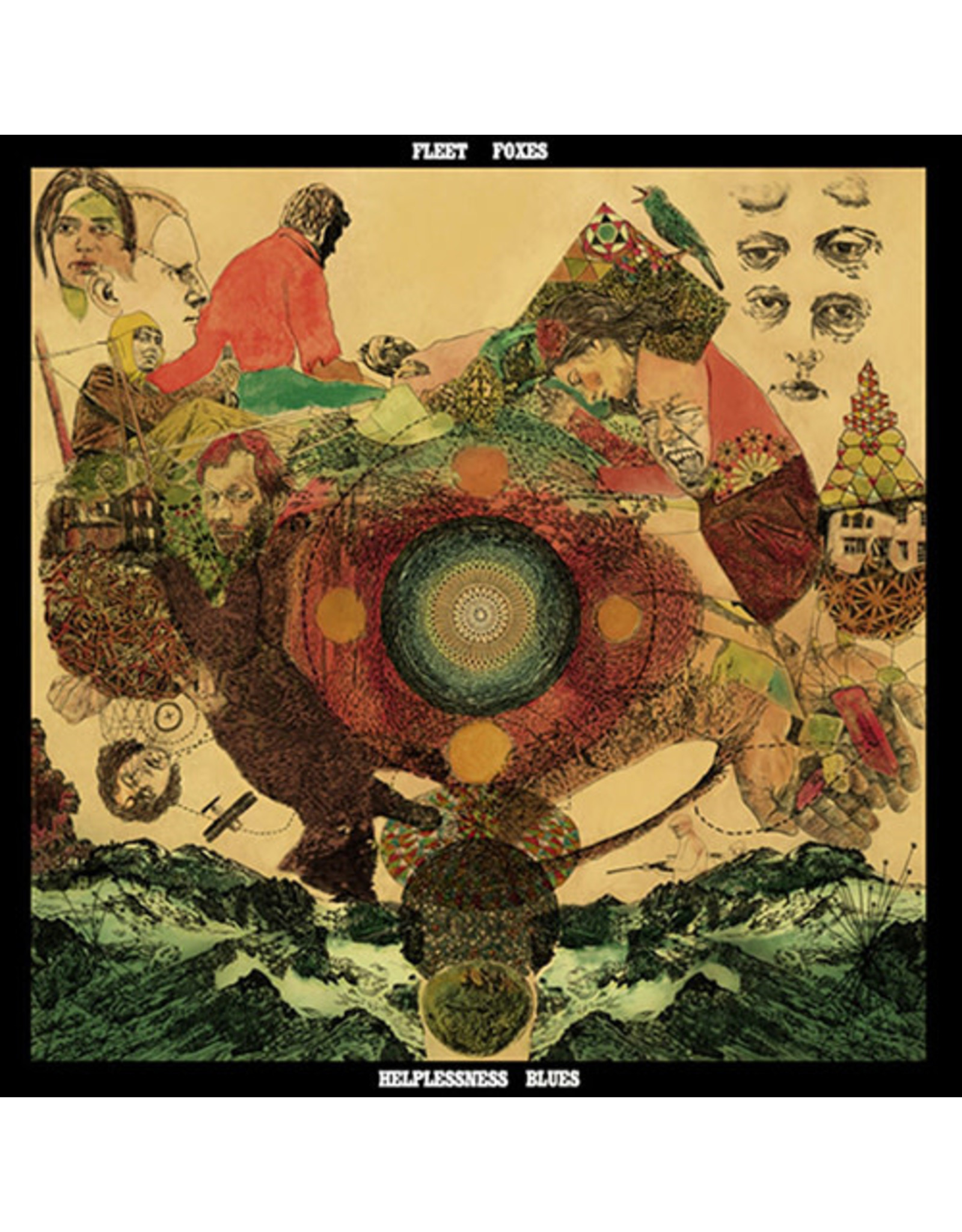 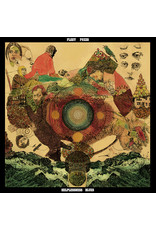 Consider this your introduction to what may well be 2011's best album. Helplessness Blues is the much-anticipated follow-up full length to the Seattle-based Fleet Foxes' critically acclaimed 2008 self-titled debut. The 12-song set was recorded and mixed by Phil Ek and co-produced by Fleet Foxes and Ek over the course of a year at Avast Recording, Bear Creek Studios, Dreamland Studios and Reciprocal Recording. The album cover art was illustrated by Seattle artist Toby Liebowitz and painted by Chris Alderson. As Fleet Foxes leader Robin Pecknold explains:

After the first Joanna Newsom tour, we all went up to Woodstock, New York, to record at Dreamland Recording, where our friends in Beach House had had a good experience recording their last album Teen Dream. We were there for twelve days recording the drums and acoustic guitars. As an aside, I think Josh did an incredible job on the drums on this record, writing really inventive parts without a lot of instruction, and having such good tempo and “feel” that we were able to record all but one song on the album without a click track.

From there began a long stretch of recording in Seattle, from May of 2010 to November of 2010, where a ton of shit happened at numerous studios including Reciprocal, Bear Creek, and Avast. I could get into it, but basically it took a long time due to illness, scheduling, creative doubt, reassessment, rewriting, new songs being written, etc., etc ., etc. It was at times difficult to make this record. We ended up mixing at Avast in Seattle in December of 2010, with the record finally finished, even though we were recording vocals and guitar and rewriting lyrics up to the 11th hour. So here we are, almost three years after the first album, finally done with the second one. Now I’ll talk about the actual music a little bit.

I think this music draws influence and inspiration from popular music and folk rock of the mid ‘60s to the early ’70s, folks like Peter Paul & Mary, John Jacob Niles, Bob Dylan, The Byrds, Neil Young, CSN, Judee Sill, Ennio Morricone, West Coast Pop Art Experimental Band, The Zombies, SMiLE-era Brian Wilson, Roy Harper, Van Morrison, John Fahey, Robbie Basho, The Trees Community, Duncan Browne, the Electric Prunes, Trees, Pete Seeger, and Sagittarius, among many others. I’d say it’s a synthesis of folk rock, traditional folk, & psychedelic pop, with an emphasis on group vocal harmonies. Astral Weeks was a big inspiration on this album, if not always in sound then in approach. The raw emotion in Van Morrison’s vocals and the trance-like nature of the arrangements were very inspiring for this album!

OK! I think that covers most of it. The last thing I’ll talk about is the title. It’s called Helplessness Blues for a number of reasons. One, it’s kind of a funny title. Secondly, one of the prevailing themes of the album is the struggle between who you are and who you want to be or who you want to end up, and how sometimes you are the only thing getting in the way of that. That idea shows up in a number of the songs. Thanks for reading and I hope you enjoy the record! 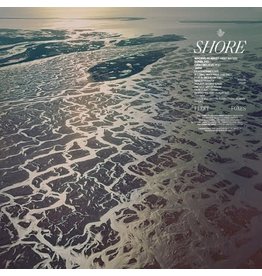 Fleet Foxes return with their fourth full-length album Shore, bringing the dark sophistication of 2017's Crack-Up to new heights with a soulful, sun-shined hue and fresh rhythmic vitality. The songs have dark themes of loss and struggle, but contain an up
Add to cart
Fleet Foxes: Shore (crystal clear/indie shop exclusive) LP
C$44.99
Please accept cookies to help us improve this website Is this OK? Yes No More on cookies »