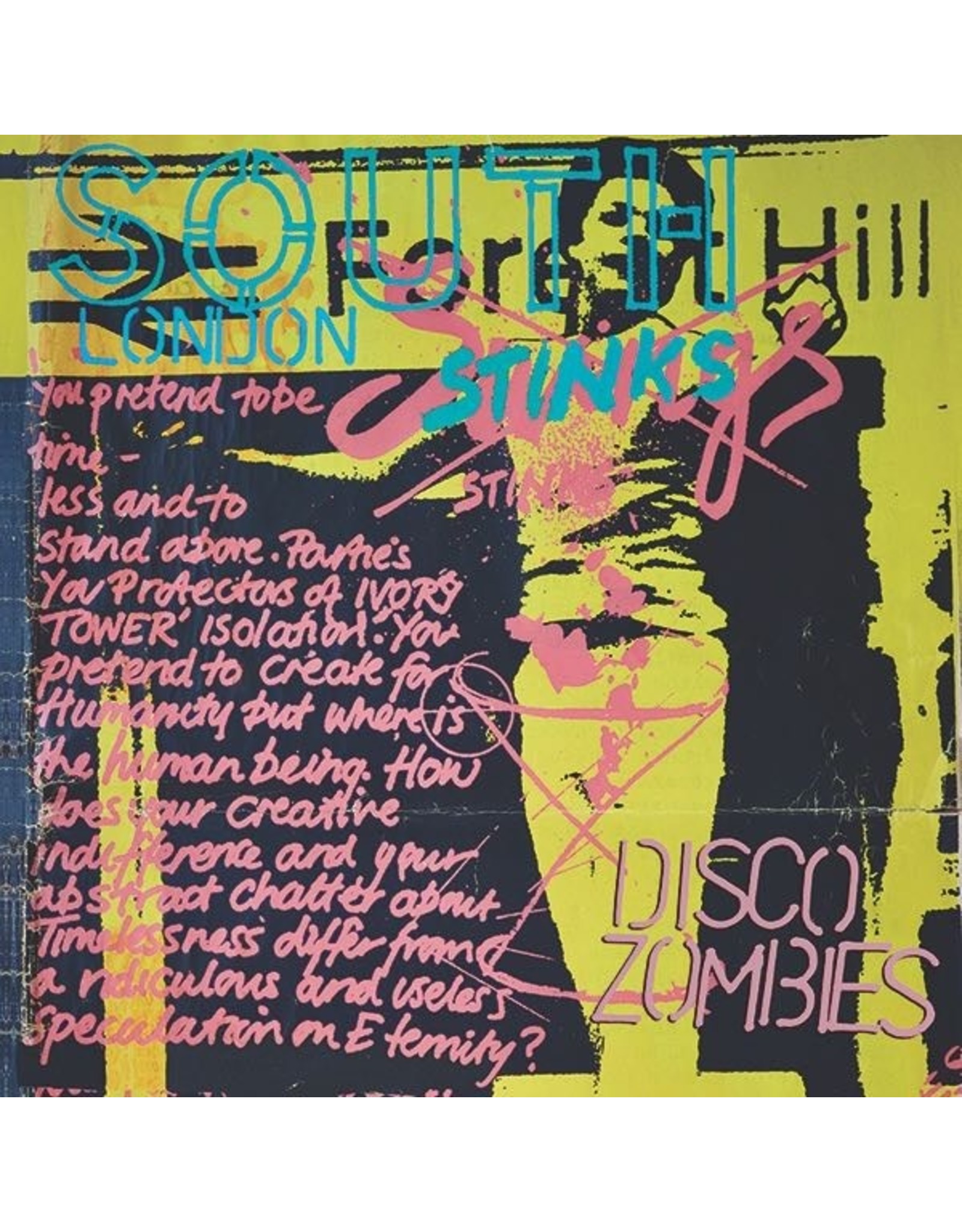 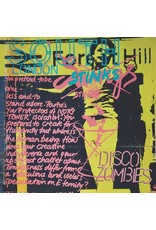 It was 1977, there may well have been "knives in West 11", but at a student's hall of residence in Leicester, a packed room of cross-legged intellectuals were about to witness the debut of the Disco Zombies; Andy Ross on vocals and guitar, Geoff Dodimead on bass, Johnny "Guitar" Hawkins on guitar, and Andy Fullerton on drums. They were loud, fast and they had some witty one-liners. The four-piece added Dave Henderson from The Blazers, a chirpy power pop punk quintet. Record Shop owner -- and now Mayor Of Mablethorpe -- Carl Tebbutt launched Uptwon Records with a Disco Zombies EP. The record was shelved, but unperturbed, the band pressed on and recorded a session at the local radio station, "TV Screen Existence" was the only track that survived. The band lost Johnny "Guitar", relocated to London and took The Foamettes' guitarist Steve Gerrard with them who returned to Leicester to become a part of The Bomb Party. Steve was replaced by Mark Sutherland in what was to become the recognized line-up of The Disco Zombies for several years. By 1978, Andy Ross launched South Circular Records to release the band's debut single, "Drums Over London" and John Peel played it regularly. South Circular wasn't to last but Dave Henderson launched Dining Out. Dave and Andy journeyed to Ipswich to record the debut EP from the Peel-approved Adicts, the plan being to follow it with a Disco Zombies' single and regain momentum. "Here Comes The Buts" was the second Dining Out release, featuring the breakthrough Dr Boss drum machine; it was likened to The Cramps meets Neil Young in NME. They recorded for Dining Out the follow-up "The Year Of The Sex Olympics", backed with "Target Practice" and "New Scars" -- it never saw the light of day. By now, the Zombies had been through their dark post punk phase and "Where Have You Been Lately Tony Hateley" was a clever upbeat anthem. It was released on the Cordelia label's Obscure Independent Classics album. In 2011, the drum machine line up descended on Mark's studio, and they recorded two of their lengthier tracks: "Night Of The Big Heat" and "LHO". A few years later Andy Fullerton returned to the fold recording three more originals "Hit", "Lenin's Tomb", and "Paint It Red" for an even more limited edition ten-inch in 2018. 20-track compilation, remastered. Double-LP vinyl version comes on pink (disc one) and green vinyl (disc two); gatefold sleeve with printed inner sleeves and poster.