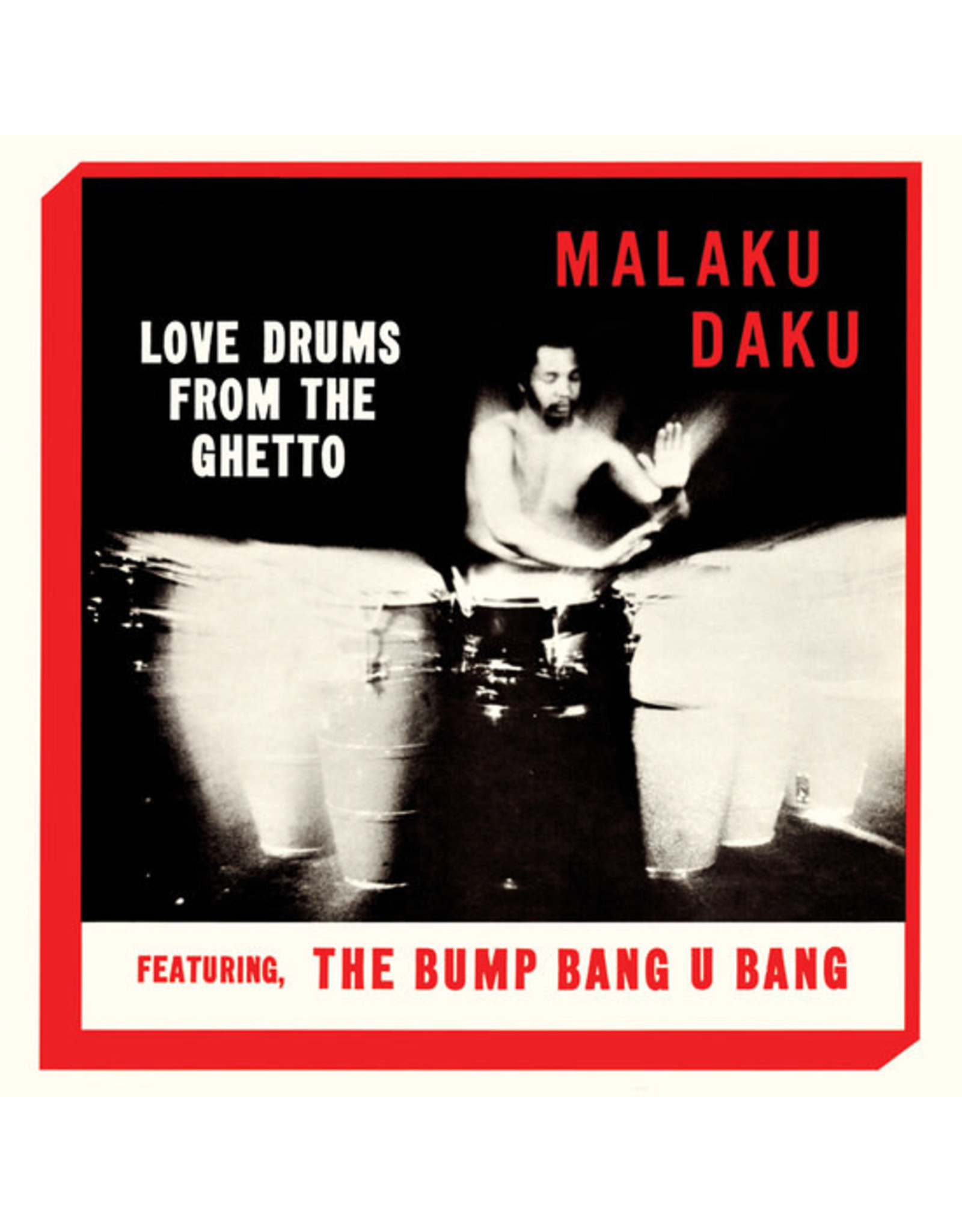 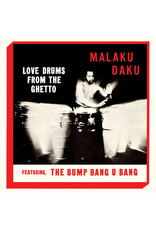 Malaku ‘Daku’ Thompson (born Philadelphia 1943, died 2004) was an amazing artist who was deeply involved in percussion and Africanism. Malaku was mostly active in the 70s, producing-recording music and performing percussion at African themed rallies. During the Pan African struggles of the 1970’s Malaku changed his last name from Thompson to ‘Daku’. Malaku Daku (who was deeply involved in his community) went on to become a teacher and writer of several children’s books. During the mid 70s Malaku recorded and produced the album Love Drums From The Ghetto, an album that truly showed off his skills as an artistic genius. With this album Malaku Daku delivered an important contribution to the never-ending rich heritage that is African American music. When you listen to (and feel) these exploding pulsations and rhythmic-melodic drumbeats you have to realize that just one man is playing both the top and bottom drumbeats on no less than 8 congas at the same time! Traditionally, the drum was the heartbeat, the soul of most African communities. Drums have been an intrinsic part of African life for centuries and for countless generations, an ancient instrument used to celebrate all the aspects of life. In Western culture drumming is, most often, about entertainment but in Africa, drums hold a deeper, symbolic and historical significance. They herald political and social events attending ceremonies of birth, death and marriage. They spark courtships, they herald home-coming and going and they accompany religious rites and rituals, calling up ancestral spirits. They can also inspire passion and excitement and even cause trances, a momentary loss of consciousness to either the drummer or the listener. On the other side, drums are about communication and making music, two essential characteristics of community life. For centuries the ‘talking drums’ were a primary source of communication between tribes used to transmit messages sometimes across great distances. Absorb the rhythm of Love Drums From The Ghetto … the singing, the many drumbeats, the repetitive vocal lines and moans merging with percussive tribal sounds produce a very trancy (yet funky) African ritualistic vibe which longs to connect with the tribal spirits of the motherland. Every track on this album comes with its own story and mythology explained by brother Malaku on the back cover of the LP. Recorded at the legendary Future Gold studio in Philadelphia and originally released in 1974 as a private pressing, this is such an unknown and underrated album that just begs for a place in your record collection. Tidal Waves Music now proudly presents the first official reissue of Love Drums From The Ghetto. Available as a deluxe 180g vinyl edition (limited to 500 copies). Remastered from the original master tapes (found in a case, hidden in a wall by someone who demolishes houses…the tapes then made their way to a Discogs employee and to us). This release also comes with an insert containing an unseen manifest written by Malaku Daku himself. The clear vinyl variant (limited to 200 copies, exclusively available from Light In The Attic) also includes a bonus EP with alternate takes found on the master tapes.