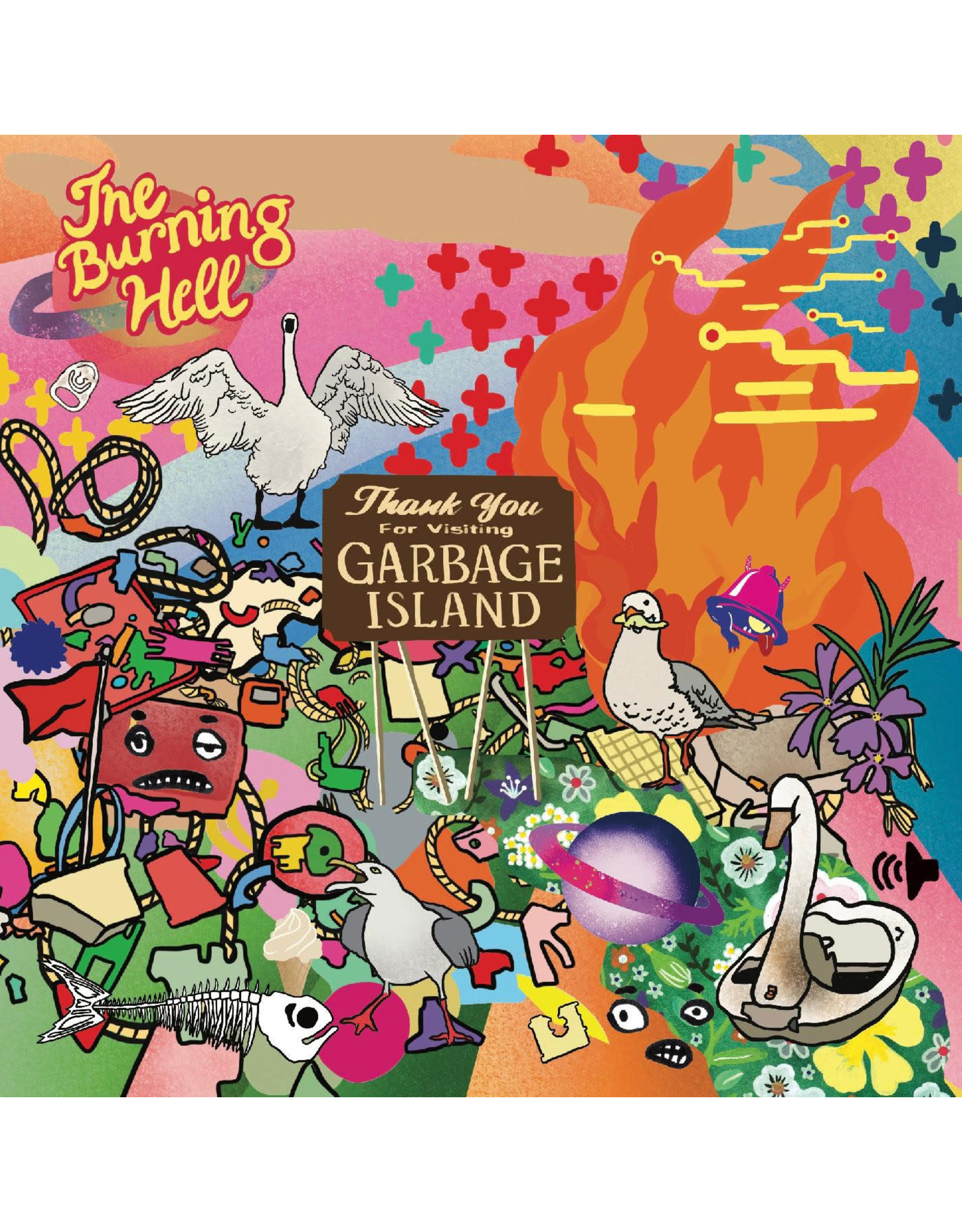 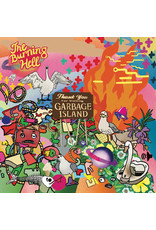 The Burning Hell perform a densely populated, genre-shifting music, packed with an abundance of literary, historical, cultural, and pop-cultural forebears, heroes and villains, subjects and objects, stories and hooks. They move with heavy rhyme and a light step, incorporating a frequent fixation on apocalypse and ruin into work that ultimately enacts a potent celebration of participation in a mutually created, ever surprising, delightful, and even occasionally beautiful world. Garbage Island is an album about what we lose when things fall apart, and what we can gain from collaborative regeneration. It takes place in a crumbling near-future world that bears a distinct resemblance to our own, beginning with the violence of collapse, loosely narrating the escape of the album's unnamed protagonists on a pedal-boat swan, as they trade doom for danger on their way to a future home built from the detritus of the old world. Along the way, the band narrates both the need for action and the joys of refusing the hustle, nostalgically pines for the days of post-apocalyptic touring life, celebrates escape and solitude, and ends with the hesitant suggestion that the end of the world can’t last forever. Garbage Island showcases songwriter Mathias Kom's irreverent, surrealist lyricism, but while there is humour, there are few jokes. It's either the darkest record The Burning Hell has made, the most reassuring, or the most fun. It might be all three. RIYL: Silver Jews, Talking Heads, B-52's, Magnetic Fields