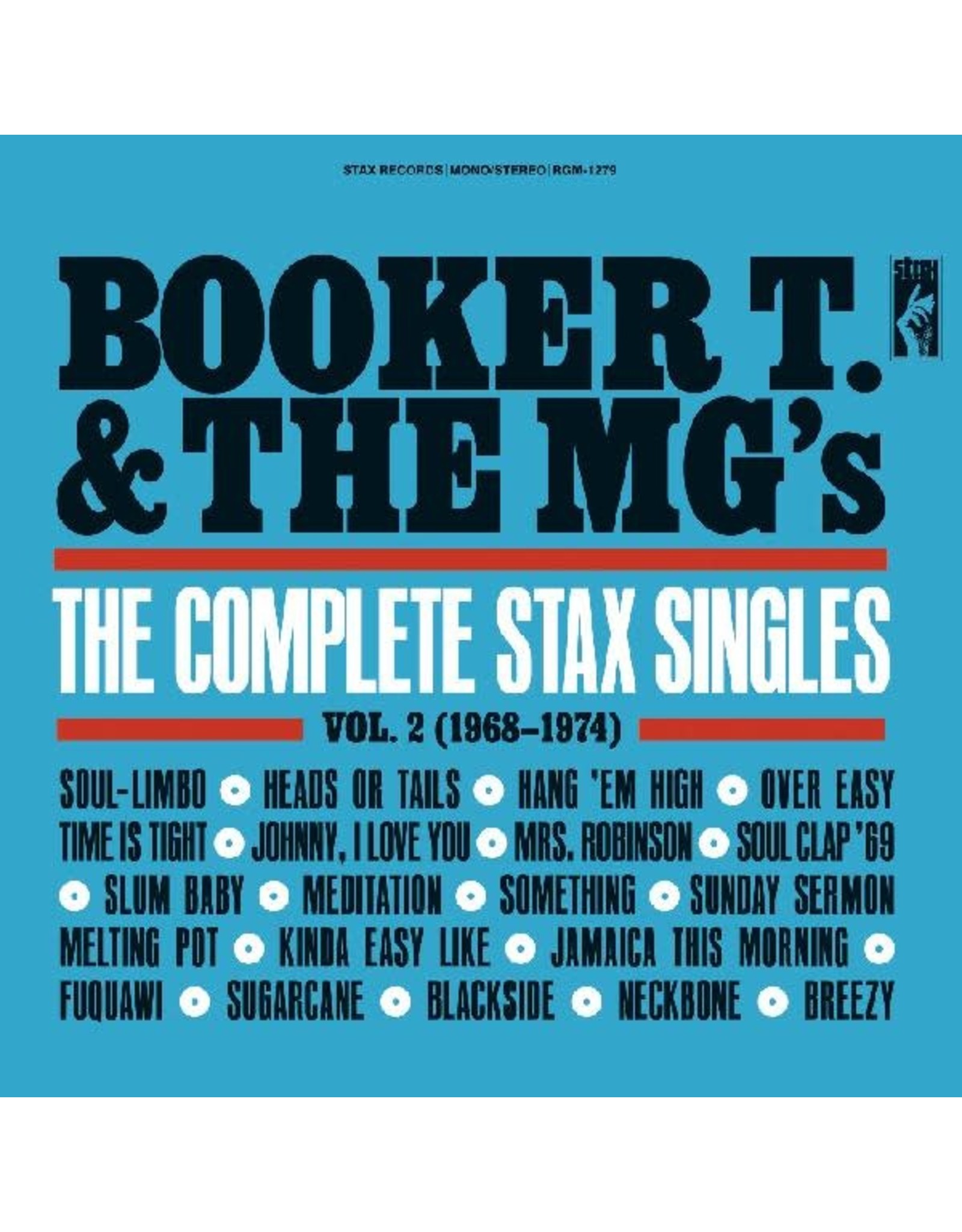 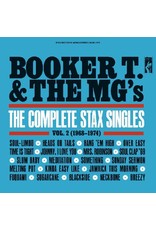 The house band at Stax, Booker T. & The MG’s were so good, so tight, that each member—guitarist Steve Cropper, bassist Donald “Duck” Dunn, drummer Al Jackson, Jr., and keyboardist/bandleader Booker T. Jones—is a legend in his own right. Playing behind such superstars as Otis Redding, Carla Thomas, and Wilson Pickett, the group forever defined the sound of Southern soul. And on their own—man, they just couldn’t be topped, with a total of 12 Pop and 15 R&B hits during their unparalleled tenure at Stax. That’s why they are the greatest instrumental R&B band of all time…and, not incidentally, a potent symbol of racial integration and harmony from a time when such diverse outfits were rare. We already brought you 29 of the 49 single sides The MG’s recorded for Stax on The Complete Stax Singles Vol. 1; now we’re back with the other 20, assembled—for the first time ever!—after a painstaking search for the best sources available, and, like on all of our singles collections, carefully vetted (by engineer Aaron Kannowski) to ensure that the versions you’re hearing are exactly what disc jockeys were spinning off their 7-inch singles on to the airwaves back in the day. In this case, that means the first 15 songs on this CD/2-LP set are in mono, the last 5 stereo, all discographically documented in meticulous fashion by liner note writer Ed Osborne, whose essay maps every move Booker T. & The MG’s made during the late ‘60s through the early ‘70s and beyond. But most of all, The Complete Stax Singles Vol. 2 (1968-1974) is one incredible listen, featuring such classic songs as “Time Is Tight,” “Soul-Limbo,” “Melting Pot,” their versions of Domenic Frontiere’s “Hang ‘Em High,” The Beatles’ “Something,” and Simon & Garfunkel’s “Mrs. Robinson,” a bunch of hard-to-find B-sides, and more, all played by basically the best band that ever lived! Go ahead and pick your poison: either buy this on CD or on a 2-LP set pressed on red vinyl and housed inside a gatefold jacket. Either way, you will be the proud owner of some of the greatest and grooviest R&B instrumentals ever recorded. 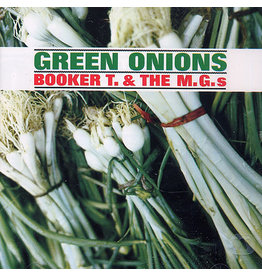 Propelled by Booker T. Jones' smoky organ and the funky guitar bursts of Steve Cropper, "Green Onions," the first chart-topper by Booker T. & The MG's slithered across the 1962 airwaves, followed immediately by an album every bit as savory. Hot on the hee
Add to cart
Booker T & The MGs: Green Onions LP
C$27.99
Please accept cookies to help us improve this website Is this OK? Yes No More on cookies »