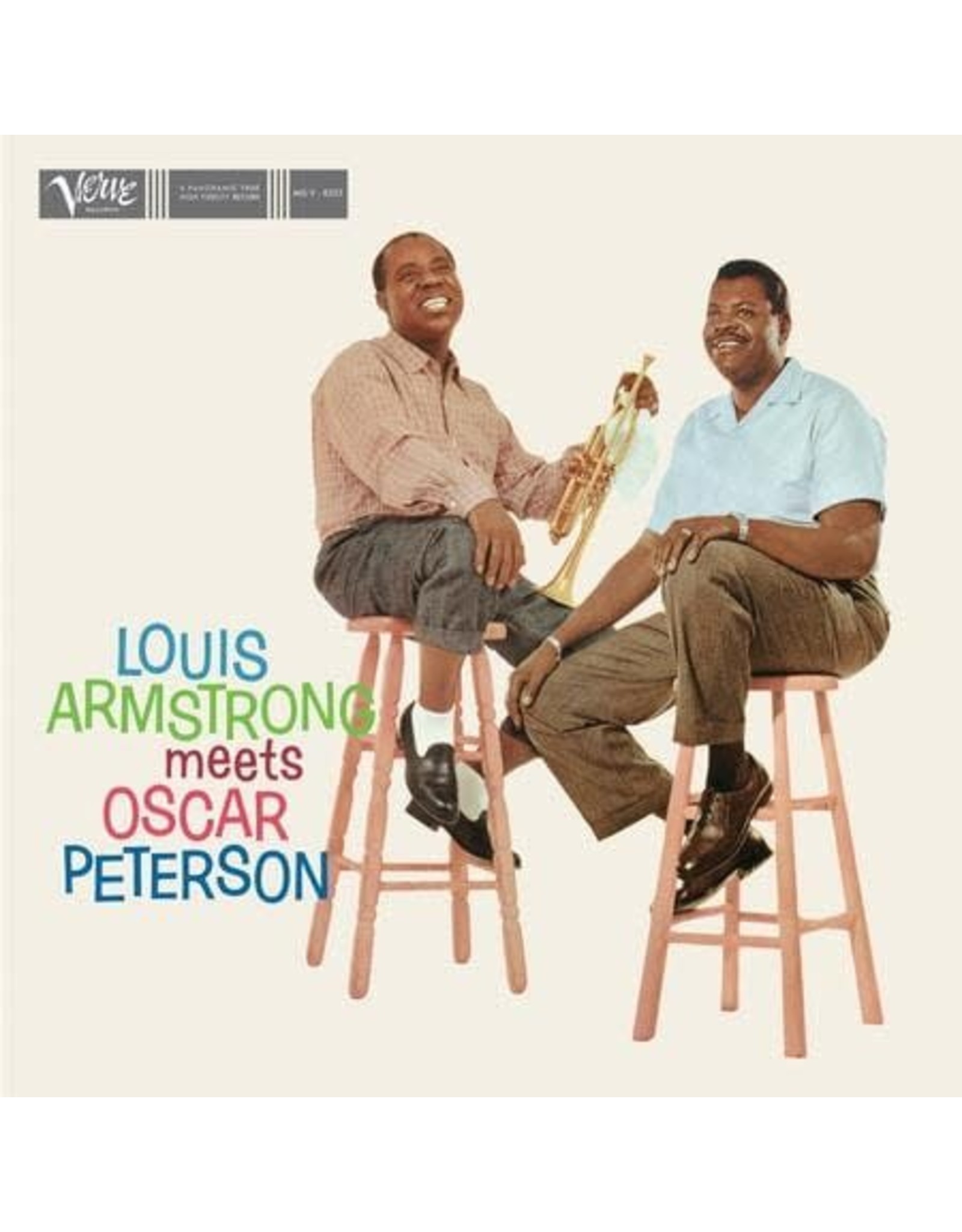 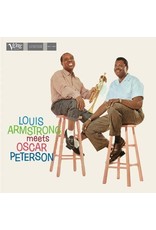 Louis Armstrong Meets Oscar Peterson is a brilliant undertaking in which Verve's legendary "house pianist" encountered one of jazz's most revered giants. And this all-analog Verve reissue – mastered from the original analog tapes by Ryan K. Smith at Sterling Sound, pressed at QRP, and housed in a Stoughton tip-on gatefold jacket – makes the 1959 set come alive like never before.

A significant part of Peterson's genius relates to his ability to be an exceptional pianist and leader while also being a perfect accompanist when the circumstance demands. In a situation like this, he is both. Armstrong remains not only one of the most innovative, singular, fascinating, and beloved artists of the 20th century, but also one of the most generous in the way he embraced and stimulated his collaborators.

Backed by the Oscar Peterson Trio – bassist Ray Brown and guitarist Herb Ellis, and augmented by frequent fourth member Louis Bellson on drums – these peerless heavyweights created an album that is utterly compelling, radiantly jubilant, and consummate in artistry. The musicians provided the setting for the jewel that is Pops, with Peterson perfectly embellishing every phrase Armstrong sings or plays. The focus here is primarily upon Armstrong's totally personal and thoroughly captivating vocal style, with his occasional trumpet solos limited in all but one case to a single chorus.

Essentially culled from the Great American Song Book – Cole Porter, the Gershwins and Harold Arlen among the songwriters – the pieces range from poignant ballads and blues to effusive easy-grooved swing. Each song is an exquisitely crafted gem that will warm the heart and enrich the soul.