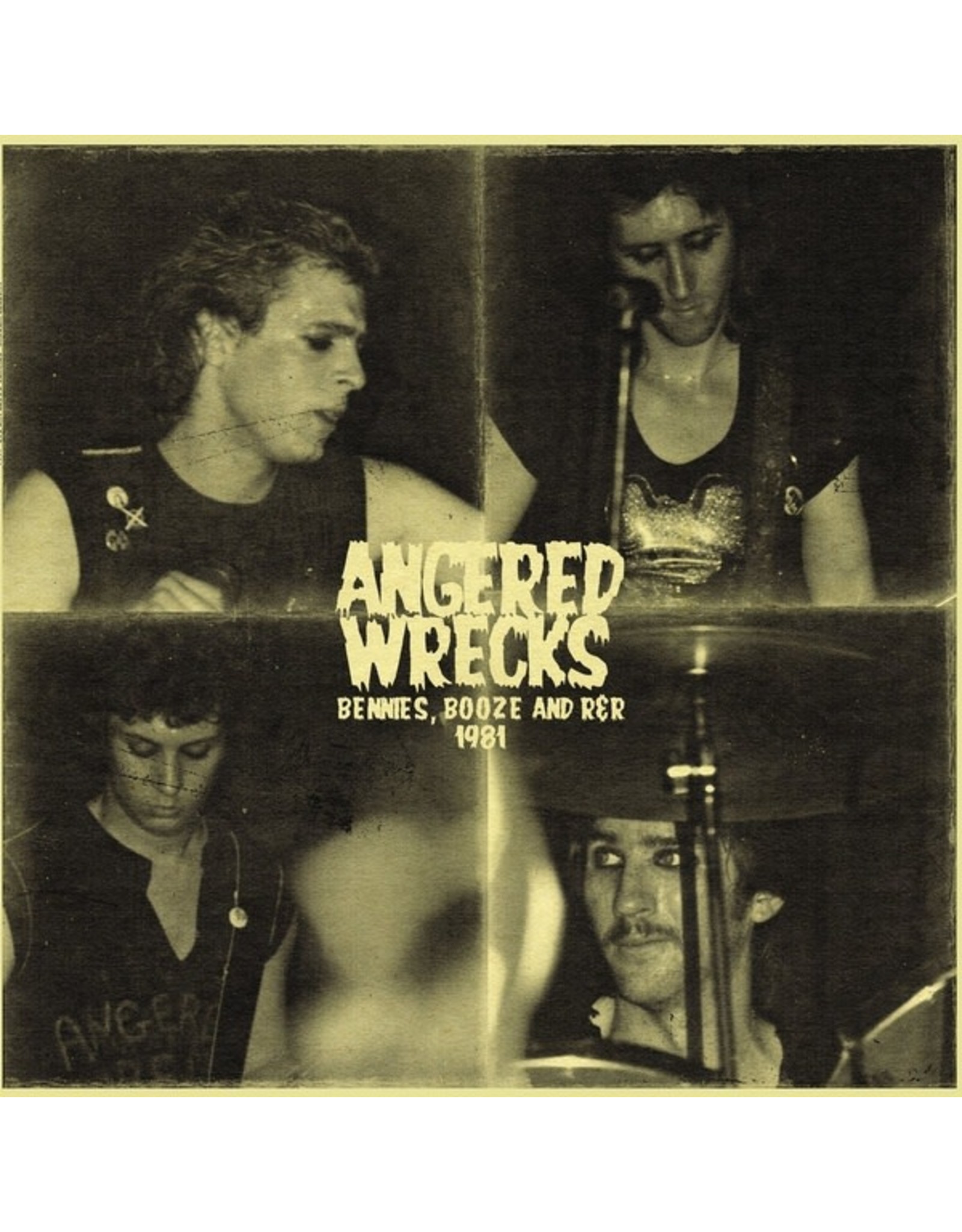 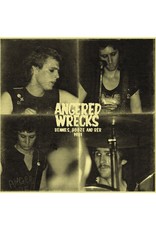 Take the freaked-out, punked-up soul of The Stooges and MC5 mix that with '60s garage trash, blend in Sabbath, AC/DC and heavy rock n' roll and then hot wire that sound to a handful of freaks located in Fredericton, New Brunswick. Here it is that Angered Wrecks were located -- in an old Victorian style house in downtown Fredericton. It was here they set up a permanent rehearsal space on the main floor taking up the dining room and living room area with a full P.A. system and the long parties would begin as the Angered Wrecks cranked out an unholy primal serving of mind-numbing, eyeball-popping guttural pure rock and roll. Lucky for us, the Angered Wrecks had a primitive DIY recording set up as they recorded live off the floor with one cardioid mic taped to the ceiling to capture the entire room sound and straight into a cheap Alpine cassette deck. The results of these previously unheard recordings capture the essence of trashy rock n' roll at its finest, delivered with pure dereliction, and always a side of extra sleaze. Keeping warm in the winter at another old salt box style house they would later rehearse and play gigs in, a large circle was cut in the floor so that the rising heat from the pottery kiln downstairs would (along with the right mixture of beer and "Purple Jesus", weed and often speed and hot dogs) keep these boys fueled long enough in sub-zero temperatures to keep pumping out the rock n' roll savagery. The last show they played was in the fall of '81 at the Bug Shack after the household was served an eviction noticed with the house to be entirely demolished (just like Stooge Manor aka The Fun House). They got a gig together the weekend before demolition, packed the bottom floor and played a blazing set. At the very end, walls were kicked apart, old cans of paint strewn about, general wanton destruction to furniture, doors, windows etc. The bug shack had come to an end and shortly thereafter, the Angered Wrecks. That these tapes have survived to this day is all thanks to John Westhaver's archival hoarding (even though the loss of a 90-minute session of the Angered Wrecks still haunts John to this day). Includes full-size two-sided history insert and download code with five bonus tracks; edition of 400.