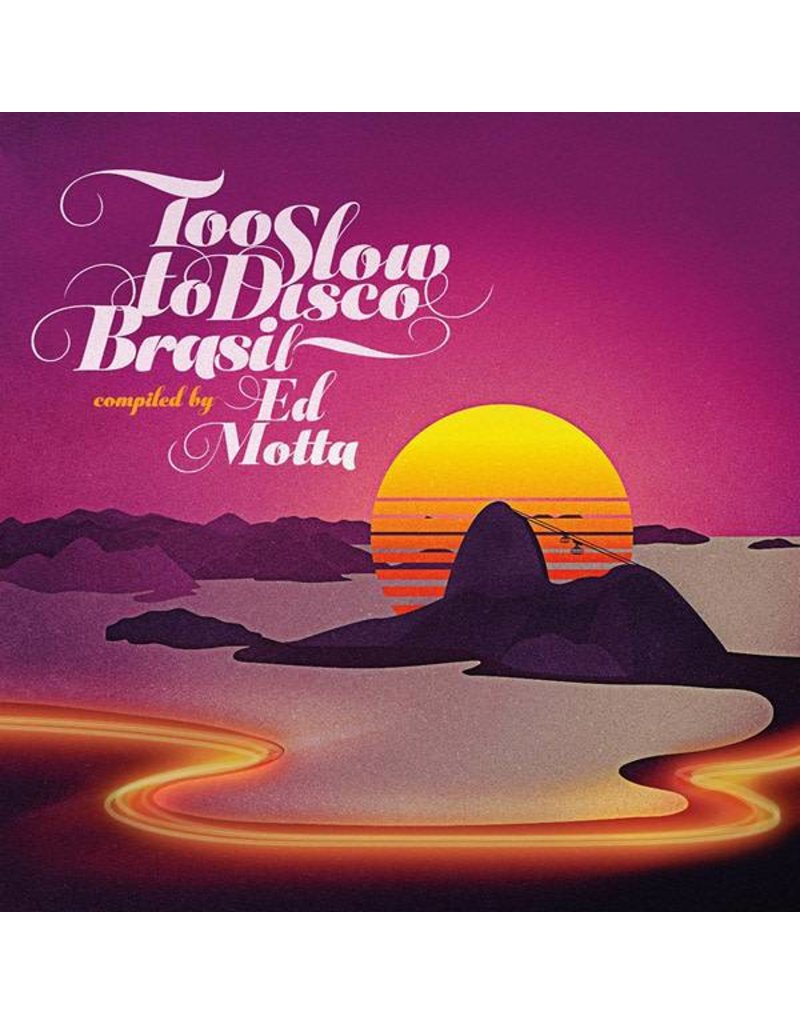 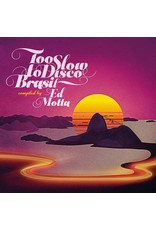 Too Slow to Disco take a dive into an often-overlooked side of Brazilian music: Brazilian soul, funk and AOR. The compiler of this Too Slow to Disco release, a giant of musical endeavor, is the young nephew of Brazil's legendary soul icon Tim Maia, the "Colossus of Rio", as he's known: Ed Motta. At the end of the 1980s, Ed Motta burst upon the music scene as a major singer and one of the writers and producers in the band Conexão Japeri. He's now fifteen albums into a career that hops from genre to genre, perhaps one of the savviest music makers and curators out there. He is a refined practitioner of jazz, funk, soul, AOR, and much else besides, having worked with everyone from Gilles Peterson to Roy Ayers, 4Hero, Seu Jorge, Patrice Rushen, Greg Phillinganes, Bo Diddley, Incognito, Ryuichi Sakamoto, and many other insanely talented musos. In this collector's compilation, you're coming on a kind of expert guided time travel mission -- just picture yourself following Ed's fingers as they trace along the sleeves in his massive library-sized vinyl vault. You'll dart back through over two decades of music making, dancing in one style then the next from soul to funk to AOR, you'll feel the air coming out of the horn section right the way through, and a mixologist's golden touch tying everything together. The artists Ed has play-listed for you include über-obscure figures like Carlos Bivar or Gelson Oliveira & Luiz Ewerling -- both of whose songs here derive from privately pressed albums -- so rare they're not even listed on Discogs! He's also gathered together a real pantheon of Brazilian musical heroes like Rita Lee (who was part of Os Mutantes), Cassiano (one of the founders of Bossa Trio and Os Diagonais), and million sellers like Roupa Nova, lovingly referred to as "the Brazilian Toto". And as ever with the Too Slow to Disco series, the artists might be new to you, but they're always bringing a killer tune. Also features Filó Machado, Sandra De Sá, Altay Veloso, Junior Mendes, Don Beto, Lucia Turnbull, Guilherme Arantes, Biafra, Santa Cruz, Jane Duboc, Carlinhos e Soninha Queiroz, Zeca Do Trombone, Kiko Zambianchi, and Brylho.