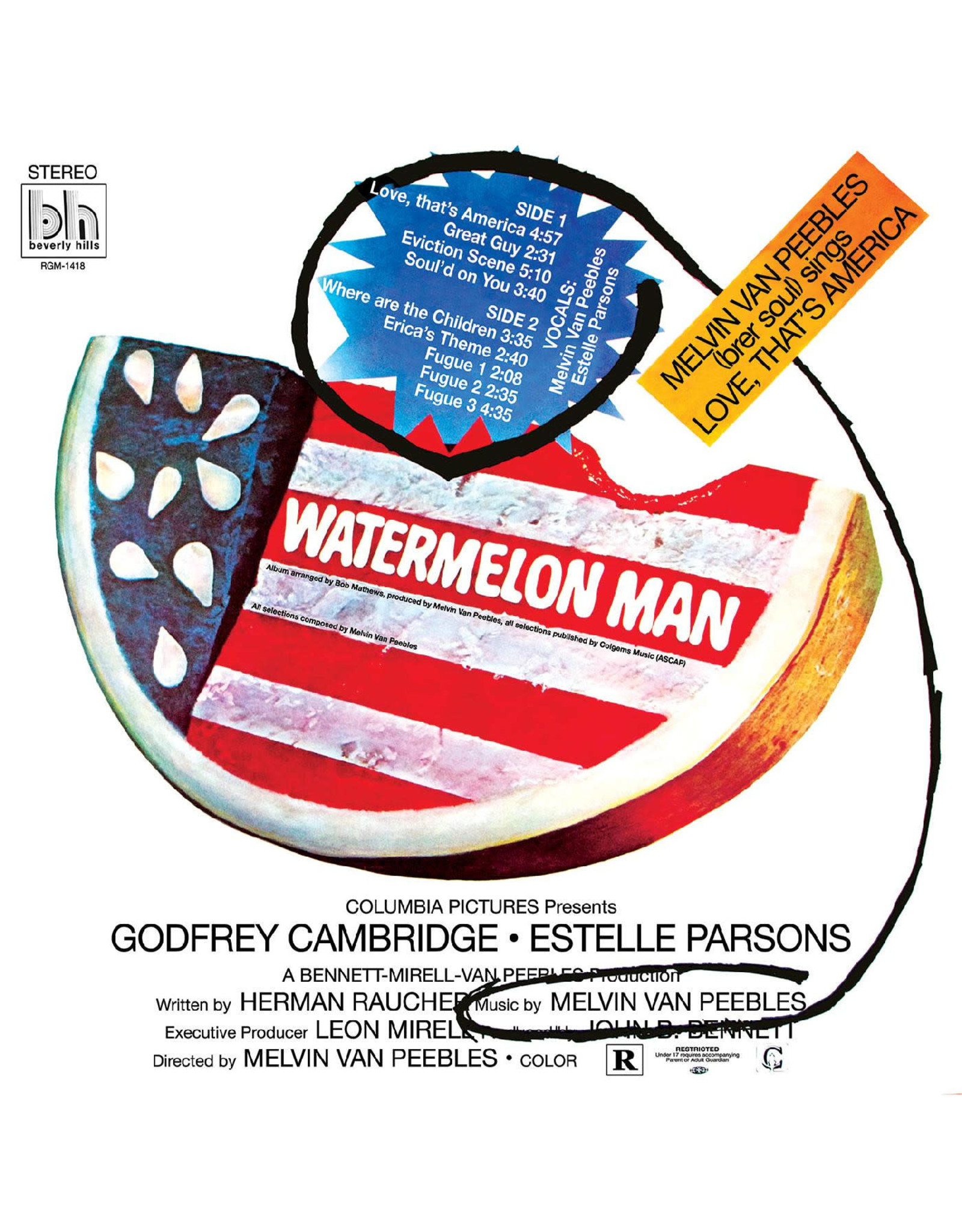 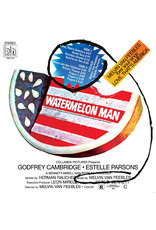 In an extraordinary career spanning seven decades, director and "godfather of black cinema" Melvin Van Peebles only made one studio film. 1970's Watermelon Man shattered conventions with its bitingly satirical story about a white couple, intolerant and obnoxious insurance salesman Jeff Gerber (Godfrey Cambridge) and his seemingly liberal wife Althea (Estelle Parsons). One morning, Jeff awakens to discover that his skin color has changed from white to black-and it's not a result of his daily tanning routine. Unable to successfully change back, he learns what it's like to live in America as a black man, and his eyes are opened. The uncompromising Watermelon Man shocked audiences in 1970 and remains all too relevant today. Accompanying the scathing comedy was an original soundtrack composed by Van Peebles himself, then recording for A&M Records and about to take on Broadway with a pair of Tony Award-nominated musicals. The soundtrack to Watermelon Man was released on the small Beverly Hills label, preserving Van Peebles' enjoyably eclectic score - blending jazz, funk, rock, rhythm and blues, proto-rap, and even bluegrass - and the songs "Love, That's America" and "Soul'd on You" as well as a special appearance by Estelle Parsons on "Where Are the Children." All that and Ry Cooder, too: the slide guitar virtuoso, while uncredited, is said to have played the indelible slide parts throughout the album! Watermelon Man came to be overshadowed by Van Peebles' seminal follow-up Sweet Sweetback's Baadasssss Song and the album disappeared, too. But the time has never been more right to rediscover Van Peebles' prescient film and its killer soundtrack. Real Gone Music and Second Disc Records' first-ever vinyl reissue (and first reissue in any format) of Watermelon Man features remastered audio from Mike Milchner at Sonic Vision as well as an insert with on-set photos and liner notes by The Second Disc's Joe Marchese, with a green, "watermelon skin" pressing.