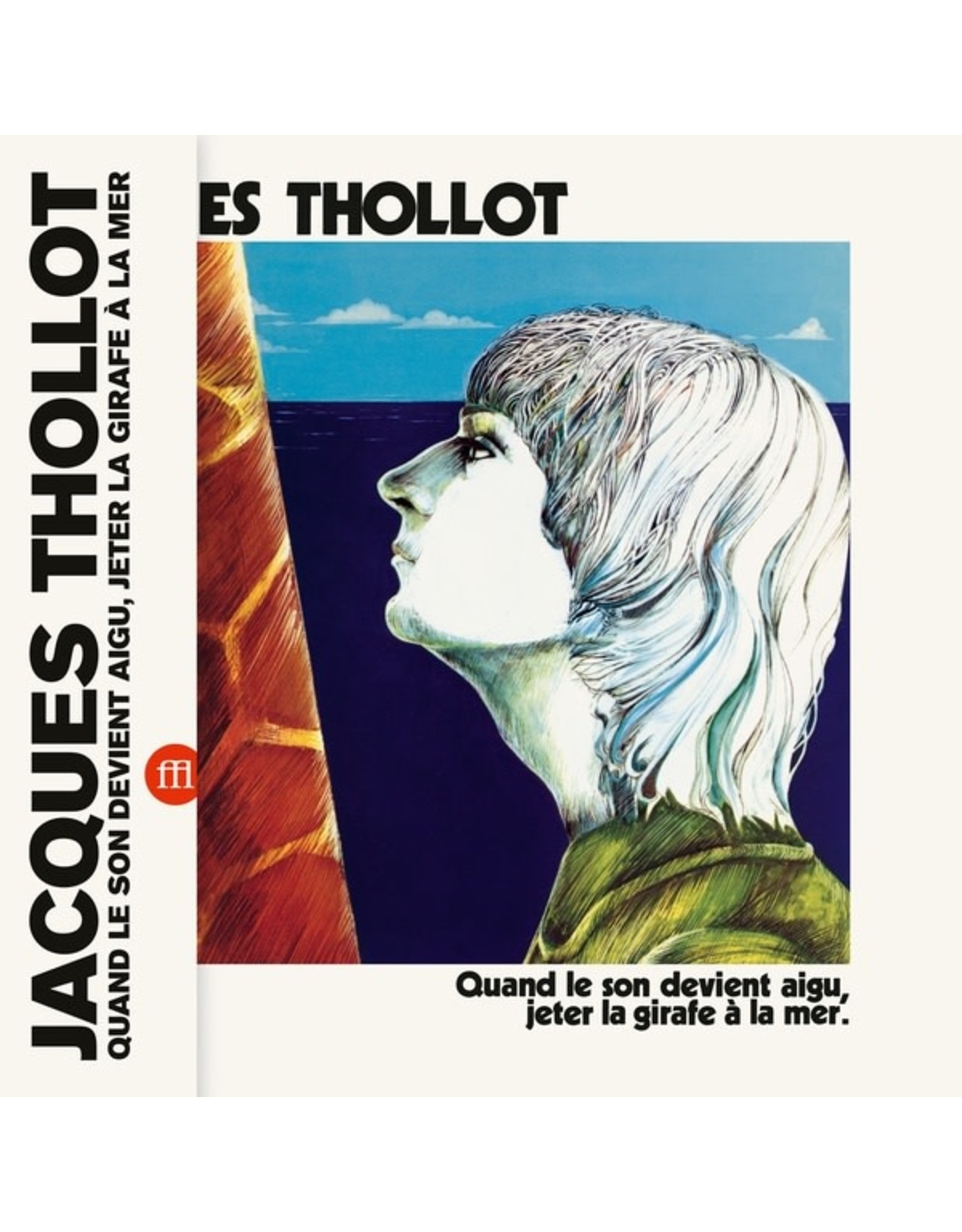 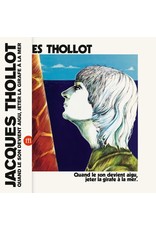 Souffle Continu Records present the first ever vinyl reissue of Jacques Thollot's Quand Le Son Devient Aigu, Jeter La Girafe À La Mer, originally released in 1971. While he was still just a young adolescent who had perfected his drum technique under the benevolent wing of Kenny Clarke, the Club Saint-Germain liked to present Jacques Thollot as a prodigy capable of holding his own with the famous jazz musicians who came through Paris. It was there that Eric Dolphy immediately noticed him, and from René Thomas to Walt Dickerson, everyone wanted to work with him. However, it was during the 1960s, first with Jef Gilson then François Tusques, Barney Wilen, Joachim Kühn, and Steve Lacy, that the decisive encounters occurred. Without forgetting that he joined, in 1968, one of Don Cherry's groups, went on tour with them and came back transformed. That being said, to present Jacques Thollot as an in-demand virtuoso who could adapt to any circumstances would be to ignore both his demanding compositions and his complete freedom from stylistic boundaries. Although he had already featured on some cult albums -- Our Meanings And Our Feelings by Michel Portal (1969), Monkey-Pockie-Boo by Sonny Sharrock (1970) -- the first album under his own name, recorded in 1971 for producer Gérard Terronès, who gave him free rein, would turn out to be an unexpected, unclassifiable and astounding work. Entitled Quand Le Son Devient Aigu, Jeter La Girafe À La Mer, ("when the sound gets high-pitched, throw the giraffe into the sea") it is an extraordinary sonic collage, created from discrete re-recordings and using just a handful of instruments including drums and piano. The result is a miracle, though the economy of means the production technique succeeds in putting the spotlight on the oddly elaborate compositions under an enigmatic but well-chosen title, borrowed from poet Henri Michaux. It puts into words the mysteries of a fragile melancholic universe which can be compared to another album by an iconoclastic drummer: The End Of An Ear by Robert Wyatt (1970). The difference being the highly personal elements which shine through the French musician's album, clearly drawn from listening intently to classics from Debussy, Ravel, and Barraqué (whom he knew), a seam which he would continue to mine on his equally excellent following albums Watch Devil Go (1975) and Cinq Hops (1978). Thollot recorded five albums under his own name during his lifetime, but those albums are marvelous. Licensed from Futura/Marge. 16-page booklet with unpublished photos an essay by Jean Rochard.