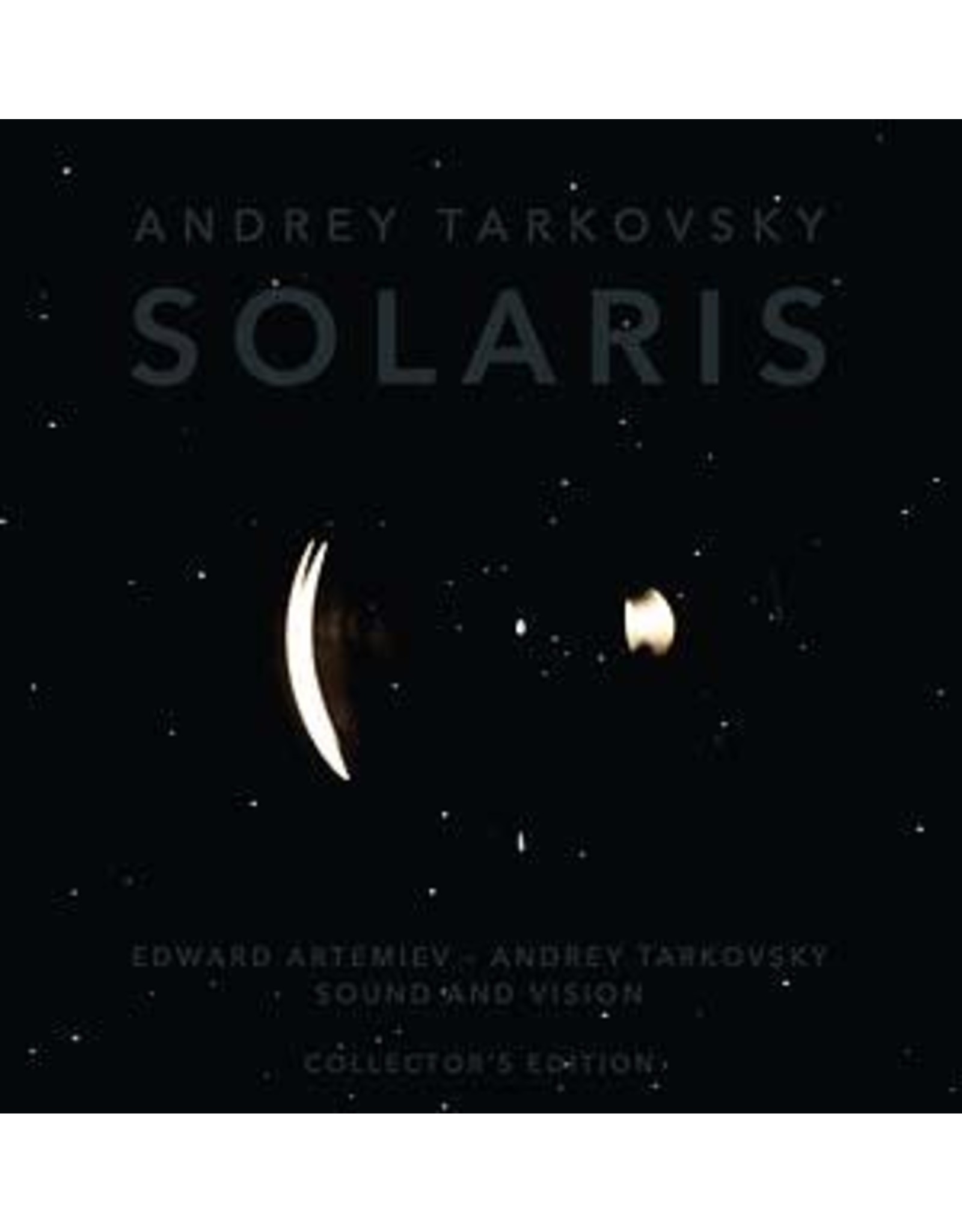 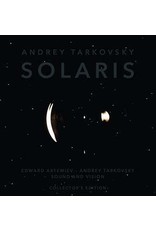 [note: the Blu-Ray disc is NOT region free as the label intended; it is manufactured to be Region B for Europe and will not play on standard USA Blu Ray players] Song Cycle Records present the release of Solaris. Sound And Vision, a collector's edition box set, that includes the soundtrack realized by the great Russian composer Edward Artemiev for Andrey Tarkovsky's masterpiece film Solaris (1972). The box includes the soundtrack in two formats: 180 gram, high-quality virgin vinyl and, for the first time, CD. The release is also accompanied by an exclusive, hardcover photo book with unreleased images of the movie set and essays about music and cinema of the duo Artemiev/Tarkovsky, and the BluRay version of the film, in original language with English subtitles; BluRay region B (Europe only). The set comes in a limited edition of 500 numbered copies.

The collaboration between Tarkovsky and Artemiev started in conjunction with the completion of Solariswhen the director was seeking for a film score capable to give back and complete, through the sound, the meaningful images of the film. Back in the day, Artemiev was a member of the legendary Experimental Studio of Electronic Music in Moscow, a place of high experimentation in the field of the electronic music, in the context of which the ANS synthesizer was conceived and employed for the first time for music composition. Invented almost ten years before by Murzin, the ANS was used by Artemiev to create the special sound atmosphere that Tarkovsky was looking for. Artemiev and Tarkovsky's association will also extend to two other undisputed masterpieces of Tarkovsky, Mirror (1975) and Stalker(1979), both forthcoming. A unique artistic joint-venture is that among the duo, in which the musician is seen as a sound organizer, more than a composer, within the process of giving form to a soundscape intertwined completely with the film in its unfolding: always essential and never to be experienced as an accessory element. What emerges here is how and at what degree for Tarkovsky the sound is part of his own existence. Made in collaboration with the Andrey Tarkovsky Institute, Solaris. Sound And Vision is a compelling publication for everyone who wants to dive deep into the Tarkovsky's realm.