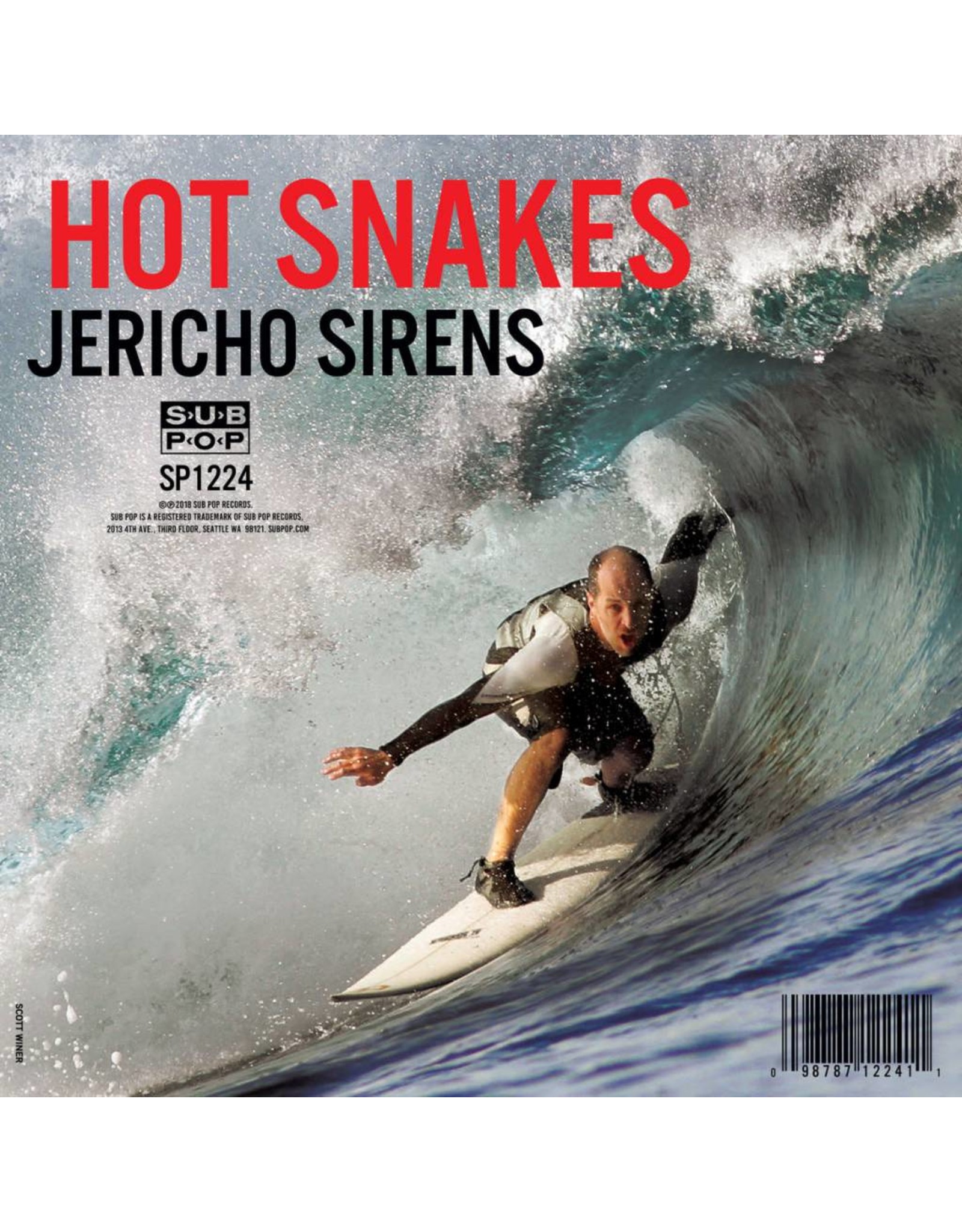 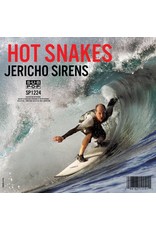 After a 14-year hiatus from the studio, Hot Snakes kick down the door with their new album, Jericho Sirens. The record blasts out of the speakers with the furious “I Need a Doctor,” inspired by Rick Froberg’s experience needing a doctor’s note in order to miss an important work function. Throughout Jericho Sirens, Froberg commiserates with the frustration and torrential apathy that seems to be a fixture in our daily lives, while also reminding us that we have no fucking clue. “Songs like ‘Death Camp Fantasy’ and ‘Jericho Sirens’ are about that,” he says. “No matter where you look, there’re always people saying the world’s about to end. Every movie is a disaster movie. I’m super fascinated by it. It is hysterical, and it’s a self-fulfilling prophecy. It snowballs, like feedback, or my balls on the windshield.” Musically, the album incorporates the most extreme fringes of the Hot Snakes sound (the vein-bulging, 78-second “Why Don’t It Sink In?” the manic, Asian Blues on speed of “Having Another?”), while staying true to longstanding influences such as the Wipers, Dead Moon, Michael Jackson, and Suicide on propulsive tracks such as “Six Wave Hold-Down.” Other moments like the choruses of “Jericho Sirens” and “Psychoactive” nod to Status Quo and AC/DC.