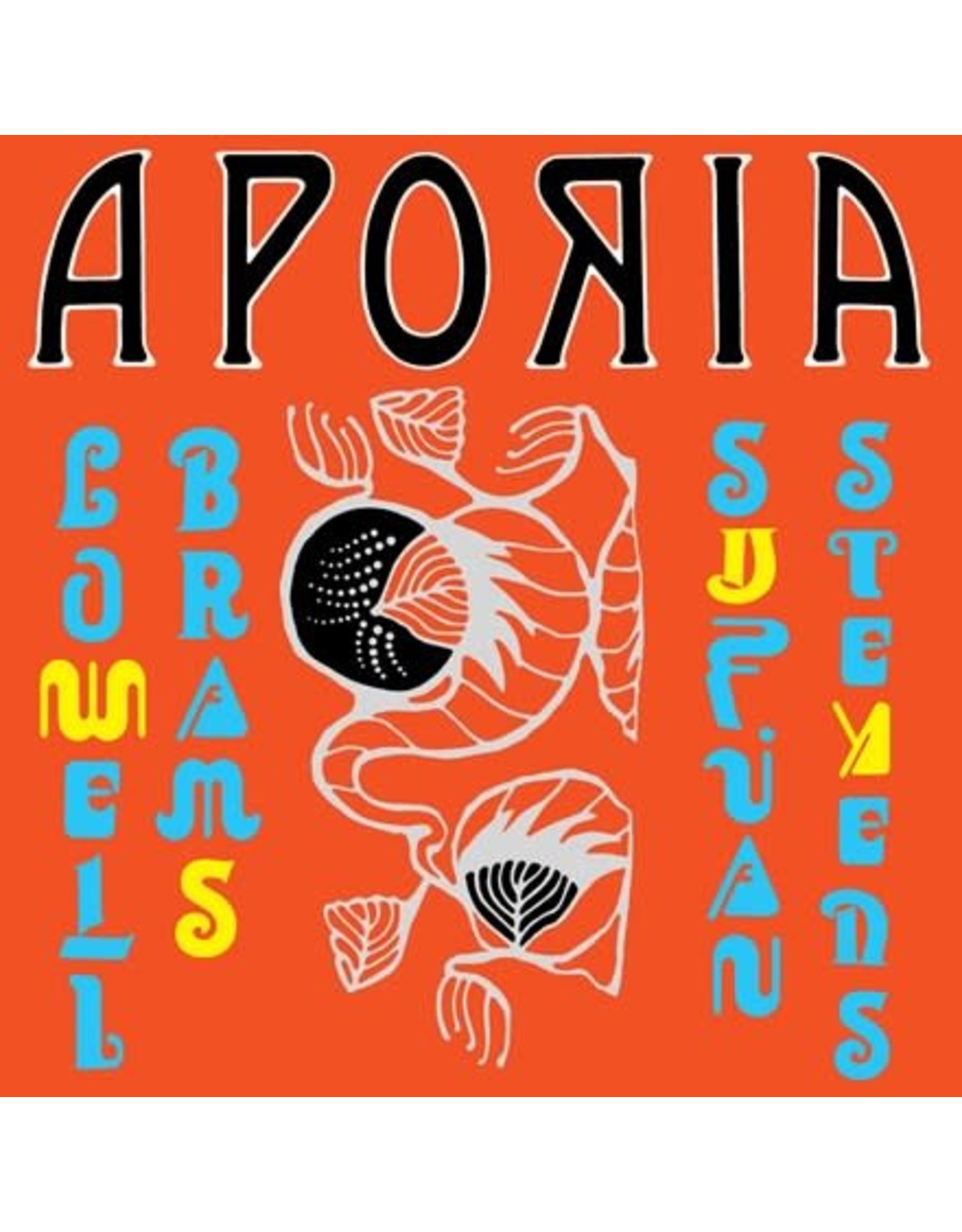 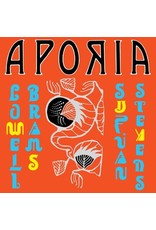 In 2008, Asthmatic Kitty records released a curiosity as part of their now defunct "Library Catalog Music Series:" a demented and wide-ranging UR jam called Music for Insomnia credited to Lowell Brams. On further examination, the liner notes revealed that this banquet of disquieting vibrations included a significant collaborator: the multi-instrumentalist and singer-songwriter Sufjan Stevens. Since Asthmatic Kitty was Stevens' main outlet, and Brams was the label's founder (and Sufjan's step-dad), this pairing wasn't surprising. But the musical output was. Music For Insomnia was an entire album of drones, dissonance and queasy synth squelches replete with titles that referenced various sleep aids and disturbances. It's a heady footnote in the AKR catalog but not a tent-pole record.

Sufjan and Lowell never stopped making music together. After over 10 years without a co-release, the music on their new,mostly instrumental album Aporia is everything that Insomnia is not. Where Insomnia alienates, Aporia charms. Where Insomnia is frivolous, Aporia's 21 tightly crafted songs resonate with a gem-like intensity. In the spirit of the New Age composers who sanded off the edges of their synths' sawtooth waves, Aporia approximates a rich soundtrack from an imagined sci-fi epic brimming with moody, hooky, gauzy synthesizer soundscapes. The album may suggest the progeny of a John Carpenter, Wendy Carlos, and Mike Oldfield marriage, but it stands apart from these touchstones and generates a meditative universe all its own. Aporia is no mere curio in Sufjan's catalog – but a fully realized collaborative musical piece.

In terms of the album's deeper meanings ("aporia" is a philosophical term that means "an irresolvable contradiction"), one could easily hear this music as a soundtrack to a heady Igmar Bergman film that seeks to answer life's insoluble questions: Who Are We? Why Are We Here? What Is The Meaning of Life? You can hear these questions, and the echoes of Sufjan and Lowell's years together, in the tracks redolent with the B-movie soundtracks and wild experimental albums over which they bonded. Tracks like "Agathon," "Afterworld Alliance" and "The Runaround" feel like unrecorded fantasy jams between Giorgio Moroder, Vangelis and Tangerine Dream. "Eudimonia" sounds like a sister track to New Order's "Elegia" and there is a reference to their shared musical hero in the miniature "For Raymond Scott."