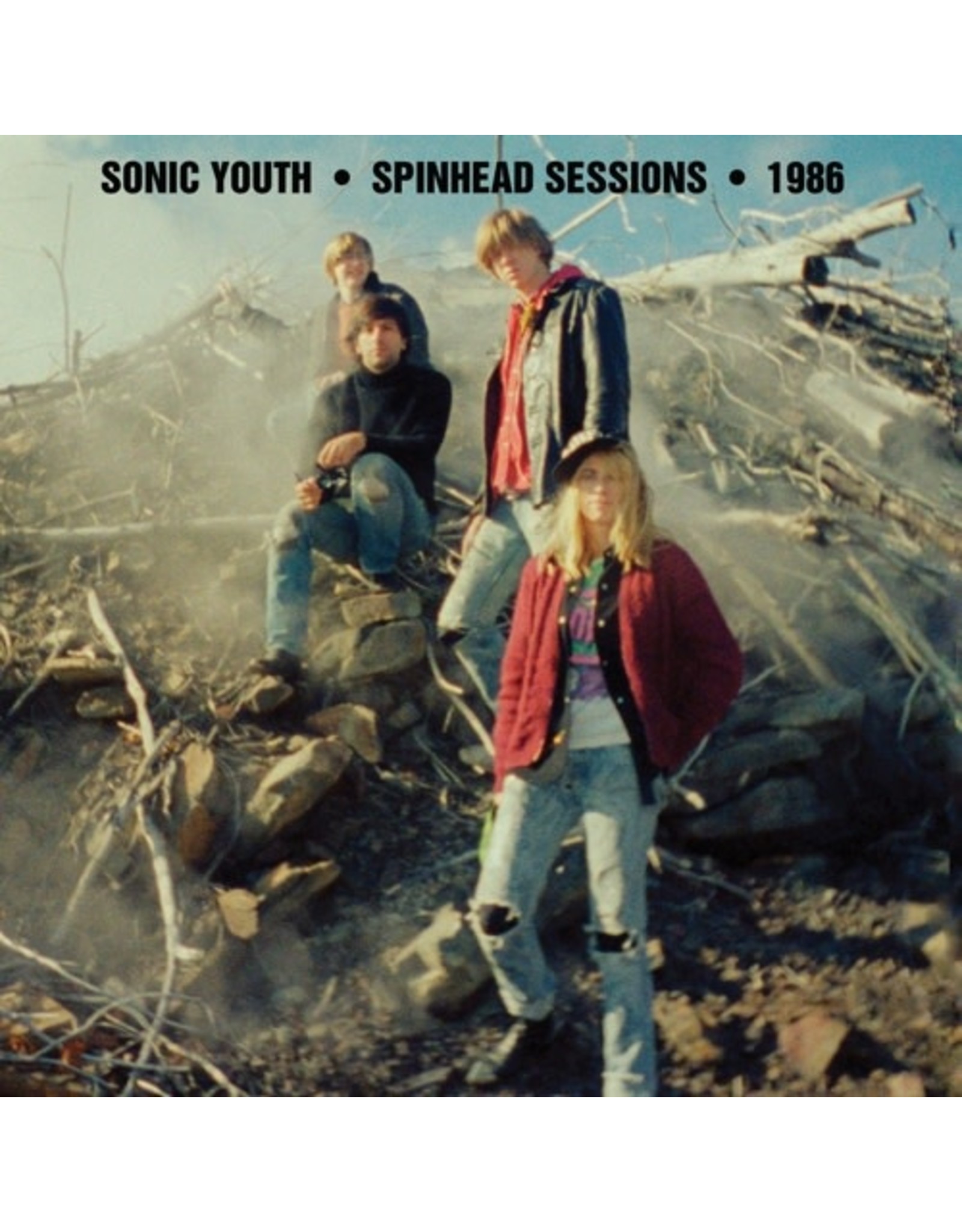 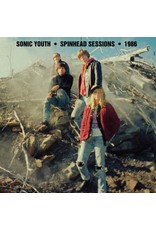 The slow-burn sounds of Sonic Youth’s 1986 rehearsals to score Ken Friedman’s spooky highway film Made In USA are yet another mile marker in the band’s long and varied existence, now being issued as Spinhead Sessions (named for the North Hollywood studio used by SST label acts like Black Flag and Painted Willie). These jams were later built upon for a full-on (and quite different) soundtrack production, but the rough sketches here find the band taking time with truly new and introspective sound worlds. It was basically a brand new way of working for Sonic Youth, albeit a challenging one, under the auspices of major Hollywood film production overlords, routing their way into the world of soundtrack scoring. And it all comes at a key time and place.It’s no secret that 1986 was a transformative year for the band in many ways. The gravitation to the beloved SST stable, in addition to Steve Shelley, now drumming, certainly gave Sonic Youth a renewed vigor and vocabulary. They were already an international touring machine, and gaining considerable steam with critics (even spinning the heads of detractors who had dismissed their arty downtown boho sensibilities prior to ’86’s EVOL). Their cultdom with fans had concrete roots by this point, and the influences that were swarming in the band’s orbit marked an exciting time, where almost any trajectory seemed possible, and they were going for it.Friedman’s film worked on a relatively darker frame for a mainstream Hollywood flick; characters played by stars Chris Penn and Adrian Pasdar made a cross-country journey that started out in Centralia, Pennsylvania, a real-life, anthracite coal producing town that had to relocate all its residents due to a decades-long, inextinguishable underground fire. The Sonics passed through this haunted-looking locale on their next tour after the sessions, and are pictured on the sleeve standing amidst smoldering embers. For the sounds they made at Spinhead, this image seems a fitting mental picture. Guitar harmonics billow like smoke, heavily reverbed drumming and shimmering cymbals echo from what sounds like the bottom of a deep mine.This newly born Spinhead Sessions release once again defines Sonic Youth in a raw and engaging state of discovery at a terrific time. Is it a missing link between the complex, crafted cavernosity of EVOL and the frayed-electric powerline sizzle of Sister? Yes and no. It’s an entirely unique animal, a meditative album where you can soak in the template of tapping overtones, sedate explorations of new chords, even sounding at times like AMM trying to play the VU’s Sweet Sister Ray bootleg or something similar. It’s trademark Sonic Youth at the core, and in an unfettered, dreamy state and time, there and gone like smoke.—Brian Turner, WFMU Music Director .

Goo is the sixth studio album by the American alternative rock band Sonic Youth. It was released by DGC Records on June 26, 1990; the album was the band's first on a major label after the group left Enigma Records to sign with Geffen. For the album, Sonic
Add to cart
Sonic Youth: Goo LP
C$26.99

Daydream Nation was Sonic Youth’s sixth full-length, their first double-LP, and their last for an indie label before signing with Geffen. Widely considered to be their watershed moment, the album catapulted them into the mainstream and proved that indie b
Add to cart
Sonic Youth: Daydream Nation LP
C$34.99

Originally slated to be a seven-inch single to follow up their self-titled debut, Sonic Youth ’s Confusion Is Sex blossomed into the band’s first album: a brain-bludgeoning, completely fried endeavor of dissonance and disarray, a perfect soundtrack for r
Add to cart
Sonic Youth: Confusion is Sex LP
C$29.99
Please accept cookies to help us improve this website Is this OK? Yes No More on cookies »