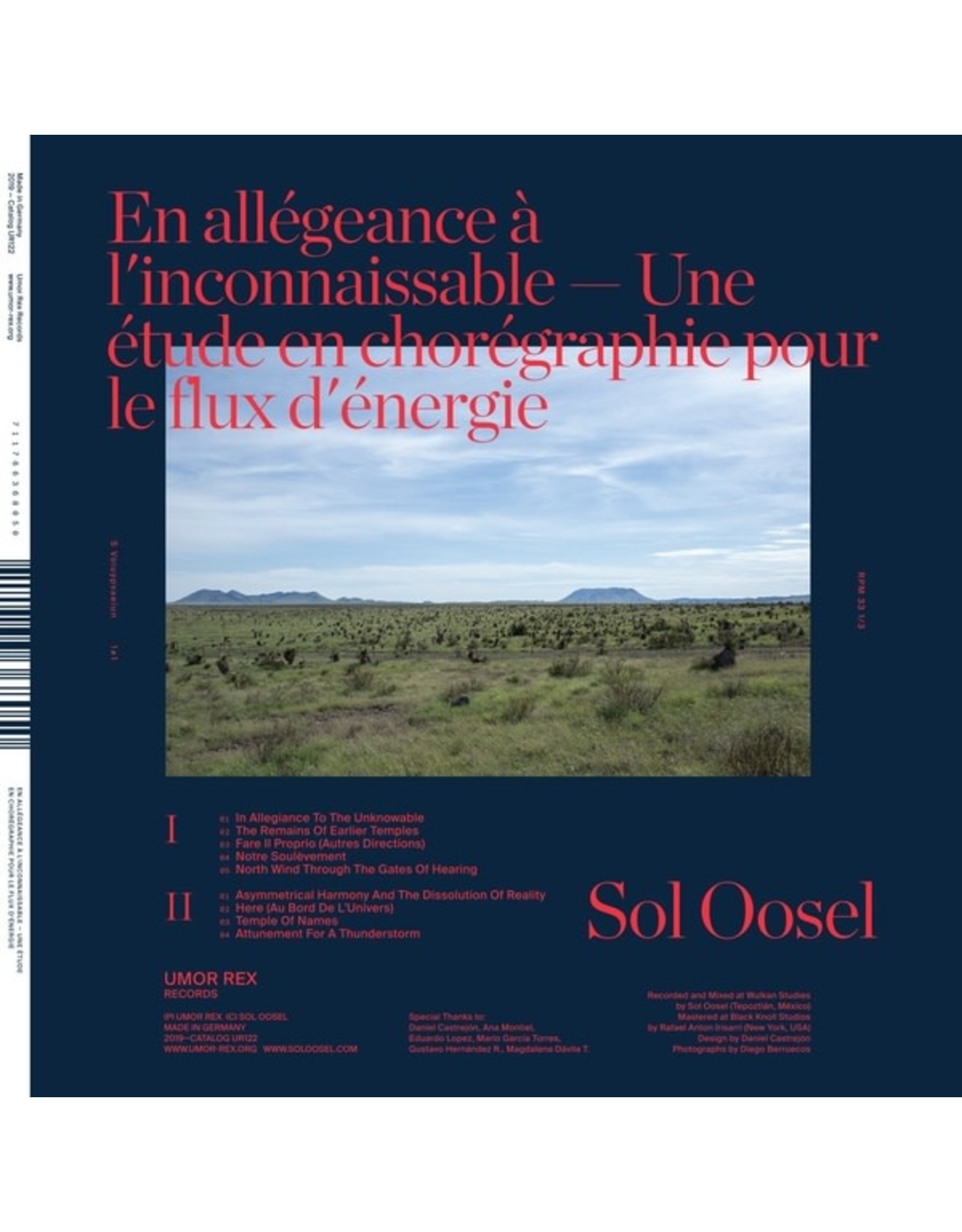 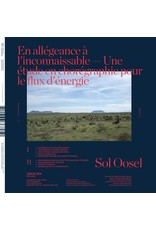 Sol Oosel presents an album with a complex mixture of tones and structures, striking a close relation between a sort of devotional music and a trancelike state. Beyond his own specific exploration of the possibilities of electronic modular synthesis, Sol Oosel searches for hacks in different states of consciousness by way of sound. En allégeance à l'inconnaissable - Une étude en chorégraphie pour le flux d'énergie is meant as a musical aid for visualizing the ability to dance with and manipulate attainable flows of energy. Largely produced using modular synthesizers and the Roland SH-09, Sol Oosel stretches beyond the fields of ambient music, adding a special sense of drama to this psychoactive journey. Each song is built around solid structures and infused with a mystical atmosphere. Harmonically, this album is close to Hans-Joachim Roedelius' early works; it is emotionally positive, informed by pop nuances that are rarely found in this type of ambient music. Sol Oosel also owes to the works of Klaus Schulze; however, while Schulze was concerned with space and made music of the unknown but conceivable cosmos in his mind, Sol Oosel is more interested in Earth and the force that weighs us down in this complex physical reality. His music speculates on the relationships between inner and outer worlds. En allégeance à l'inconnaissable... is a soundscape and a choreographic exercise for relaxation, intentionally disrupted by "Here (Au Bord De L'Univers)", a deconstructive piece covered in multiple layers of repetition, progressive beats, and kosmische pulsation which detours from the flow. In a way, it represents the bridge between all these cosmic and earthly energies. This is Sol Oosel's debut on Umor Rex. He previously self-released the album Janus, and was member of several bands and projects before focusing in Sol Oosel. He lives in the rural village of Tepoztlán, México, where he works as an artist, performer, sculptor, sonic landscaper, and dancer.