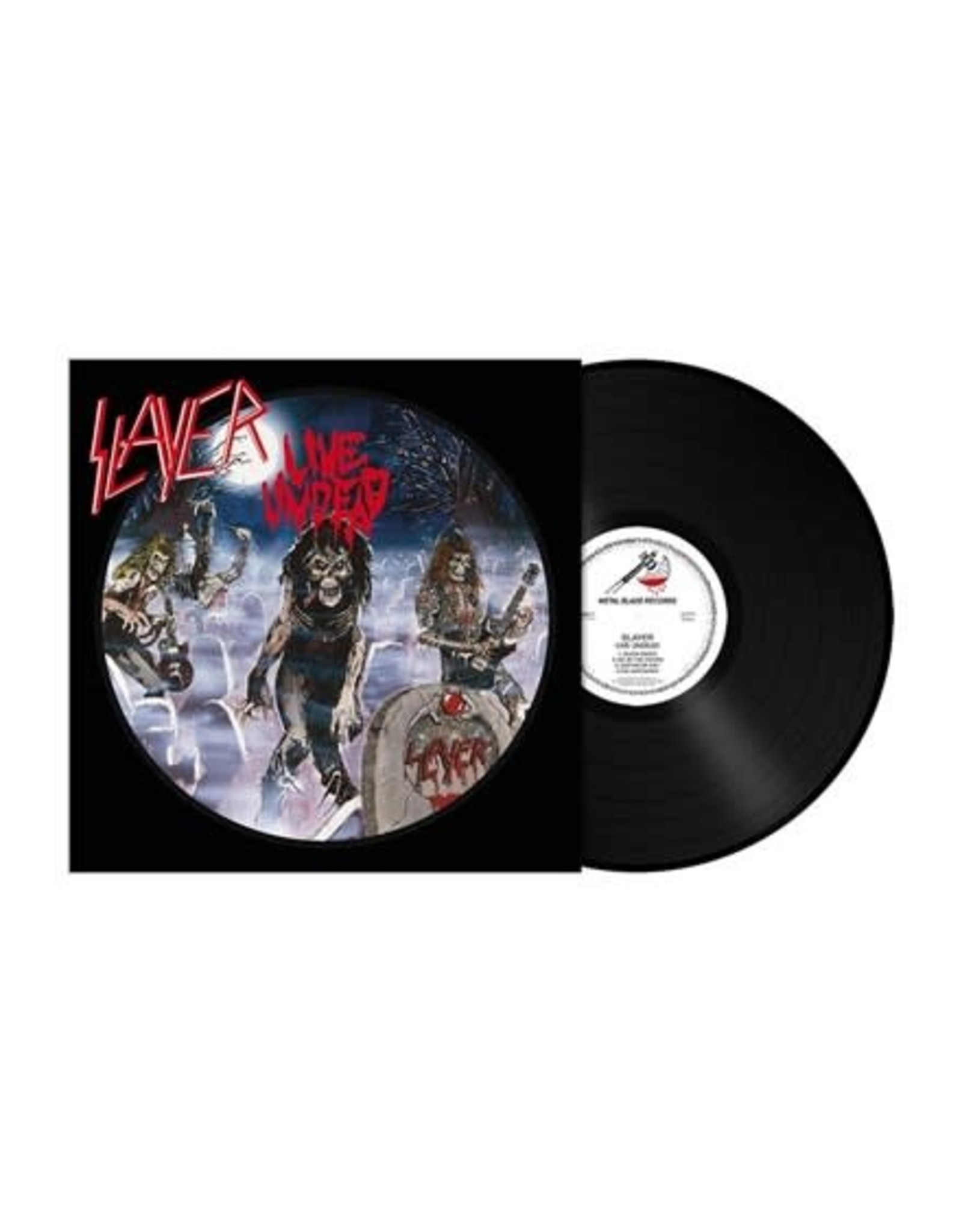 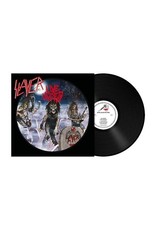 Formed in 1981, Slayer assaulted the world with a new hybrid of metal and punk – heavier, faster and darker than the rest – and set a new standard, defining not only a genre, but an attitude. Throughout Slayer's history, the band never faltered in unleashing their extreme and focused aural assault, and repudiating temptations, always choosing to remain crushing and brutal, steadfastly refusing to cater to the mainstream. In October 2021 the five-time nominated, two-time Grammy winners deliver a suite of vinyl reissues of their classic records Show No Mercy (1983), Haunting the Chapel (1984), Live Undead (1984), and Hell Awaits (1985) via Metal Blade Records. Live Undead features five tracks from Slayer's debut, Show No Mercy which was issued a year prior, one cut from the three-song Haunting The Chapel EP and the non-album track "Aggressive Perfector." The songs fundamentally follow the heavy handed arrangements of their studio counterparts, but are enhanced with an added energy and menace that was vital to Slayer's exciting early period.