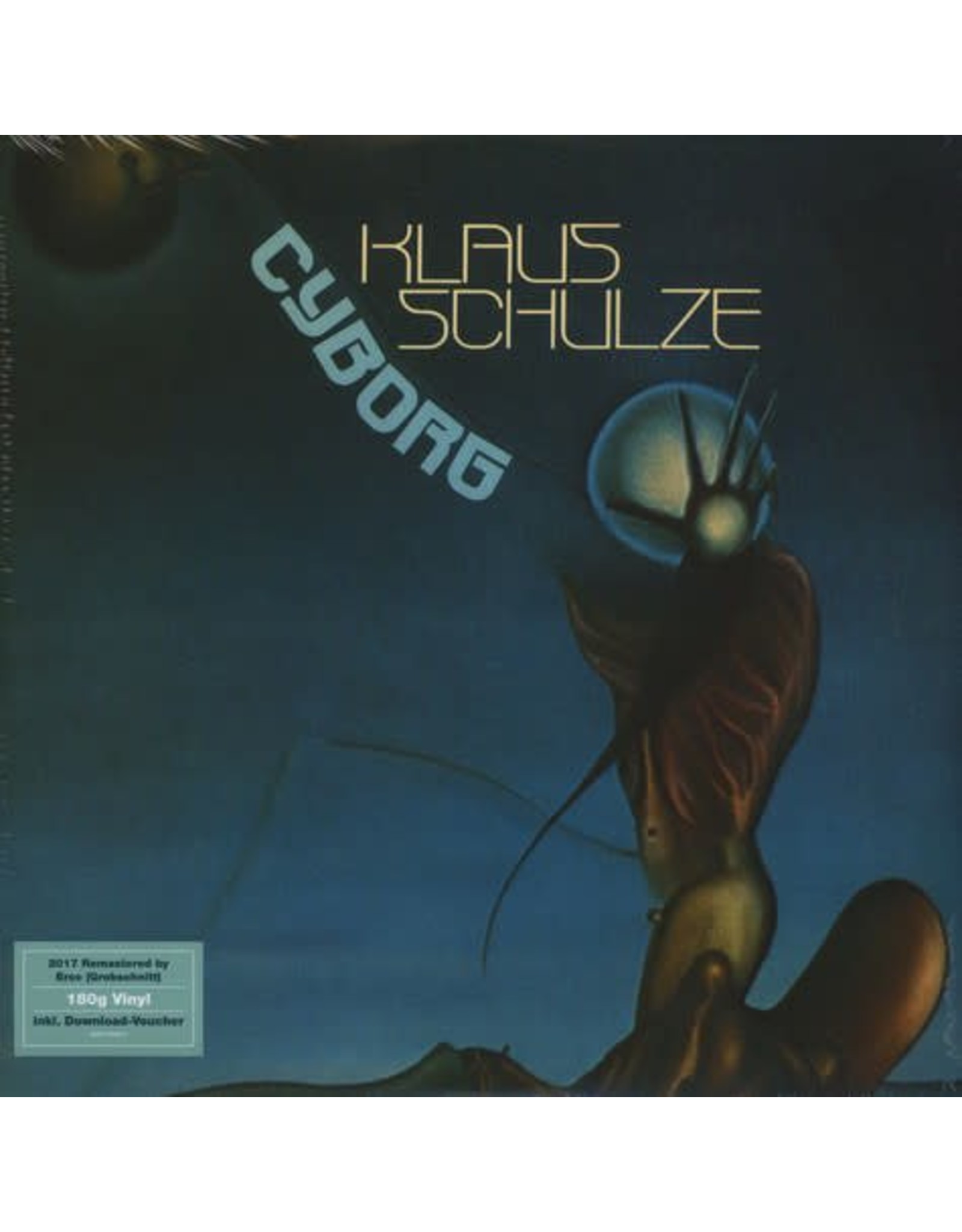 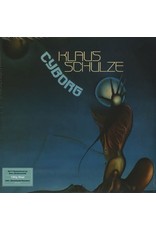 Along with Tangerine Dream’s Zeit, Klaus Schulze’s Cyborg stands as one of the supreme achievements of Germany’s early 1970’s space cadet nexus. Dark and disturbing, yet eerily hypnotic, Cyborg is a panoramic voyage from the outer limts of far-flung galaxies to the even more stranger inner landscapes of the human brain. It’s basically over an hour and a half of cosmic background radiation filtered and amplified through little more than a VCS3 synthesizer and a Farfisa organ. Its simplicity is almost primal; its effect on the listener is nothing short of mind altering. The opening track “Synphara” reminds one of a seance being conducted in the absolute darkness of the intergalactic void. The ominous drone of detuned oscillators and Schulze’s hovering Farfisa create a sinister backdrop for a barrage of cosmic debris distilled and modulated through pulse, triangle and sawtooth wave fluctuations. “Conphara” continues this otherwordly invocation by slightly changing the pitch of the fundamental drone and adding the ghostly presence of a full orchestra that drifts in and out of the sonic interstices created by Schulze’s humming generators. The overall effect is like being in a cathedral floating through the asteroid belt. “Chromengel” roils with the menace of an approaching thunderstorm, its leaden cellos rising and falling like a low pressure front as a hail of electronic effects ricochet in the consuming darkness. The final cloudburst of shrieking high-voltage energy unleashes a sheet of synthetic rain that sweeps the piece into brooding silence. “Neuronengesang” (trans. “Song of Neurons”) reverses polarity and charts a course directly to the stormy hemispheres of the listener’s brain. Its massive synthesized drones crash like shards of lightning across convoluted gray matter terrain while charged particles of electronic noise crackle and explode in the atmospheric flux. Its subtle shifts of timbre and tonality almost resemble the static flow of electricity trapped in a Tesla coil. Imagine standing at the center of a power station where invisible speeds of energies race so fast they stand still, where blue fire flickers snap and hiss and shuttle through the humming air, where pulsing currents crawl across the skin like a prickling electric spider–these are the impressions “Neuronengesang” evokes. Long before it was fashionable, Schulze had gone where no one had dared to explore, and Cyborg is the travelogue of that strange but fascinating voyage.