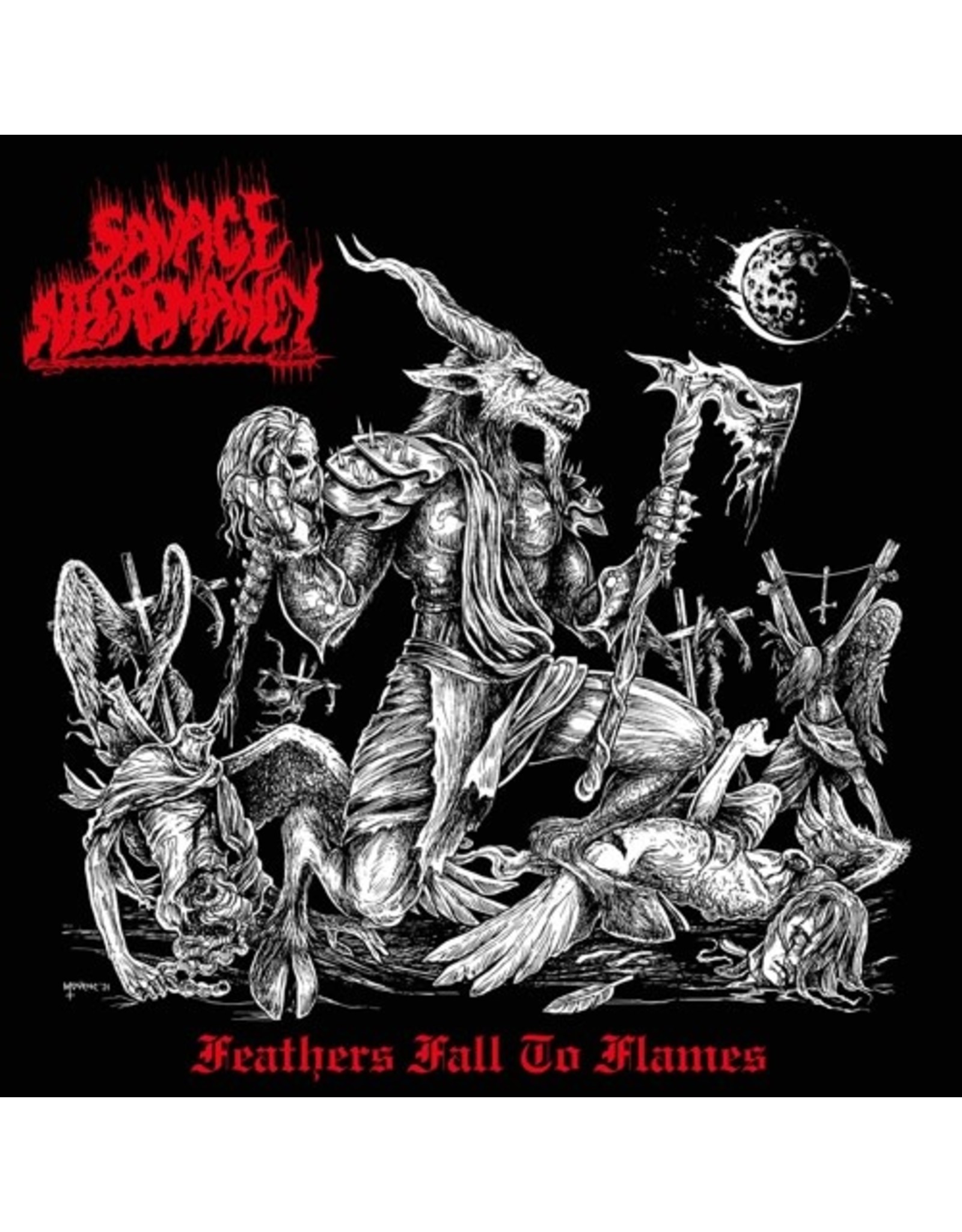 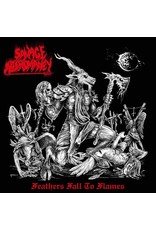 ON LIMITED BLOOD RED VINYL!!! Black and death metal are uniquely positioned entities as both grounds for vast experimentation and unyielding pillars of tradition. Both directions have merit and appreciation within the underground, both keep the genre weltering in new blood. Savage Necromancy are firmly in the latter camp, preserving and strengthening the heritage of the most unholy and barbaric blasphemies in ways immediately recognizable and deeply worshipped, yet putting their distinctive mark on the style. The cruel sound and influences displayed on the Savage Necromancy debut album Feathers Fall To Flames are instantly familiar, and when done with such magisterial fervor and conquering fire become not occasion for admonishment but cause for debauched blood-soaked celebration. Tried and true bestial ferocity, profane mockery and spike-fisted black metal victory that leaves no cross unturned. As Savage Necromancy prepares the already under construction second album for new label 20 Buck Spin, Feathers Fall To Flames now experiences a wider release for the first time after its initial short run in 2021. Savage Necromancy has only begun to storm the gates of Heaven. 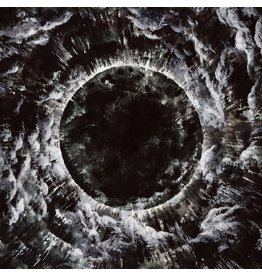 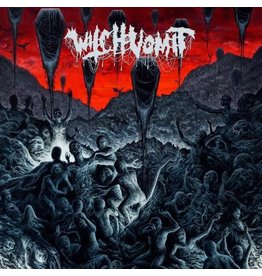 Coloured wax! A new level of barbaric mastery was achieved on 2019’s Buried Deep In A Bottomless Grave, Witch Vomit’s second full length from. It was now undeniable that the band was not merely another “OSDM” (stale terminology) band when they’d evolved a
Add to cart
Witch Vomit: Abhorrent Rapture (Coloured) LP
C$34.99 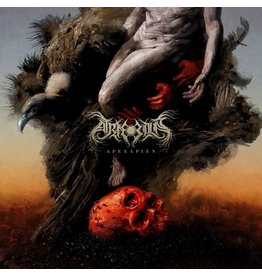 Canada has long been a wellspring from which fierce technical brutality has continuously flowed. In that tradition Atræ Bilis offer the imminent predatory attack of Apexapien, their debut full length offering and one poised to set them on a path of unfett
Add to cart
Atrae Bilis: Apexapien LP
C$34.99 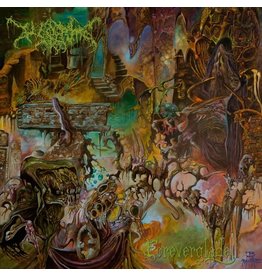 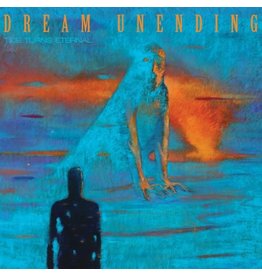 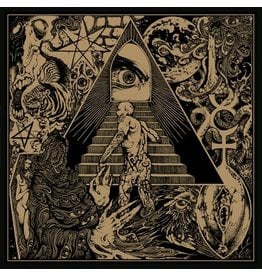 Egregore, a hitherto unknown entity in the narrow boundaries of the material world, now appears for the first time with the obscure musical treatise The Word Of His Law: An address to Abraxas in his time and place, through his Grand Viseer, Thine Panpsyco
Add to cart
Egregore: The Word Of His Law (Coloured) LP
C$34.99 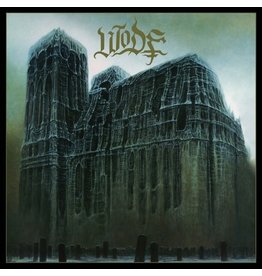 In 2021 Wode released their third album Burn In Many Mirrors via 20 Buck Spin to wide acclaim throughout the international metal underground. The band had evolved their sound into a searing amalgamation of black metal, death metal and flashes of classic h
Add to cart
Wode: Wode (Coloured) LP
C$34.99
Please accept cookies to help us improve this website Is this OK? Yes No More on cookies »