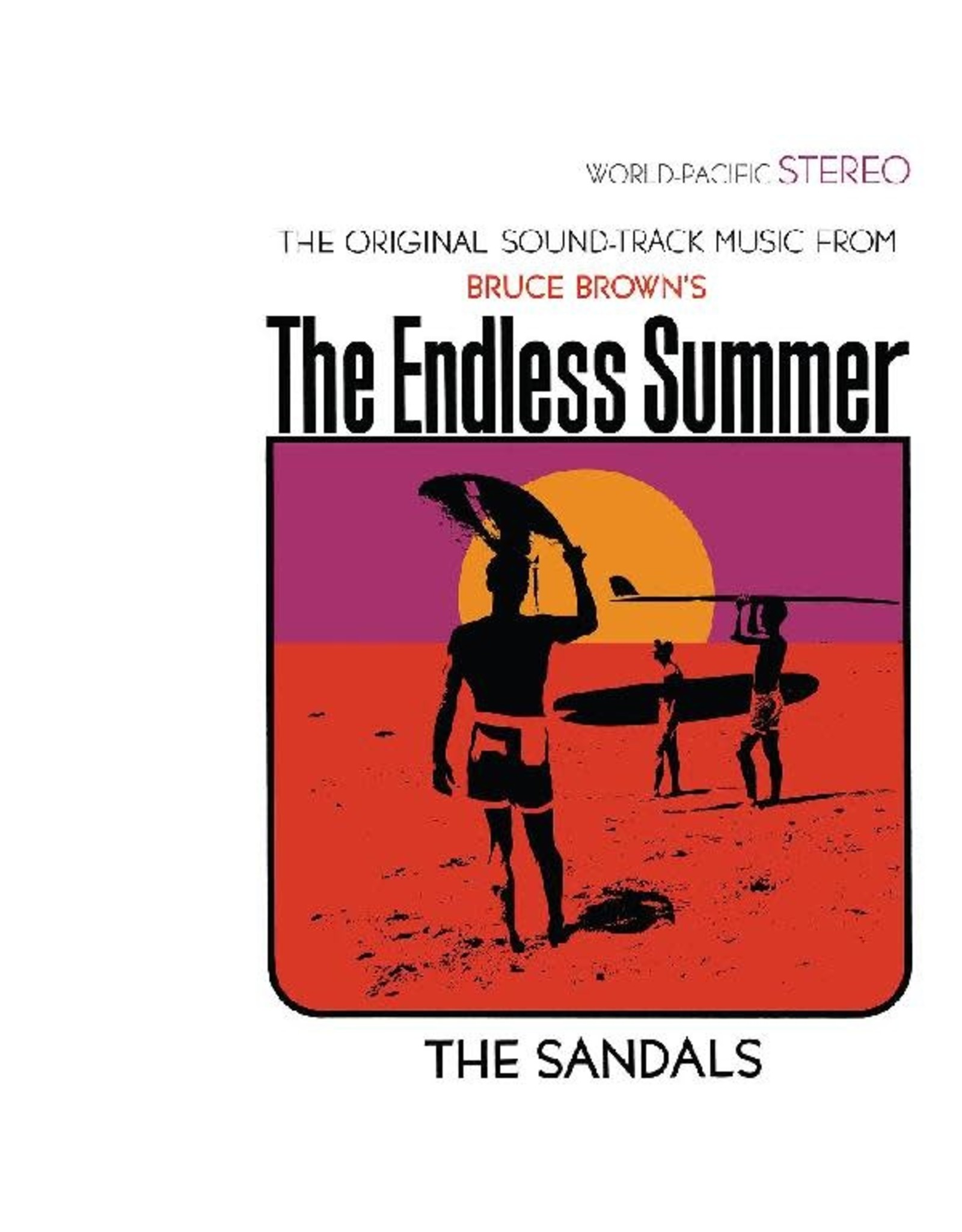 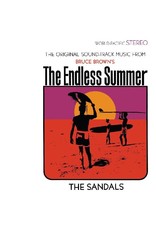 You never know when the magic is going to happen. Witness the saga of The Sandals’ 1966 album The Endless Summer. The San Clemente, CA-based surf group The Sandells had released their album Scrambler! on the World Pacific label in 1964 to little notice when they met up with surf documentary maker Bruce Brown. Brown had already made five surf-oriented movies, also largely ignored, but had hit upon an intriguing idea for his next one: tracking two surfers across the world as they followed the Summer sun from the Northern Hemisphere to the Southern Hemisphere and back in search of the perfect wave. Brown was just beginning to edit his footage when The Sandells played him tunes from Scrambler!, hoping to sell him a song for the film. Brown was so smitten by the music that he used a number of tunes from Scrambler!, including the classic “Theme from Endless Summer,” which, even though it was recorded two years earlier, became the film’s musical calling card. The blend of the easygoing surf instrumentals with Brown’s spectacular footage proved to be pure gold: the movie The Endless Summer ran in New York for a full year and was instrumental (no pun intended) in spreading surf culture worldwide. As for The Sandells, they changed their name to The Sandals, and re-released Scrambler! as The Endless Summer in 1966, ensuring that the album took its rightful place as one of the greatest surf instrumental records of all time. Our Real Gone reissue comes in “ultra” violet vinyl with the original artwork…first-ever domestic reissue, sunscreen not included!