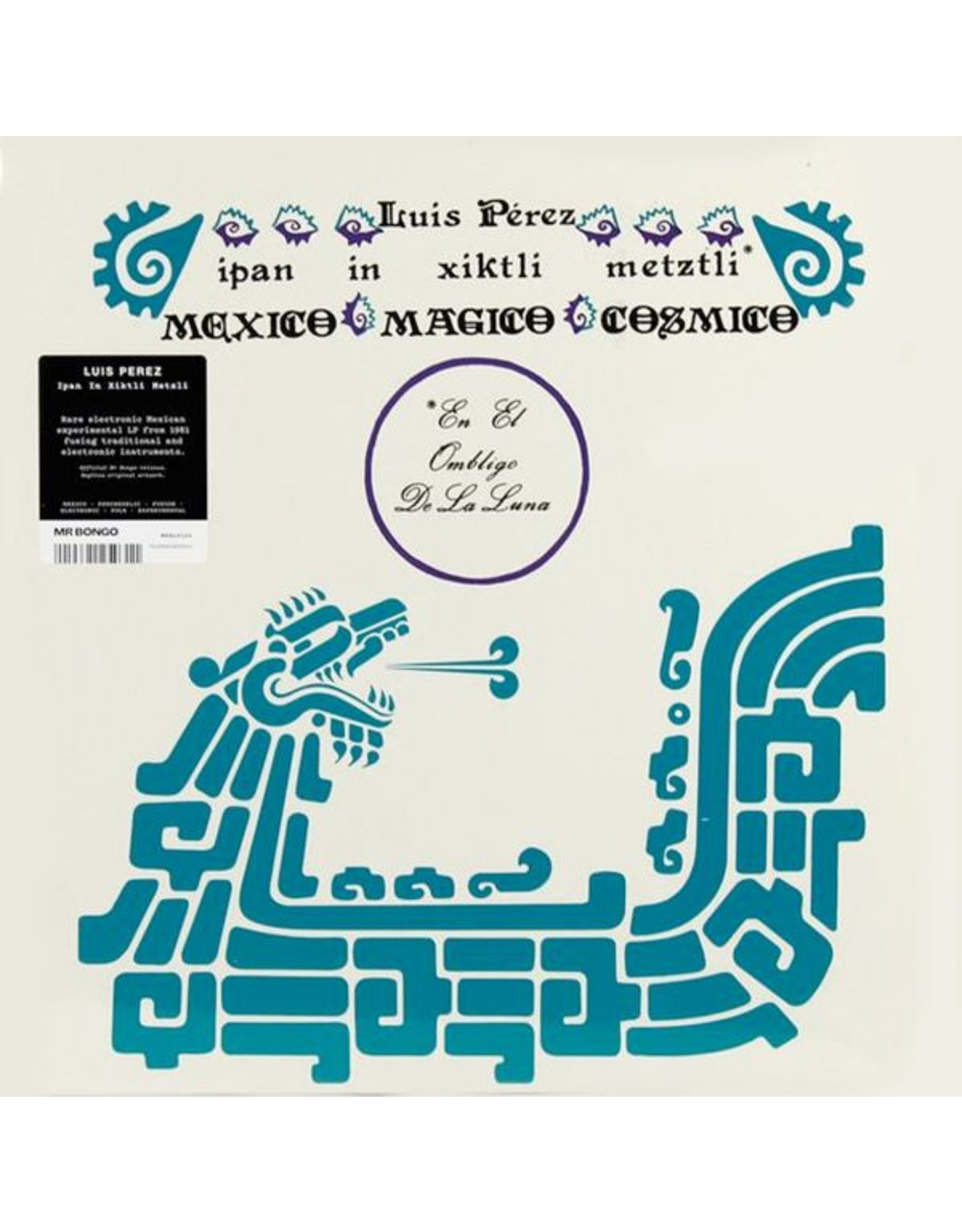 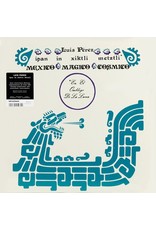 Official Mr Bongo reissue. Replica original artwork, including the insert with listening instructions, in Spanish and English. Luis Pérez was born in Mexico City on July 11, 1951. From 1971 onwards he dedicated much of his time to the research of the pre-Columbian instrumentation of Mesoamerica. This research allowed him to travel the Mexican territory and study musical traditions of the native peoples of Mexico. He learned directly from the living sources of the music and collected samples of musical instruments and the songs of different native speakers including Maya, Nahuatl, Mazateco, Yoemem, Comcaac, Raramuri, Wixarika and more. His personal collection of native Mexican instruments includes ethnographic instruments still in use by ethnic groups, along with archaeological artifacts some of which are more than 2,000 years old. He continuously utilises these instruments in performances, concerts, lectures, exhibitions, and recordings, keeping them alive.‘El Ombligo de la Luna’ delves deep into the past but also exists entirely outside of time, as Luis Pérez ‘Ixoneztli’’s offering to the world – the soul of Mexico channeled through the hands and heart of a master musician. Huge thanks to Carlos Niño for his assistance on this very special project. Copy adapted from original copy written and supplied by Jesse Peterson (2017), used with thanks. Licensed directly from Luis Pérez.