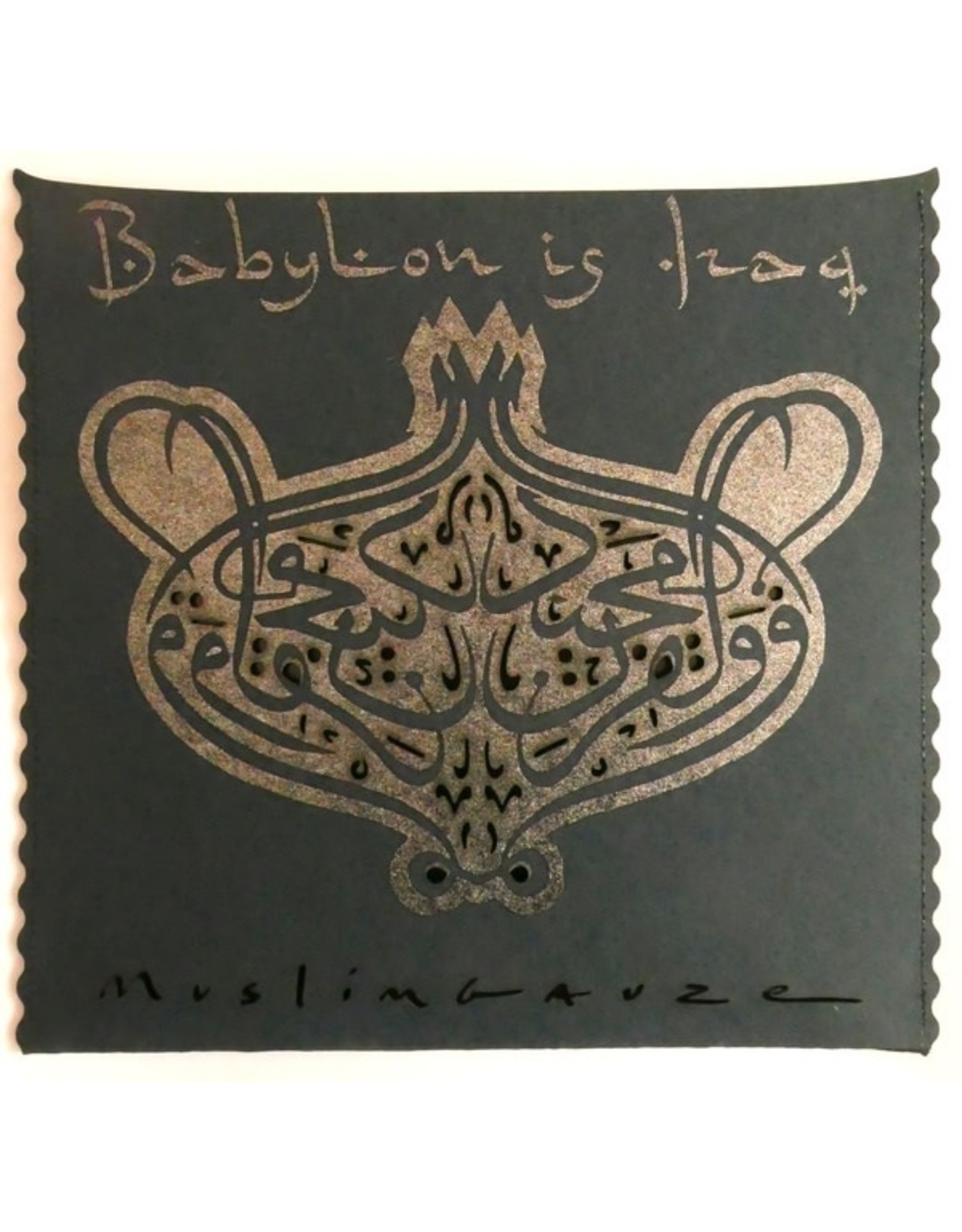 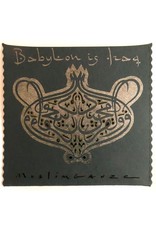 Unsurprisingly for a creator as prolific as Muslimgauze's Bryn Jones was, when he was asked for a contribution for any sort of group project, he would tend to provide more options than necessary. In the case of longtime label Staalplaat's 1996 compilation Sonderangebot, where Jones would find himself in the company of everyone from Charlemagne Palestine to Reptilicus, the selected track was the characteristically head-spinning "Kaliskinazure", nine minutes of insistent digital percussion bouncing the listener back and forth between samples of wailing women's voices and a trebly, blurry little whirr that traces the percussion. It's distinctive enough even among the vast Muslimgauze corpus, but as the continued excavation of DATs Jones submitted to his labels continues, sure enough there's more to that track's story, too. An extended "Kaliskinazure" makes up the second of four tracks on Babylon Is Iraq, although it's been lost to the mists of time whether an outside editor excised the more drifting, less needling coda that makes up the extra six minutes found here, or whether Jones simply submitted both versions of the track at different times. This more complete version of "Kaliskinazure" is surrounded by shorter tracks, with the opening "Kaliskinazure _ Momada" sounding not very much like either track it references (instead being a barely-there wisp of far-away sampled wind instruments and what sounds like treated cymbal sounds) and the title track constantly coming to a full, roiling digital boil. The lengthy "Momada" closes out the album with a different, more tersely internal arrangement surrounding the same percussion pattern that will be familiar to any Sonderangebot fans, although the way the quieter atmosphere transforms the feeling of that rhythm indicates once more than Jones's way of reconfiguring his pieces over and over was perhaps more purposive and even more effective than he's sometimes given credit for. The result is a fascinating expansion on one of Muslimgauze's strongest stand-alone moments, as well as a fitting tribute to an artist who would never give you a track if an album would do. such strong powers of suggestion. Cover made of 1mm thick bleu cardboard, sewed, text silver glitter screen-print, black image, name, and side lines are lasercut -- All done by hand! All tracks written, performed, mixed by Muslimgauze. Recorded, engineer, mixed by John Delf. Unreleased material. Edition of 500 (numbered). 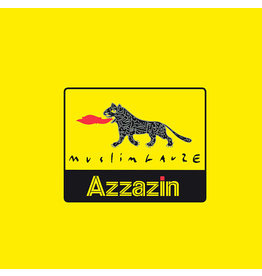