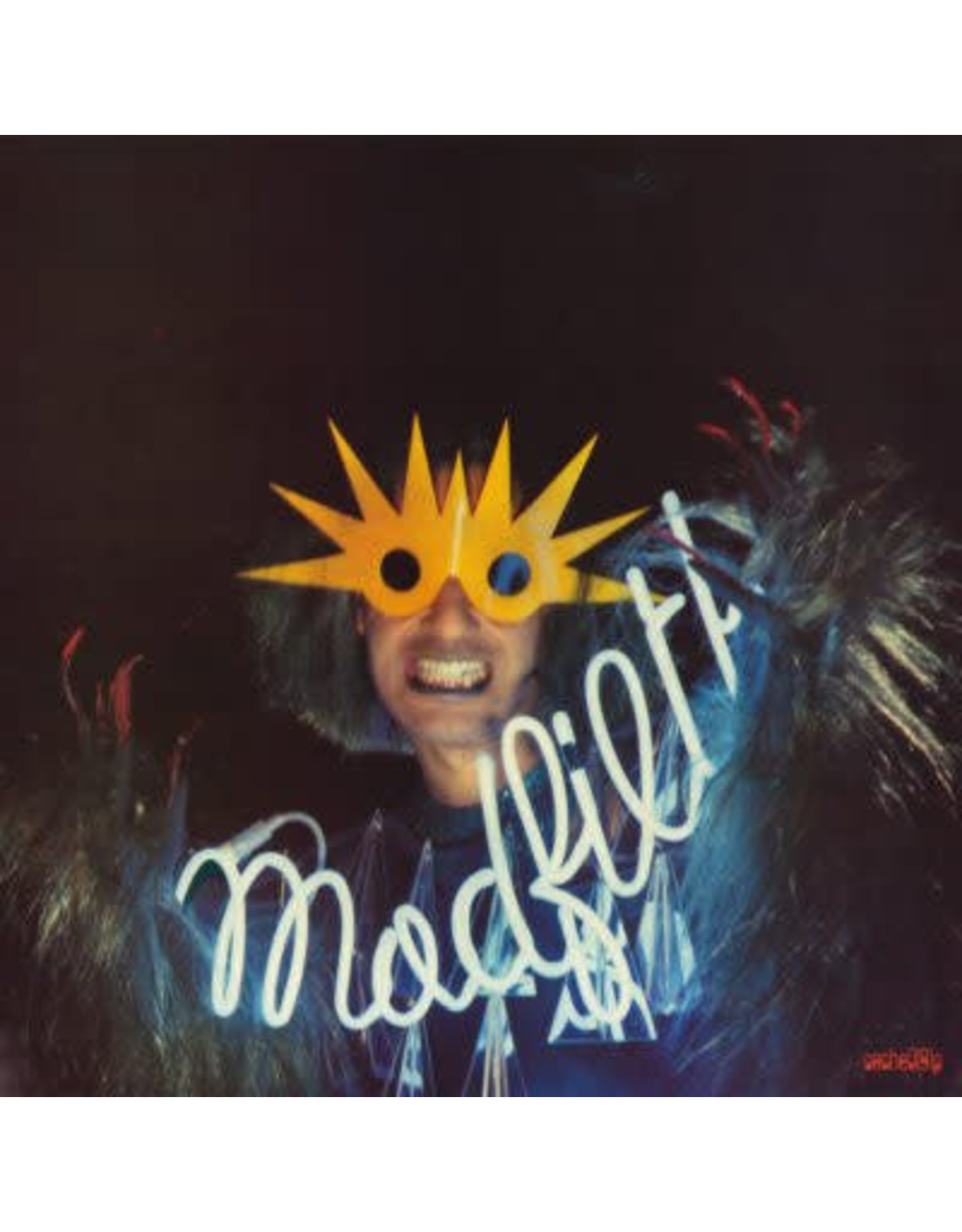 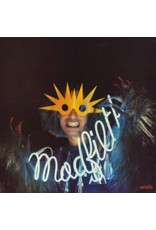 From the pumping heart of The Magnetic System comes the “dirtiest” Da-Da-dancefloor anti-jams with this lost 1979 blueprint of Italian conceptual cosmic disco played by the cream of the Goblin studio band. Ultra rare and unscrubbed, Finders Keepers finally snip the trip from the cash machine to the trash machine. Pay dirt just got dirtier.

Carving its own grubby niche as an early prototype of cosmic disco cum Italo space funk whilst simultaneously harbouring Dada hat stand satire with a junkshop glam aesthetic this ecological illogical political crab cabaret clearly broke the mould before way before the jelly had set. Fans of “other” obtuse outernational agit-camp might find a fantasy fusion between France’s J. P. Massiera and Sweden’s enviroMENTAL marvel Kaptain Zoom while trying to unravel the Madfilth tangle – but rest assured there were method men behind this madness and a portal to Italian funk royalty still festers at the bottom of the psych rap scrapheap. Originally drip fed out of Cesare Andrea Bixio’s Cinevox stable as one of a tight grip of non-soundtrack LPs, made to test the label’s commercial potential, Madfilth would follow the band Goblin (and their non-cinematic Roller) as well as the hens’ teeth eponymous long player by the group The Motowns in what was perhaps the last-ditch attempt at custom built popsploitation – combining the skills of overqualified composers with undercooked conceptual mind farts! Naturally, after almost 40 years in the barrel, this micro-brewed oddity finally quenches the acquired taste of a new breed of shambolic psychotropic guzzlers proving that 1979 was obviously good year for fool’s gold. The Madfilth medicine has finally come to cure your psychic ills so open wide and don’t bite the spoon.

As both doctors and diggers will agree, always read the label. It is beneath the flamboyant rhythm rants and vari-speed osric slop of alt-comedic sarcy-satirist Alberto Macaro (a genetic beneficiary of a vaudevillian comic bloodline) that we find The Magnetic System maestros Franco Bixio and Vince Tempera as the sonic driving force behind this unmarked treasure trove of B-musical diamanté discoids. It will also come as little surprise that Cinevox/Dario Argento favourites Goblin were not too distant from the whiff of this curates egg with the men who many consider to be the group’s greatest assets in bass player Fabio Pignatelli alongside sports rock drummer Agostino Marangolo. It was this unison that remained consistent throughout Goblin’s career, weathering the temporary departure of Claudio Simonetti and maintaining the stylistic heartbeat of the group. Madfilth’s inclusion of Goblin synth Maverick Maurizio Guarini and the band’s mid-period guitarist Carlo Penessi (founder of the band Etna) pinpoints the jobbing Goblin session group during the time they recorded the soundtracks for the films Buio Amiga and Squadra Antigagsters.