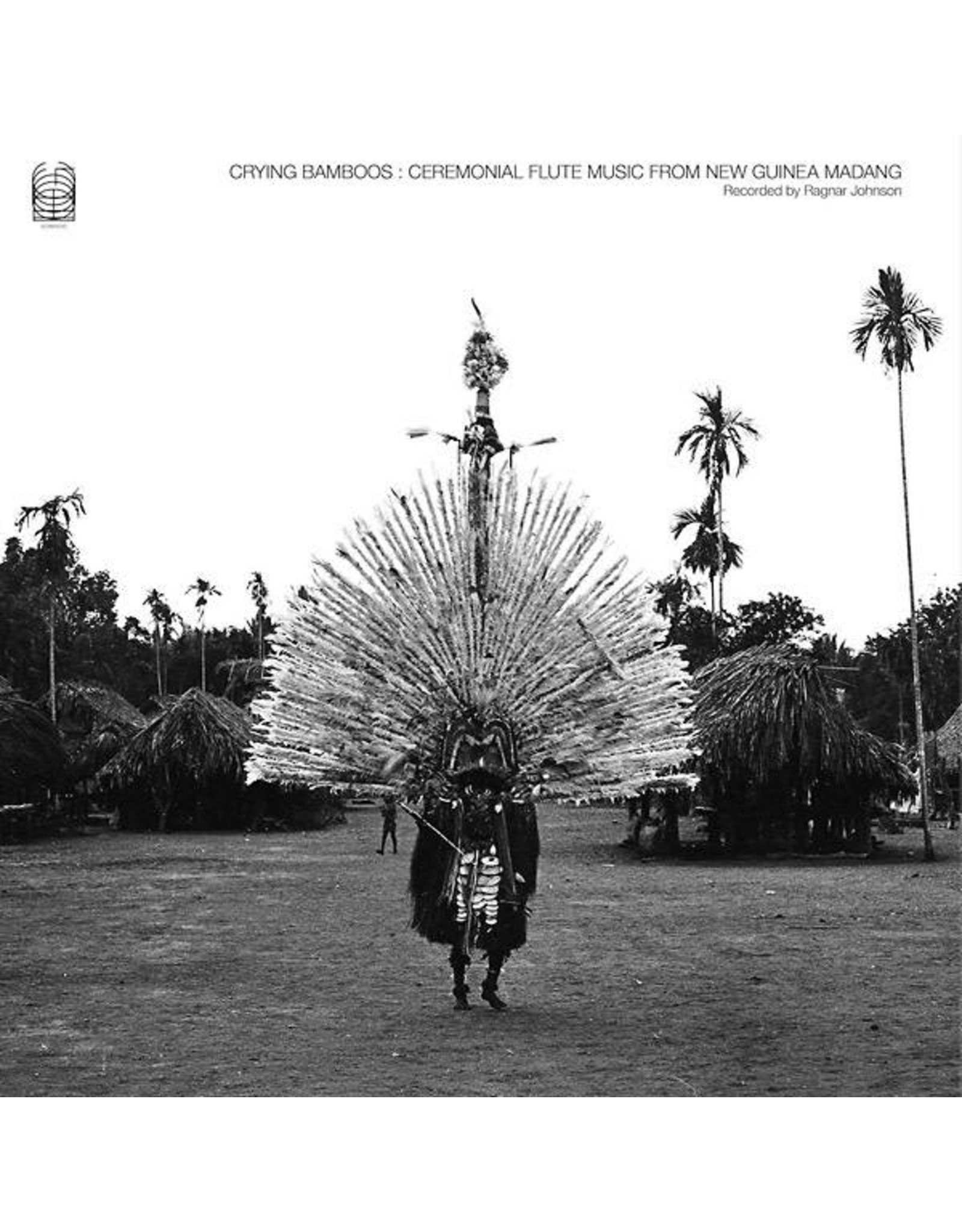 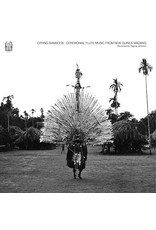 Crying Bamboos is a translation of the pidgin description of the sound of sacred flutes: "Mambu i cry, i cry, i cry". Sacred flutes are blown to make the cries of spirits by adult men in the Madang region of Papua New Guinea. Pairs of long bamboo male and female flutes are played for ceremonies in the coastal villages near the Ramu River. There are seven male initiation flute cries from Bosmun, four flute cries from Bak: Borai with occasional single garamut percussion and two flute cries from Kaean, one with vocals and hand drums. The flute players were of the last generation to have learned this skill during a complete cycle of male initiation. These previously unreleased recordings were made by Ragnar Johnson in 1979. Notes by Ragnar Johnson and Jessica Mayer; Photographs by Ragnar Johnson. Tape to digital transfer and mastering by Dave Hunt at Dave Hunt Audio, London; Cut by Rashad Becker at Dubplates and Mastering, Berlin.