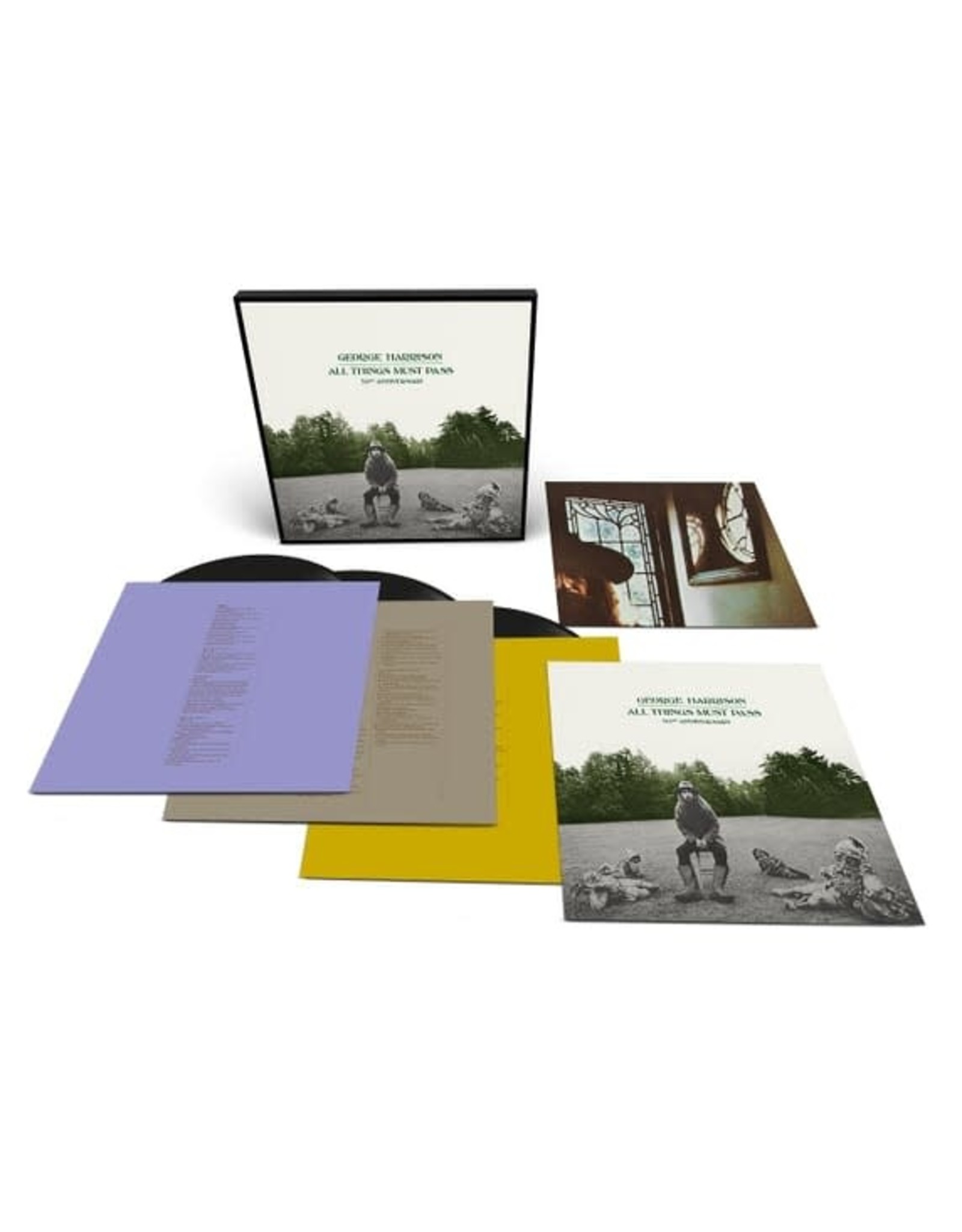 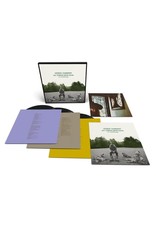 George Harrison's indelible 1970 triple album All Things Must Pass has been completely remixed from the original tapes, to be released by Capitol/UMe in August 2021 in suite of 50th anniversary reissues that fulfill Harrison's longtime desire for the record. The new editions have been executive produced by George's son Dhani Harrison, product produced by David Zonshine and mixed by triple Grammy-winning engineer Paul Hicks (The Beatles, The Rolling Stones, John Lennon). The new mix gives the record a brighter, fuller and better sound than ever before. The main 23-track album, produced by George and Phil Spector, is available here on 180g vinyl 3LP. The discs are contained in a slim box, including a poster and an 8-page insert with photos and notes from Dhani and Paul on remixing the album.

The scope of Harrison's songwriting remains breathtaking on All Things Must Pass – his deeply personal introspection and striking wit is matched by the album's boldly extravagant production. With its densely orchestrated textures and eclectic embrace of myriad genres, Harrison and Spector's groundbreaking sonic approach set a grand blueprint for countless artists to follow. Harrison had been stockpiling material for nearly half a decade, with a number of songs – including "Isn't It A Pity" and the title track – rehearsed with, but not recorded by, The Beatles. Further songs evinced Harrison's growing frustration over those preceding years, including "Wah-Wah," the dramatic "Beware of Darkness," and the previously unreleased "Run Of The Mill," the latter named by both George and Olivia Harrison as one of their all-time favorites.

Harrison wrote in the liner notes for the album's 30th anniversary remaster of 2001: "I still like the songs on the album and believe they can continue to outlive the style in which they were recorded." But he added: "It was difficult to resist remixing every track. All these years later I would like to liberate some of the songs from the big production that seemed appropriate at the time." Adds Dhani of the remixing project: "Bringing greater sonic clarity to this record was always one of my father's wishes and it was something we were working on together right up until he passed in 2001. Now, 20 years later, with the help of new technology and the extensive work of Paul Hicks we have realized this wish and present to you this very special 50th Anniversary release of perhaps his greatest work of art. Every wish will be fulfilled." 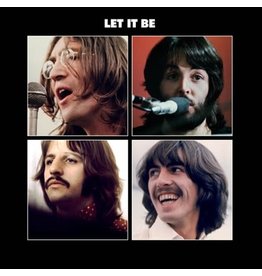 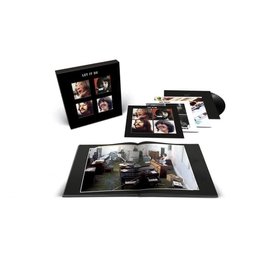