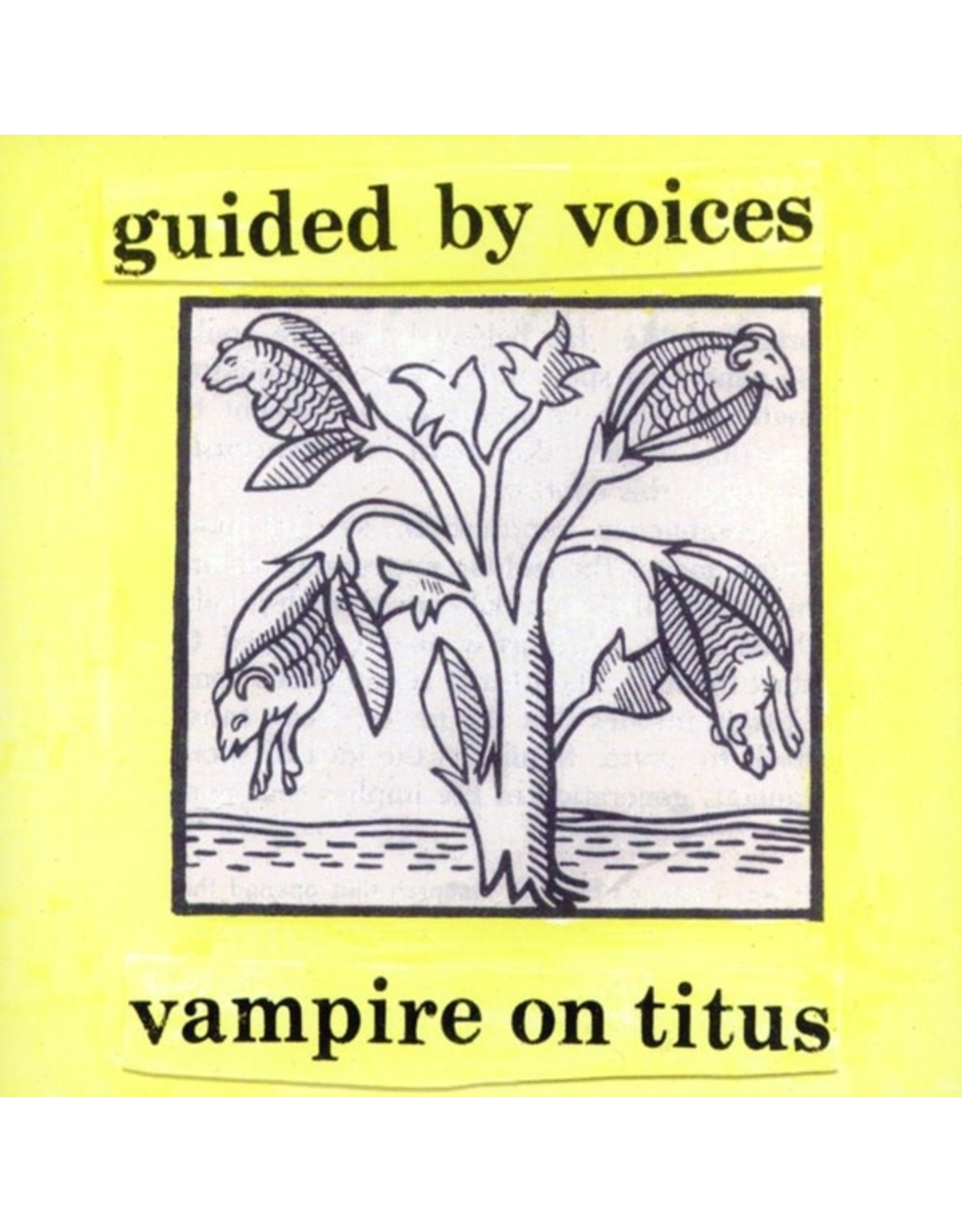 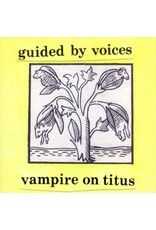 "We are pleased to announce a new vinyl pressing of the classic Guided By Voices album, Vampire on Titus. Although there were several different pressings in the 1990s, this is the first since 1998. This edition features a new master cut at Golden, is packaged in a sturdy tip-on jacket, and includes Bob's original insert, now enlarged to a more readable size. A limited quantity will be available on opaque yellow vinyl, the remainder virgin black. Originally released in 1993, Vampire was not unique at that time in its 4 track recording methodology, but it was perhaps the first to garner major media attention. Many minds were blown, and a few were baffled enough to return the album to the store, believing the crude sound meant their copy was defective. Vampire occupies a unique place in the GBV discography. The album is a snapshot of a brief time in the band's history, a turning point after having broken up the previous year. It does not include any older or last-minute material. Although sonically consistent, the songs exhibit tremendous variety, skirting several genres and many moods. The lineup is just a trio: Robert Pollard and brother Jimmy with Tobin Sprout. Although it could be described as one of GBV's 'difficult' LPs, it has several songs that could've been standouts on Bee Thousand or Alien Lanes. It was their first album that was not self-released. It is an innocent album, unaware of its audience, and fearless to the core as only true outsiders can be. As such, Vampire on Titus is an essential piece for even the more casual fan of the band. It's also just a damn good album that's held up to repeated listens for a quarter century."