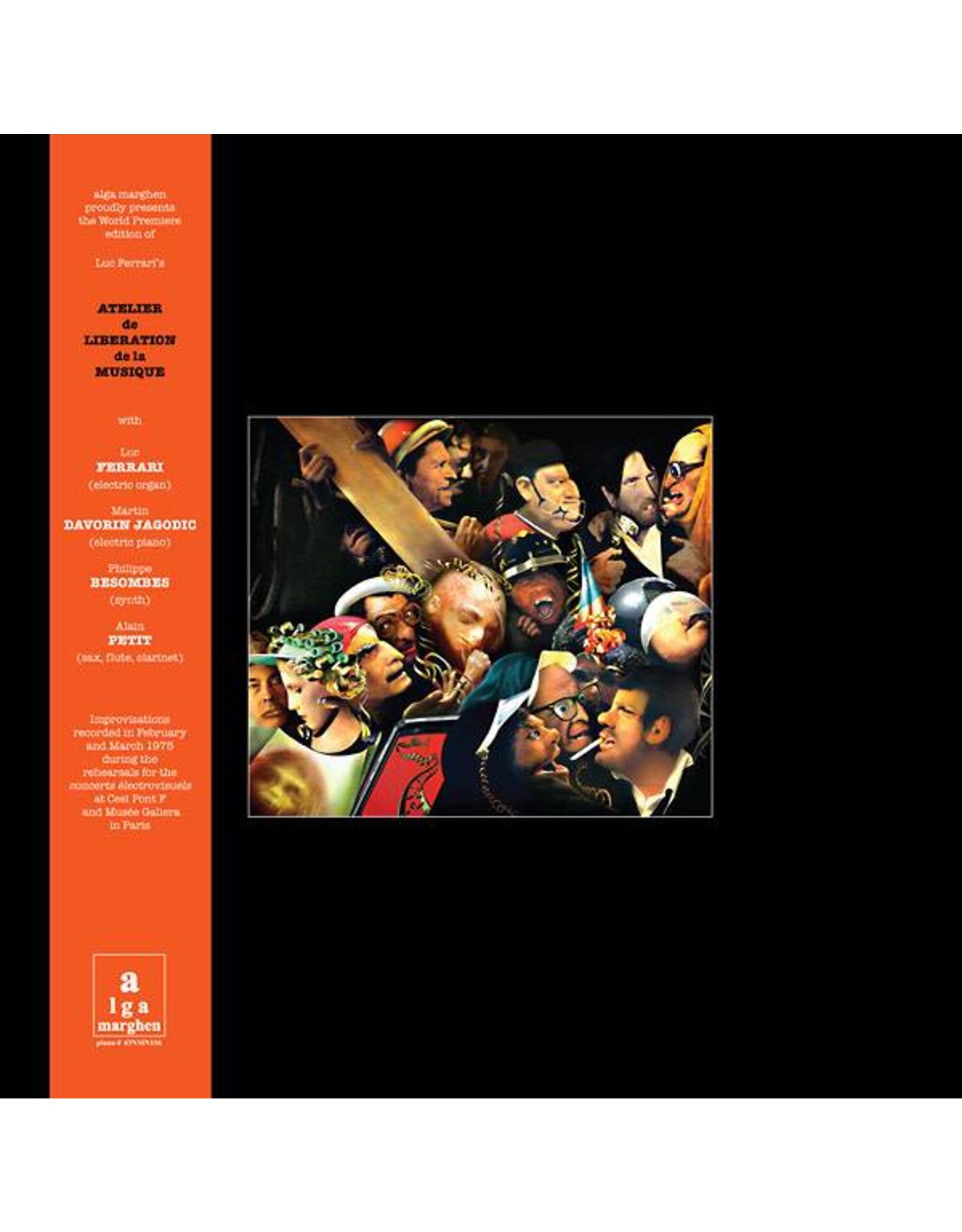 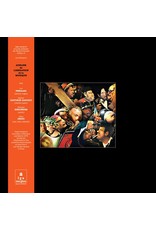 Alga Marghen present recordings from Luc Ferrari's Atelier De Libération De La Musique, a collective he created together with Martin Davorin Jagodic, Philippe Besombes, and Alain Petit in 1975 for a series of performances at the Galliera Museum in Paris. It was in those years that Luc Ferrari investigated open forms and created some of the most experimental and elusive works of his entire catalog. "Exercices D'improvisation", first recorded by Brunhild Ferrari with GOL, issued on PLANAM in 2010; but specially "Ou Donc Est-T-On?", a very complex piece forthcoming on Alga Marghen including both "Dance", issued on Alga Marghen on the occasion of the presentations at Centre Pompidou in 2009 and "Ephemere", issued on CD by Alga Marghen in 2010, as well as the "Labyrinthe De La Violence", an audio-visual permanent labyrinth for which Ferrari created four fantastic electronic music pieces forthcoming on Alga Marghen. After these experiences the composer decided to discontinue these open practices for a more controlled work in the studio. And within the "Labyrinthe De La Violence" installation Luc Ferrari conceived a series of electro-visual concerts to be performed by the newly created Atelier De Libération De La Musique. The collective included some of the most creative artists of the time: together with Luc Ferrari playing the electric organ you find on electric piano Martin Davoric Jagodic (whose masterpiece of electronic music titled Tempo Furioso was issued on Cramps in Italy that same year), on synthesizer Philippe Besombes (of Pole fame) and on sax, flute, and clarinet, Alain Petit (who was at the time collaborating with Besombes at the wonderful Besombes / Rizet double LP). These four artists met in February and March of 1975, rehearsing for a series of concerts to take place within the audio-visual labyrinth. It is the previously unheard recordings from these wild rehearsals which make up this incredible LP. The sound of Atelier De Libération De La Musique is a thrilling and overwhelming ride. Rattling, difficult polyrhythms play against droning, pulsing and simmering sonorities. These recordings are human and open, wild and incredibly ahead of their time. Obi strip; Edition of 500 (numbered).