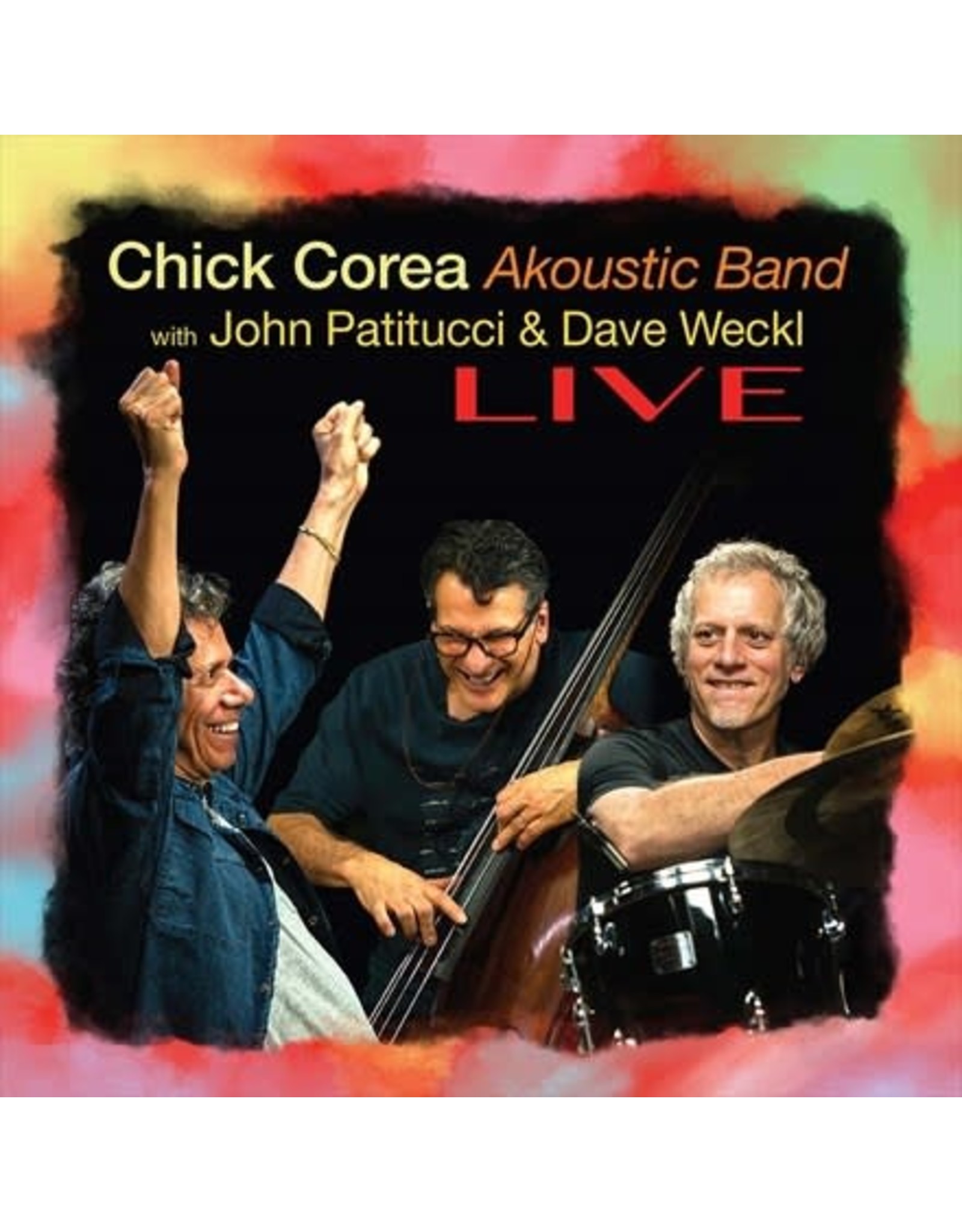 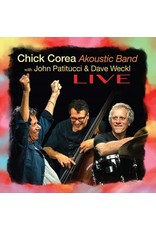 The jazz world was stunned and saddened by the unexpected passing of legendary pianist Chick Corea on February 9, 2021, from a rare form of cancer. In a posthumous statement released on his Facebook page, Corea bid farewell to his compatriots and fans in the same joyous spirit with which he always approached the keyboard: "I want to thank all of those along my journey who have helped keep the music fires burning bright. It is my hope that those who have an inkling to play, write, perform or otherwise, do so. If not for yourself then for the rest of us. It's not only that the world needs more artists, it's also just a lot of fun." Two of the gifted musicians who'd helped Chick keep those fires burning so brightly were bassist John Patitucci and drummer Dave Weckl, the pianist's bandmates in his storied Akoustic Band. Corea worked hard making sure everything was just right for this first release by the trio in over two decades. Straightforwardly titled Chick Corea Akoustic Band Live, the triple vinyl set was recorded January 13, 2018 at SPC Music Hall in St. Petersburg, Florida. The Concord Jazz release serves as a celebratory reminder of Corea's singular genius, with more than two hours of inspired playing and spirited camaraderie. Under any circumstances, these thrilling live recordings would be a welcome addition to Corea's prodigious discography. With the news of his passing still so fresh in listeners' minds, its release comes as an opportunity for fans to bid farewell while cherishing the communal energy and playful vigor that made the pianist a favorite of jazz lovers around the world for nearly 60 years. And the reunion of the Akoustic Band is emblematic of the esteem in which Corea held his fellow musicians, as he made sure to express in his final statement.