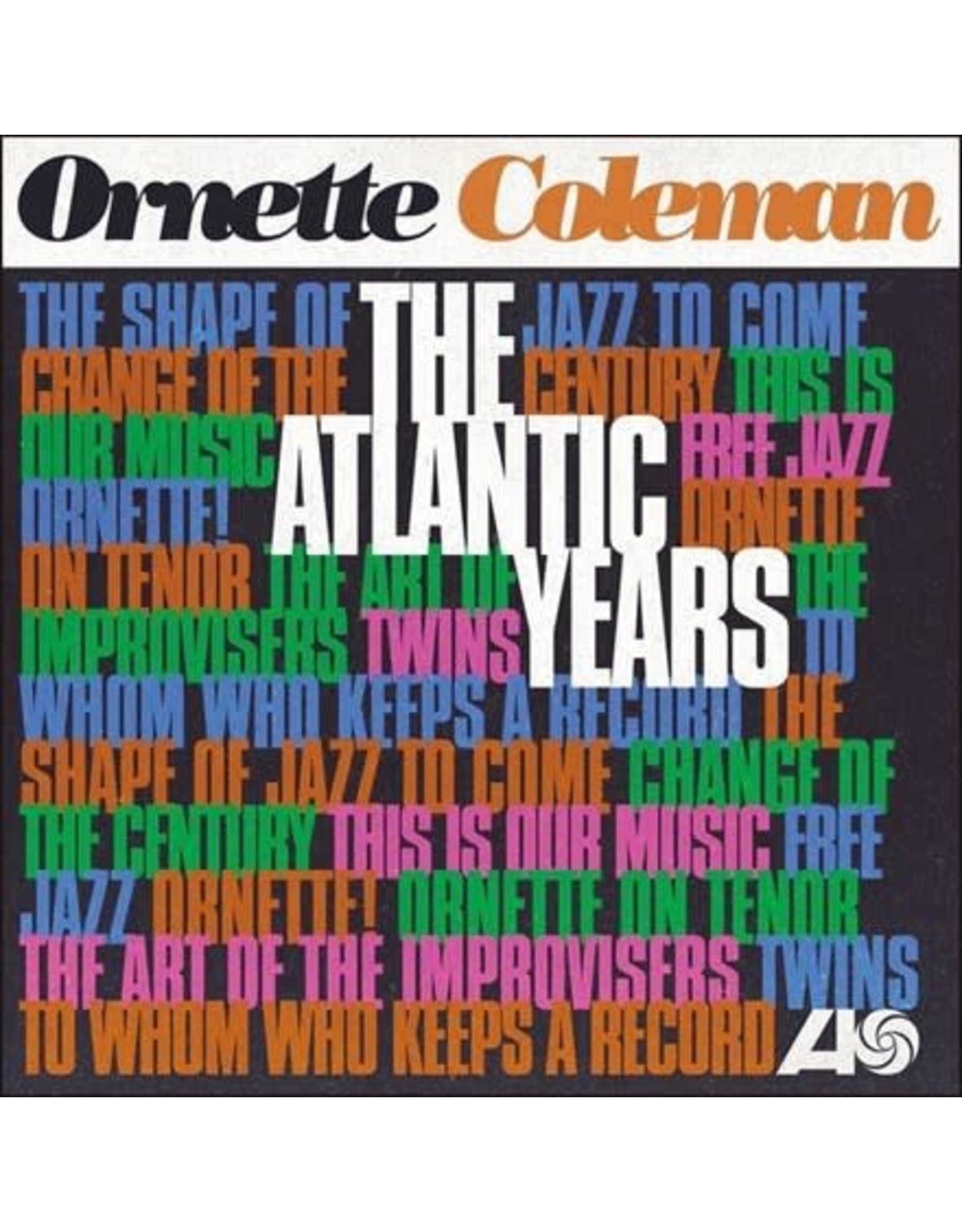 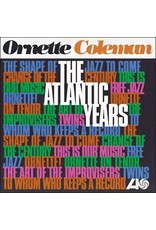 Ornette Coleman recorded one of the greatest bodies of work in jazz during a 22-month-long burst of creativity. Between 1959 and 1961, the saxophonist/composer released six studio albums on Atlantic Records that helped usher in the avant-garde, free jazz movement. Those albums, along with more than two hours of session outtakes, are featured together in the ten LP box set The Atlantic Years, all with newly remastered audio by John Webber at AIR Studios. Several of these titles are long out-of-print on vinyl. The Ornette Coleman Legacy, featuring six songs originally released for the first time in 1993 as part of the CD box set Beauty Is A Rare Thing, makes its vinyl debut. The albums featured in the set are: The Shape Of Jazz To Come (1959), Change Of The Century (1959), This Is Our Music (1960), Free Jazz: A Collective Improvisation (1960), Ornette! (1961), Ornette On Tenor (1961), The Art Of Improvisers (1970), Twins (1971), To Whom Who Keeps A Record (1975), and The Ornette Coleman Legacy (1993). The ten LPs are pressed on 180g vinyl and presented in replica European-style 1960s jackets in a side-loading slipcase. A 12 x 12 booklet with new liner notes written by renowned author-music critic Ben Ratliffand rare pictures taken by legendary jazz photographer Lee Friedlander round out the essential package.