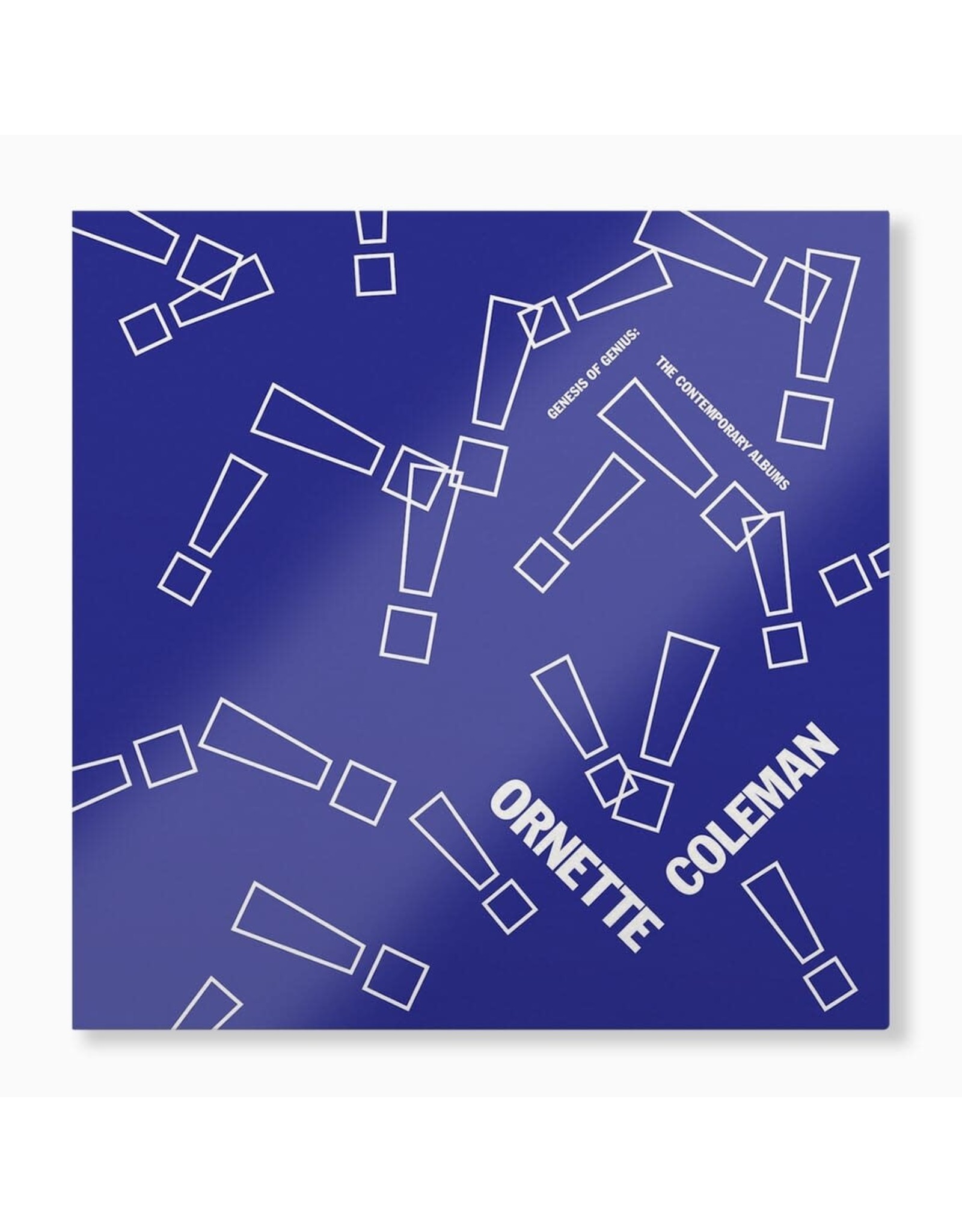 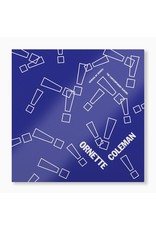 Both albums were originally recorded by legendary engineer Roy DuNann, the man responsible for the famously pristine sound quality of Contemporary albums, and have been newly mastered for this release by Bernie Grundman, who himself got his start at Contemporary, mentored by DuNann. The 180-gram 2LP-set will be pressed at RTI and has been cut from the original analog tapes to lacquer. The deluxe box set also includes a 32-page booklet with archival photos and extensive new liner notes by Grammy Award-winning music historian Ashley Kahn. The LP jacket replicates the original tip-on versions.

Largely avoided by his colleagues on the L.A. jazz scene in the late 1950s, Coleman found an open door at Contemporary Records, where the label's founder Lester Koenig was intrigued by his melodic sensibility and unorthodox approach to phrasing. After his Contemporary albums, Coleman quickly went on to New York City and turned the jazz scene on its head, but it was Koenig who provided the first glimpse of the saxophonist's new approach to rhythm and harmony.

"These two recordings are the accessible gateway to Ornette Coleman's music," says Nick Phillips, the producer of Genesis of Genius. "He's expanding on the bebop vocabulary and at this point he's using traditional forms for most compositions, 12-bar blues and AABA song form, but doing something totally different. With Ornette and Don Cherry's trumpet in the front line, the way they play and phrase and shift rhythms together, it sounds very loose but very tight."

Featuring Coleman's working band with Don Cherry on trumpet, pianist Walter Norris, bassist Don Payne and drummer Billy Higgins, Something Else!!!! sounds less radical today than strikingly individual and steeped in the blues. With nine Coleman originals, the session introduced several tunes that became standards, including "The Blessing" and "When Will the Blues Leave?" Featuring Cherry, Shelly Manne, and either Percy Heath or Red Mitchell on bass, the emphatic, piano-less follow up Tomorrow Is the Question! made it clear that Coleman's concepts were both insistently innovative and tethered to bedrock African American idioms. Consisting entirely of Coleman originals, the album introduced several more tunes that became an essential part of the jazz canon, including "Tears Inside," "Rejoicing" and "Turnaround."

More than a seminal improviser and composer who exponentially expanded jazz's rhythmic and harmonic frontiers, Coleman embodied the playfully heroic duality-erasing ideal at the center of African American musical innovation. Radical and rootsy, avant-garde and populist, philosophical and visceral, genius and trickster, Coleman was born and raised in Ft. Worth, and the wailing Texas blues was woven into his sound. By the time he settled in Los Angeles in the mid-1950s he'd spent years on the road playing blues and R&B, imbuing a gutbucket sensibility that he carried with into every musical setting.

L.A. beboppers often treated him with disdain, perceiving his unorthodox note choice as lack of chops, but he slowly found a brilliant cadre of musicians who embraced his musical vision, including pianist Paul Bley, drummers Billy Higgins and Eddie Blackwell, bassist Charlie Haden and Don Cherry. The Contemporary albums paved the way for Coleman's fall 1959 triumph in New York City, with Tomorrow Is the Question! hitting stores the same month that his quartet started an extended run at the Five Spot, arguably the most consequential and controversial gig in jazz history.

Alternately championed and denounced by his musical peers and critics, Coleman found a new home at Atlantic Records, where he continued expanding his gorgeous, searing, utterly human approach to music. But it was Lester Koenig who first recognized Coleman's genius when he walked into his Melrose office at a time when the saxophonist wasn't even welcome on most bandstands. 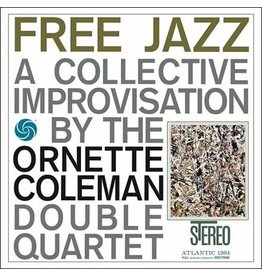 The term 'free jazz' was already in existence – but it had a quite different meaning, namely jazz without paying for an entrance ticket. The album Free Jazz, however, was intended to lend its name to a quite different style of jazz. 'Free' playing – now t
Add to cart
Coleman, Ornette: Free Jazz LP
C$44.99 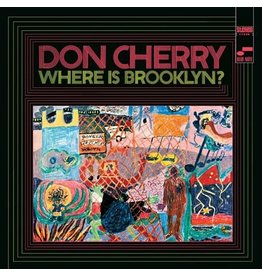 Blue Note Records has announced the continuation of the Classic Vinyl Reissue Series which presents 180g vinyl LP reissues in standard packaging mastered by Kevin Gray and manufactured at Optimal. The pressings are all-analog whenever an analog source is
Add to cart
Cherry, Don: Where Is Brooklyn? (Blue Note Classic Series) LP
C$35.99 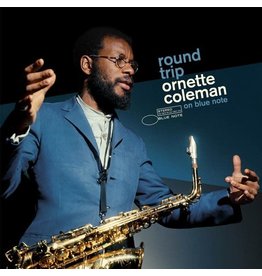 Iconoclastic saxophonist and composer Ornette Coleman shook the jazz world when he arrived at the Five Spot Café in New York City in 1959 and began his run of seminal albums on Atlantic that laid the foundation for the free jazz movement to come. After a
Add to cart
Coleman, Ornette: Round Trip: The Complete Ornette Coleman (Tone Poet Series) LP
C$299.99 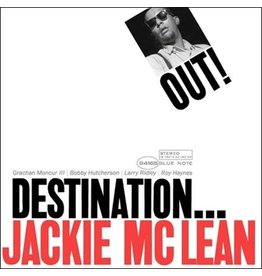 Blue Note Records has announced the continuation of the Classic Vinyl Reissue Series which presents 180g vinyl LP reissues in standard packaging mastered by Kevin Gray and manufactured at Optimal. The pressings are all-analog whenever an analog source is
Add to cart
McLean, Jackie: Destination Out! (Blue Note Classic) LP
C$35.99
Please accept cookies to help us improve this website Is this OK? Yes No More on cookies »