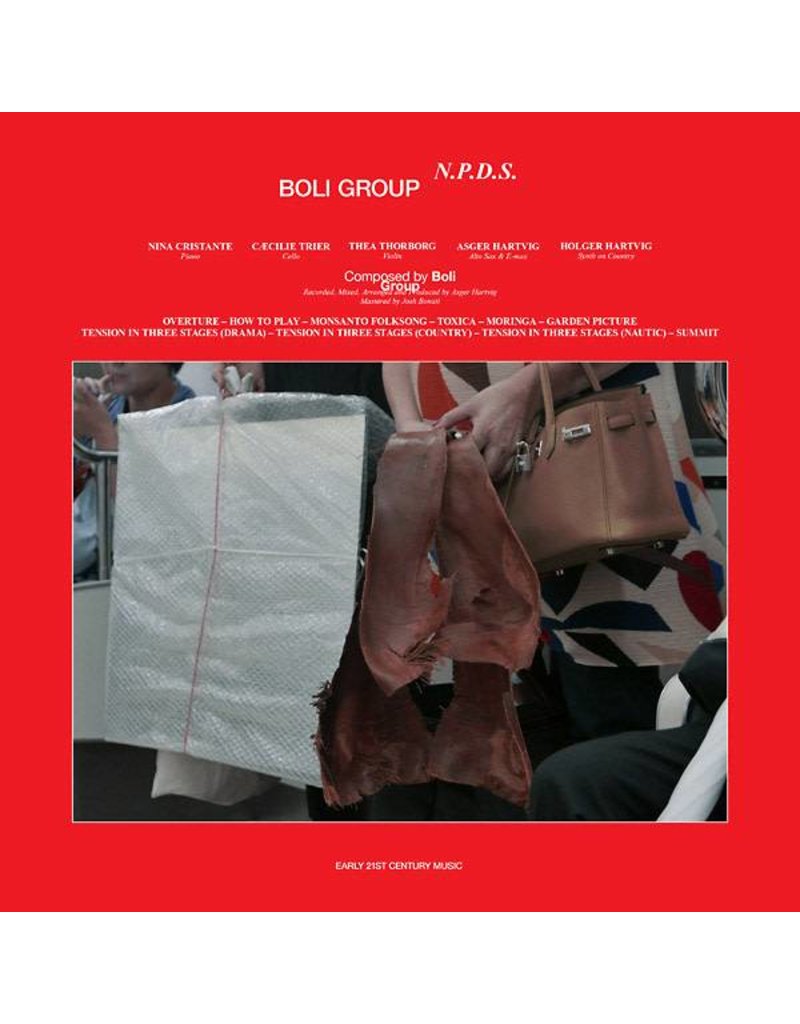 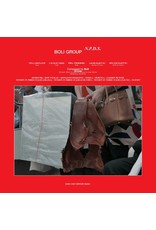 Boli Group is a new ensemble spearheaded by Copenhagen-based composer and producer Asger Hartvig. Responsible for some of the most fearless and intriguing works to come from the city in recent years, Hartvig is as imposing as he is mysterious, and his debut release for Posh Isolation makes no concessions. Hartvig is perhaps best known for his work with the group Synd Og Skam. And though less known, Brynje 1&2 is just as exceptional. Taking both technology and classicism as allegories, each group charts routes in and out of pop music, somehow arriving at an observer's distance to the distinct stylistic choices in the process. The label Visage has published the best of this, and the logic has certainly been carried into Boli Group LP, the latest offering from Hartvig and his distinguished ensemble of Nina Cristante, Holger Hartvig, Thea Thorborg, and Cæcilie Trier. N.P.D.S. is willingly dramatic, though it never plateaus into melancholia. Hartvig pirouettes at the edge with the sorrowful string arrangements and the pristine timbre of the piano, the immediacy of the acoustics always binding the listener tightly to the risk. Pastoral and meditative, the electronics don't tamper with the delicate fabric being woven. They always register as supportive and understated. The synthetic hum, occasionally yielding a doleful melody as it does, manages to imbue a naiveté to this contemporary and subtly idiosyncratic chamber music. The album's secret, barely kept through the minimalism, is its distinct folk noir quality in holding it.