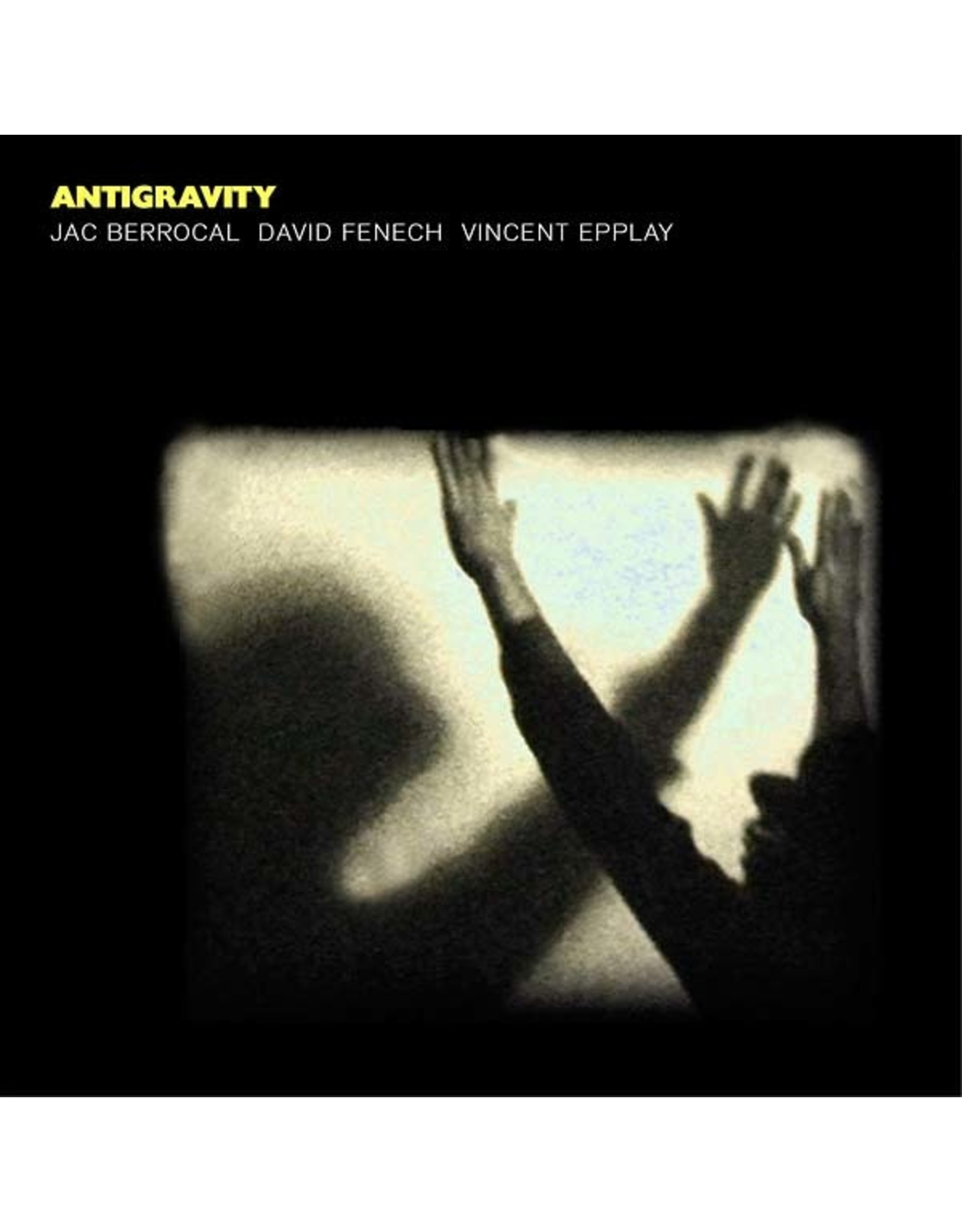 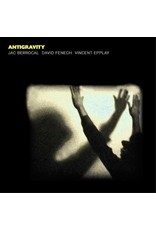 Legendary trumpeter Jac Berrocal joins two fellow travelers in the French avant-garde, David Fenech and Vincent Epplay. A lugubrious mise-en-scène in which ice-cold outlaw jazz meets musique concrète, DIY whimsy, and dubwise studio science, all watched over by the lost souls and hungry ghosts of rock 'n' roll. The trio's first album together, Antigravity is a richly imagined universe combining original compositions and détourned standards. Berrocal revisits his own signature piece "Rock 'n Roll Station," which first appeared on his '77 LP Parallèles (TES 037CD) with chain-wielding, leather-clad wildman of British rock 'n roll Vince Taylor singing the lead, and Berrocal on mic'd up bicycle; here, the Frenchman takes the vocal reins. A barely recognizable interpretation of Talking Heads' "The Overload" pushes beyond the bush of ghosts into a fourth world dread-zone of stalking drum-machine rhythms, humid electronics, and jagged guitar phrasing, while "Where Flamingos Fly" reroutes the Gil Evans Orchestra's classic rendition through the seamiest back-streets of the 13th arrondissement; there, as on the trio's reading of "Kinder Lieder," the mood is romantic, but stark, isolationist: imagine Chet Baker falling through the glacial sound-world of early PiL or Scott Walker's Climate of Hunter. Originals include the agitated Iberian psychedelia of "Spain," and "Panic in Bali," which begins in seemingly trad-jazz fashion only to swell into a cacophony of a gurgling electronics and fevered "Lonely Woman" quotations. "Solaris" is a swirling, suspenseful arabesque of whiplash guitars and Black Ark FX, Berrocal's trumpet hitting deep blue notes while his vocals are sliced and diced and tossed into a yawning void of tape-delay -- like Antigravity at large, the result is oblique, dissolving, forever out of reach. Despite the chilly, sometimes austere mood of the album, it is, ultimately, a deeply human and welcoming work, with a playfulness and sly humor pervading; see the anarchic cross-hatch of "Ife Layo," or the CD-only track "L'essai des Suintes ou le bal des Futaies," Berrocal's poetic disquisition on the infinite variety of female genitalia. Mischief and misdirection are rife here, and fans of Officer!, Henry Cow, and the ReR axis will find much to chew on. Play, as we know, is serious business. Put another way, and to quote Berrocal entirely out of context, Antigravity is completely crazy, completely timeless, completely out. As its title suggests, the objective is nothing less than lift-off, weightlessness, a total unshackling from earth. Sunglasses on, collar up, let's go.