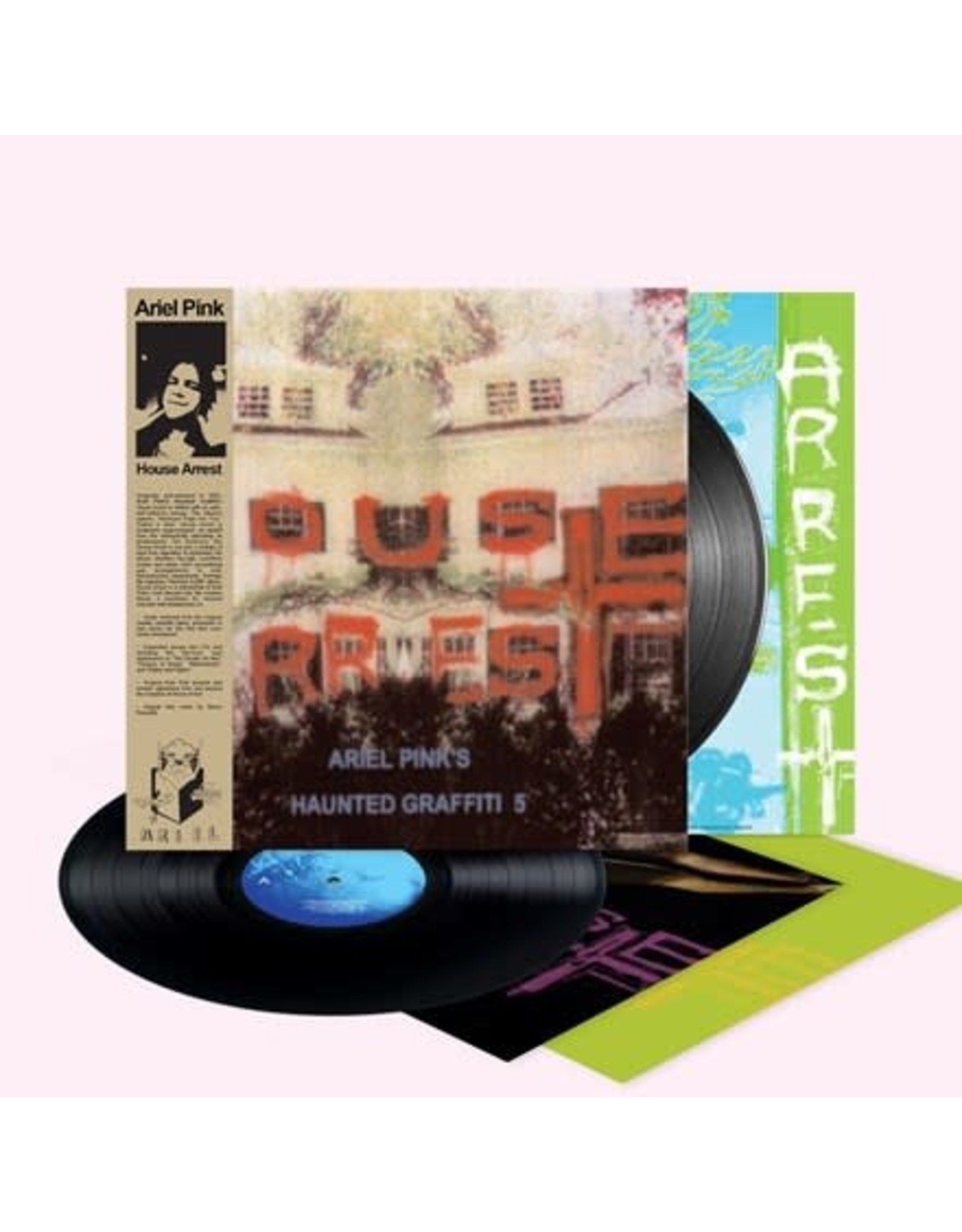 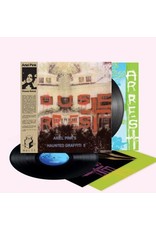 Ariel Archives is a comprehensive series of reissues and retrospective collections concentrating on the treasure trove of material recorded and released by Ariel Pink as Ariel Pink's Haunted Graffiti. After beginning the series with Underground, Odditties Sodomies Vol. 2 and Loverboy, the archival journey continues with Worn Copy, The Doldrums and House Arrest representing Ariel's most classic recordings as Ariel Pink's Haunted Graffiti, the name used for his one-man recording venture between 1999-2004. Each new edition has been restored from the original cassette masters, which have been retransferred and remastered from single-track sources. Originally self-released in 2002, Ariel Pink's Haunted Graffiti's House Arrest is riddled with an anti, self-reflexive energy. The album's opener, "Hardcore Pops Are Fun," makes it clear: House Arrest is exuberant, supercharged - an upshift from the melancholia saturating its predecessor The Doldrums. But House Arrest is not just a change of tone from alienation to joyfulness; the album shuffles through countless modes and styles, from conventional pop arrangements to wild, experiments. Perhaps the signature Haunted Graffiti album, House Arrest is a self-portrait of Ariel Pnk's mad descent into the creative abyss, a manifesto for musical outcasts with headphones on. Oddly, albums such as The Doldrums, Worn Copy and House Arrest were not widely embraced initially, though their inventiveness and strange beauty was usually recognized by reviewers, if not begrudgingly. Critical opinion was divided: Ariel Pink was either a self-indulgent "weirdo" or a pop music genius. Responding to the original press-release for Worn Copy, reviewers echoed its bafflement: Did he really make those drum sounds with his mouth? There was also a sense that Ariel Pink's new cult-ish fan base would elevate him to the status of a rock star. Critics didn't seem to like it. Ariel Archives makes an effort to reckon with the remarkable volume of outstanding music Ariel Pink made during this time. Rapidly evolving from crude proto-punk experiments to an adventurous home-recording aesthetic that explored a wide continuum of pop music, Ariel Pink developed a sound and image that would prove highly inventive and hugely influential. Early recordings by Ariel Pink mined his musical obsessions. Underground, for example, fused basic elements from krautrock, post-punk, and Industrial/goth music. But soon these expressions of homage and youthful imitation lead Ariel Pink into a deep creative rabbit hole that became the genesis of the Haunted Graffiti catalogue of music. In total Ariel Archives will include six definitive reissues of key Haunted Graffiti albums: Underground, The Doldrums, Loverboy, House Arrest, Scared Famous and Worn Copy. Two new volumes of Odditties Sodomies will appear along with a new edition of Vol. 1, previously out-of-print. Ariel Pink and Matt Fishbeck's co-written album as Holy Shit, the laid back and tuneful Stranded at Two Harbors, will be released for the first time on vinyl. There will also be a new standalone collection drawn from Ariel Pink's non-album singles and CD-Rs. Twenty years on, Ariel's music still stupefies. The quantity of ideas and moods expressed through a modest recording enterprise seems supernatural, not human. Indeed, Hedi El Kohlti, in his superb new liner notes for Underground, compares Ariel's explosive creative period between 1998 and 2004 to a character in Phillip K. Dick's A Scanner Darkly who has all of 20th century modern art beamed into his brain at flash cut speed. Did Ariel Pink, at the age of 20, receive a similar instantaneous "download" of all of the secrets of pop music? 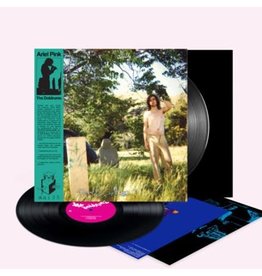 Ariel Archives is a comprehensive series of reissues and retrospective collections concentrating on the treasure trove of material recorded and released by Ariel Pink as Ariel Pink's Haunted Graffiti. After beginning the series with Underground, Odditties
Add to cart
Ariel Pink: The Doldrums LP
C$41.99 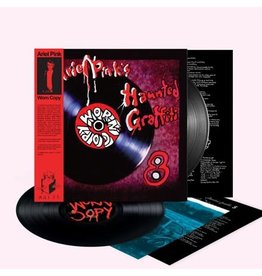 Ariel Archives is a comprehensive series of reissues and retrospective collections concentrating on the treasure trove of material recorded and released by Ariel Pink as Ariel Pink's Haunted Graffiti. After beginning the series with Underground, Odditties
Add to cart
Ariel Pink: Worn Copy LP
C$41.99
Please accept cookies to help us improve this website Is this OK? Yes No More on cookies »